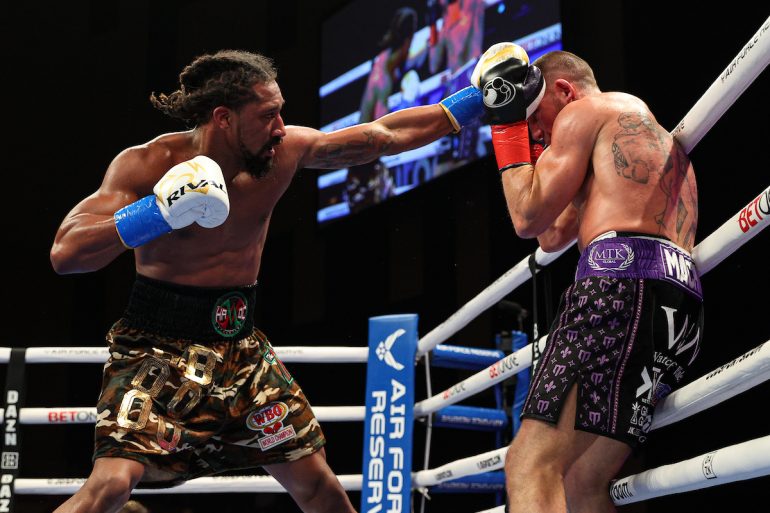 There wasn’t much that missed from Andrade, but his uppercuts were particularly accurate, splitting the guard repeatedly and highlighting Williams’ vulnerability. Andrade rocked Williams just seconds into the fight, and scored the fight’s only knockdown in Round 2 with a straight left near the end of the round.

Andrade knocks Williams down in the 2nd! 🔥 pic.twitter.com/lAQjSdAa51

Andrade remained slippery throughout, but was stunned on a few occasions, particularly in the ninth, when a straight right hand to the jaw sent him to the ropes.

Andrade believes the hardware he brings with him should be enough to get someone notable in the ring.

“I shouldn’t have to inspire anyone to get into the ring for a belt, an undefeated record and a whole lot of money on the table, so whenever we could sit down at the table and make something happen, I’m willing to do it,” said Andrade in the post-fight interview. “I’m willing to risk it all.”

Promoter Eddie Hearn feels that, at age 33, Andrade may finally be vulnerable enough for the bigger names at 160 pounds to take a risk against him.

“It was a great performance from him tonight but he was hurt twice, wasn’t he? He looked tired, I don’t think he made the weight great, was that because maybe he’s not as motivated to fight these guys?,” said Hearn. “But he can’t make 160 forever, so if I’m Gennadiy Golovkin or I’m Jermall Charlo, I’m looking to jump on Demetrius Andrade now.”