Ray Robinson to return versus Cleotis Pendarvis on February 26 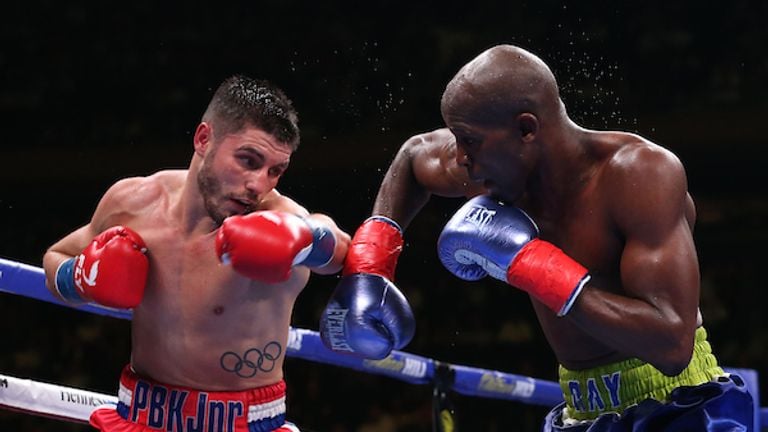 Ray Robinson will fight for the first time in nearly three years.

The hard-luck kid will end the longest layoff of his career when he returns on February 26 to take on veteran Cleotis Pendarvis in an eight-round main event, at 2300 Arena, in Philadelphia, Robinson’s hometown.

Robinson (24-3-2, 12 knockouts), who has fought at welterweight for most of his career, confirmed to The Ring on Friday afternoon that he is moving up to the junior middleweight limit of 154 pounds for the bout.

The 36-year-old is not only returning from a 32-month hiatus but he will also look to add to the win column for the first time since June 2017, when he defeated Breidis Prescott via seventh-round technical decision.

To be fair to Robinson, his last two contests were highly-controversial majority draws against Egidijus Kavaliauskas and Josh Kelly that many ringside observers believed Robinson had clearly won.

Robinson will make his long-awaited return against an 18-year veteran of the squared circle in Pendarvis (21-9-2, 9 KOs), a southpaw from Lancaster, California. The 35-year-old has dropped his last five fights consecutively, including stoppage defeats to Serhii Bohachuk, Mekhrubon Sanginov, and John Vera Jr. However his most recent loss was a four-round unanimous decision to Devonte Williams, in December.

Local fighter Tahmir Smalls (6-0, 3 KOs) will also appear in a six-round welterweight contest. However an opponent has not yet been named.