Shakur Stevenson-Oscar Valdez close to being finalized for April 30 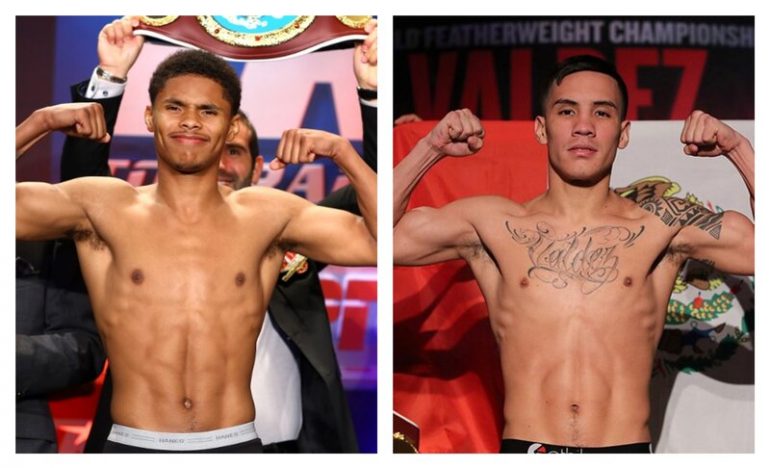 A unification bout between two of boxing’s top junior lightweights is close to becoming a reality.

Shakur Stevenson and Oscar Valdez are in the process of finalizing a deal for them to square off on April 30 at the MGM Grand in Las Vegas. Dan Rafael and ESPN’s Mike Coppinger were the first to announce news of the potential matchup.

The fight, which would air live on ESPN, is a compelling clash between a supremely gifted southpaw in Stevenson and the action-packed, boxer-puncher style of Valdez.

If the bout does take place on April 30, it could go up against the proposed fight between undisputed lightweight champion Katie Taylor and unified featherweight titleholder Amanda Serrano, which has been mooted for Madison Square Garden on the same date.

Stevenson, who is rated No. 1 by The Ring at 130 pounds, won the WBO title from Jamel Herring via 10th-round stoppage in October. The 24-year-old from Newark, New Jersey, is unbeaten in 17 fights, with 10 knockouts, and once held the WBO featherweight title.

Valdez captured the WBC 130-pound belt with a vicious one-punch knockout win over Miguel Berchelt in February of last year. He has defended once, outpointing Robson Conceicao in September, but that win was overshadowed due to the fact that Valdez tested positive for phentermine, a weight-loss drug, two weeks prior to the bout. Despite VADA listing phentermine as a banned substance, the WBC ruled that it was not performance-enhancing and did not strip Valdez.