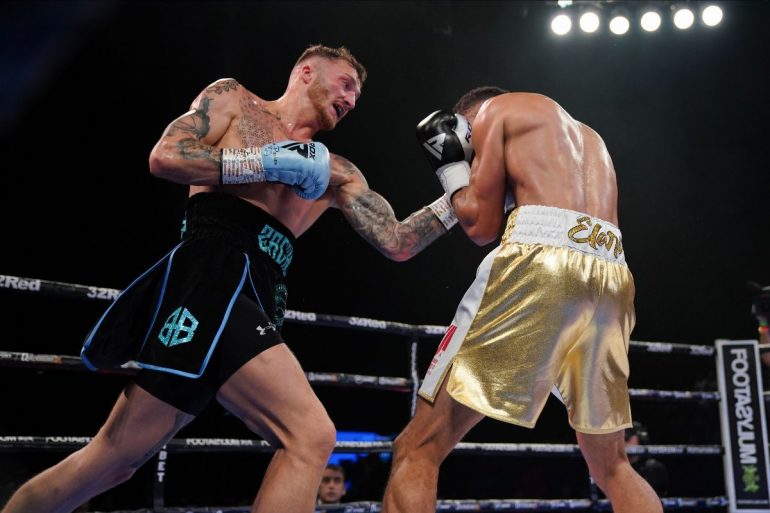 ZACH PARKER believes he has got Demetrius Andrade running scared after the two-weight World champion ducked out of a big showdown against the Derby man.Parker is the number one contender for the WBO Super-Middleweight title held by the division’s undisputed champion Canelo Alvarez.The WBO ordered unbeaten Parker to face Andrade for their interim World title, but last week the American decided against facing Zach.Andrade says he’ll keep his WBO Middleweight World championship instead of facing the fast emerging British star who has knocked out his last five opponents.“People call him the bogeyman, but I must be the problem in the way. I don’t think he fancies it,” said Parker who is lined up to box in hometown Derby for the first time in his professional career on April 23.Parker who hopes Derby Country manager Wayne Rooney will carry his WBO International belt to the ring for his next fight told Dev Sahni on The Lowdown: “Hopefully I will push on and fight for the interim title next.“From what I gather, Andrade said he doesn’t really fancy it and will stay at Middleweight.“He is a really good fighter, a two-weight World champion, undefeated and doesn’t know how to lose.“But, he would be coming up to Super-Middleweight which is a lot bigger than Middleweight. These Middleweights feel the difference in power when they step up.“It would be a really good fight and if that came around I would be more than willing to take it and hopefully we could get it in Britain.“I think he will stay at Middleweight. People don’t like switch hitting and I hit hard with both hands. It scares people off.“Andrade probably thought he would come up and go straight into the fight with Canelo, but the WBO say we have to fight first.“It’s good work by Frank Warren who is fighting my case saying I should be next for Canelo.“I’m open to boxing anyone. People should be wanting to box me now I am mandatory for Canelo.”Promoter Warren and Parker’s manager Neil Marsh hope that their man will eventually headline a World title fight card at Pride Park.One possible future domestic opponent at Derby County’s magnificent stadium is Chris Eubank Jr, a fight Zach is often asked about by his fans.Parker, 27,  says: “Everyone wants me to get my hands on him. That would be a good fight.“This is going to be my year whoever I fight. I am coming with the smoke.”To watch Dev Sahni’s full Unibet Lowdown interview with Zach Parker on YouTube, click here
Press release courtesy of Queensberry Promotions.