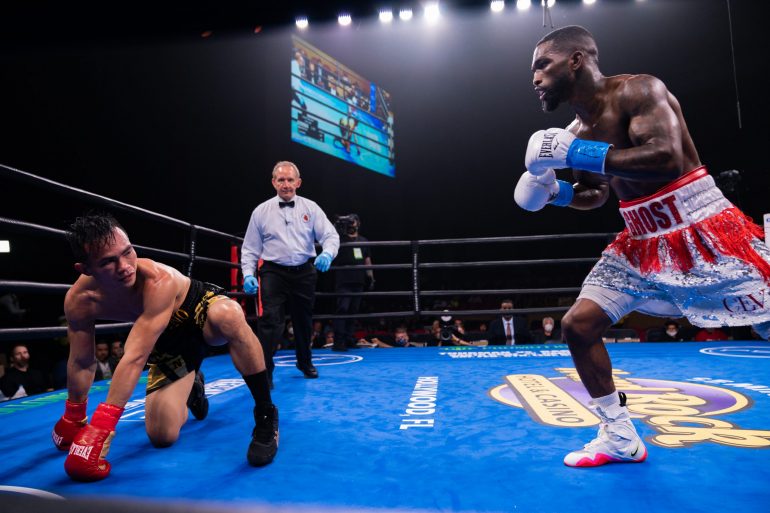 Frank Martin took the next step in his evolution towards lightweight contention with a dominant fourth round technical knockout of Romero Duno Saturday at the Seminole Hard Rock Hotel and Casino in Hollywood, Fla.

Martin (15-0, 11 knockouts) was in control from the opening bell, negating the aggression of the Filipino brawler Duno (24-3, 19 KOs) with his southpaw movement and counterpunching. Martin put Duno down two minutes into the fourth with a counter left cross, and then he put him down for a second time with another counter left that robbed Duno of his legs and nearly deposited him outside of the ring.

Frank Martin is BAD MAN! Moments after dropping Duno for the first time, he detonates another left hand that ends the fight. #MartonDuno

Duno’s trainer Osmiri Fernandez stopped the fight at the 2:54 mark before a clearly compromised Duno could take unnecessary punishment.

Martin, 26, of Detroit, Mich. was a 2016 National Golden Gloves champion, and is now trained by Derrick James out of Dallas, Tex.

The loss is the first for Duno since his first round knockout loss to Ryan Garcia in November of 2019, snapping a three fight winning streak.

The bout headlined a PBC on Fox card that precedes that pay-per-view card headlined by the heavyweight clash between Luis Ortiz and Charles Martin.