Brandon Figueroa vows Stephen Fulton will bring out his best 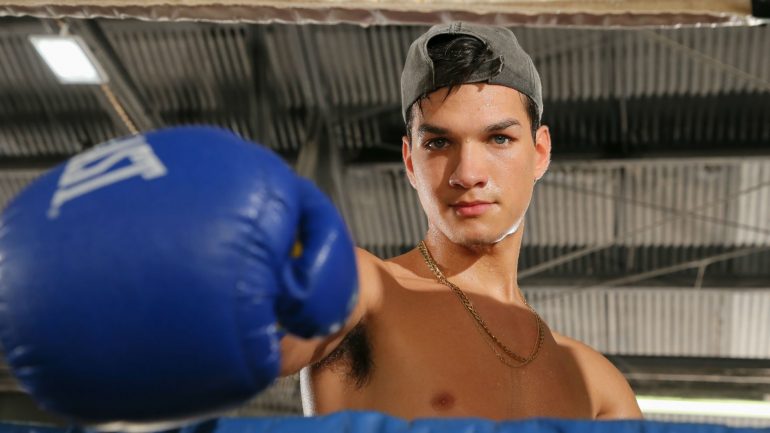 Brandon “Heartbreaker” Figueroa has heard this before. He was a teenager then, and the only thing separating the insults from being right in his face was a hanging blue tarp on a cord that corralled the fighters at the Cowboys Dancehall, in San Antonio, Texas.

“Babyface,” “pretty boy,” and “a kid who doesn’t have a chance.” Those words have followed him, haunted him through parts of his career. Each one who spat that invective he made pay.

On Saturday night, Figueroa is sure to reminisce about those times when the undefeated WBC junior featherweight titlist meets his toughest task as a pro in WBO beltholder Stephen “Cool Boy Steph” Fulton in a unification bout from the Park Theater at Park MGM, in Las Vegas, on Showtime Championship Boxing (10pm ET/7pm PT) in a Premier Boxing Champions event.

“I’ve heard the doubts my whole life,” Figueroa said. “I’ve always made the people that doubted me eat their words. My whole life people have underestimated me, even my dad for a period of time, and I’ve come a long way. I believed in myself more than anyone else.

“I would see this look on my opponent’s face before fights. I could see their smirk and their over confidence. They thought it would be an easy fight. They looked down on me, and there were times I remember when I was coming up in fights at the Cowboy Dancehall when I actually would hear what my opponent’s people were saying about me.”

Figueroa says he is completely recovered after contracting COVID.

“My family is my team, and being two weeks away from the fight finding out I had it was frustrating. When I left camp, I just wasn’t satisfied,” Figueroa said. “You take the good with the bad, and I’m always level-headed. I don’t let things get to me. I maintained myself and to be honest, I was fine. All I had was congestion. I wasn’t bed-ridden.

“I was in such great shape that when I got COVID, it didn’t affect me that much. What bothered me was how it affected my mother. That was tough to take.”

Fulton, for one, is happy Figueroa recovered.

“That’s Brandon’s life right there, and that comes above everything else. I had that s—t before,” Fulton said. “I know how it feels to have it. I know how low I felt when I had it. It’s why I’m not mad at Brandon personally. I want to see Brandon come back 100 percent; I want to face the best Brandon Figueroa there is.

“I don’t want any excuses when I beat him. That’s a big deal to me. I came back stronger and better after I had COVID. I hope Brandon does the same.”

Figueroa says this is the strongest he’s ever felt. Figueroa also has size on his side. He’s 5-foot-8, with a 72½” reach to Fulton’s 5-6½ and 70½.” What Fulton has, however, that Figueroa will need to figure out is exceptional hand speed and quickness.

“I know he’s going in there thinking he’s the better fighter and he has all of the advantages, and I’m going to let him think that,” Figueroa said. “Each fight I have a separate game plan. I can fight lefty or righty. I have to catch his rhythm and his speed, and rough him up. That’s the game plan.

“I know I have the longer reach and height advantage. Like I said, this is the strongest and fastest that I ever felt. It’s going to be a fight, and I know he looks good, but no one has ever brought the best out of me. I can’t wait to show everyone my skills and how hard I’ve been working.”