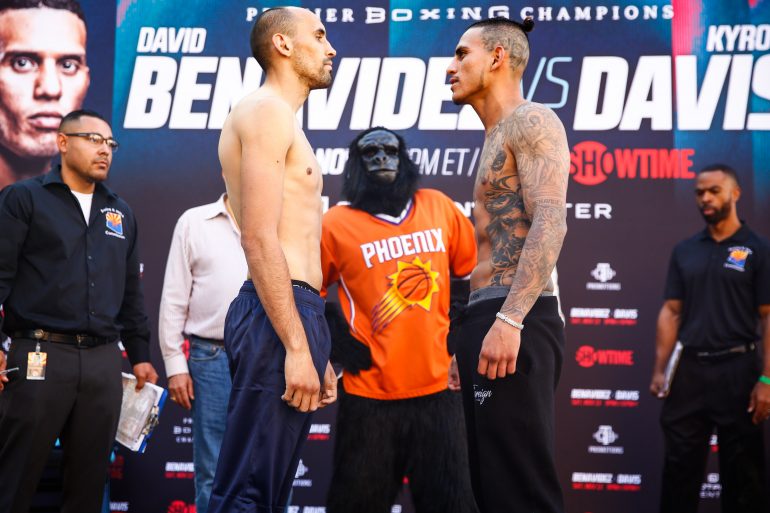 Jose Benavidez Jr. had to settle for a draw in his first bout in over three years, struggling to a stalemate with Francisco Emanuel Torres at the Footprint Center in Phoenix, Arizona.

Benavidez (27-1-1, 19 knockouts) hadn’t been in the ring since suffering his first defeat, a twelfth round knockout loss to Terence Crawford in an unsuccessful challenge for the WBO welterweight title. He didn’t return against a soft touch, however.

Torres (17-3-1, 5 KOs) had won nine straight coming into Saturday’s fight, and showed he wasn’t coming to Benavidez’s hometown to lay down. Torres, 32, of Buenos Aires, Argentina started quickly in round one, and began to have an effect on Benavidez in round 4, landing cleanly with straight right hands.

Benavidez, 29, was aggressive throughout, targeting Torres’ body with both hands, but his porous defense left the openings Torres needed to land his short counter right hands. Torres recaptured the momentum in round 6 with his counter rights, sparking Benavidez to rally the following round.

The bout was the co-featured bout to a Showtime Championship Boxing card that was headlined by Benavidez’s younger brother, David Benavidez against Kyrone Davis.