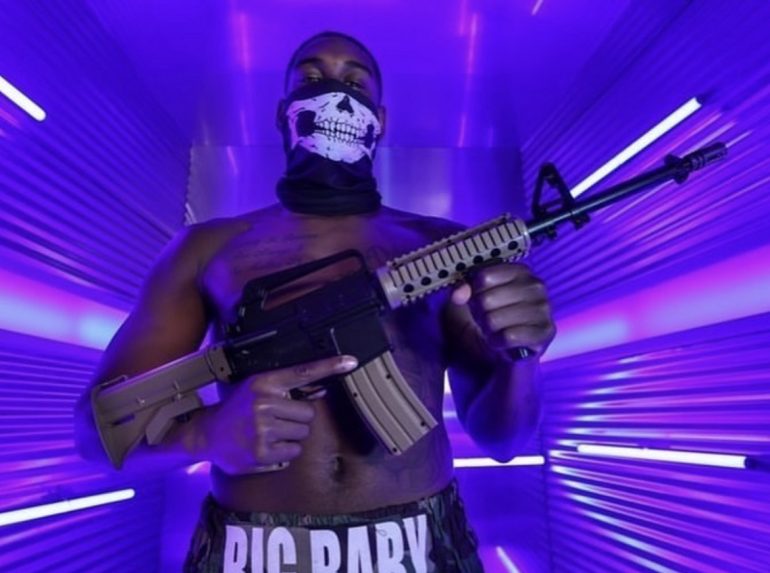 More people are liking Deontay Wilder to better Tyson Fury than you would expect, maybe, being that Fury gave him a bad whupping when they battled last.

A bit of that sentiment, I think, has to do with a certain rumor making the rounds. Namely, that young gun heavyweight Jared Anderson, a 9-0 up ‘n’ comer, dropped Tyson Fury when the two men were sparring.

One connected person told me they heard that Fury was knocked out, and, in fact, maybe that training camp development spurred the postponement of the match, which got shifted from July 24 to Oct. 9. 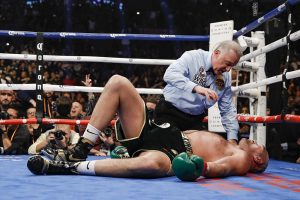 Fury got dropped and almost stopped in Rd 12 versus TBB in the first fight. Did Jared Anderson send him to the mat, too? (Photo by Esther Lin for Showtime)

I checked with another solid source, someone I can trust to deliver truth rather than bullshittery most of the time. Yes, I heard that Jared Anderson put down Fury in camp, the guy said, and also that footage was being shown to people.

Now, we all know that this is a strange age, and that trust in institutions is at an ebb. Official explanations, from the President, government officials, from public health administrators, are not automatically trusted. People are listening to their gut rather than the words of those in power, and sometimes trusting unconfirmed rumors shared by like-minded friends and memes posted by strangers over “authorities.” So, it’s not unwise to keep the adage “trust but verify” in the front of your mind, regarding boxing chatter and other “news” you see online.

Reporters followed up on that Fury-got-felled talk, and Anderson got asked about it. “There was speculation online,” a reporter started to say to Anderson at a media event (see below). 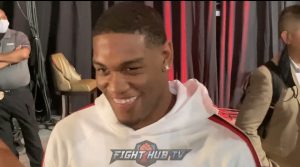 “Nah, we gonna cancel all that,” Anderson said. “It never happened, all that. I ain’t one to speak out on it before, make everything worse than what it was. I know how fans get real reckless online, so I left it alone. But just to clear everything up, there was no knockout, there was no knockdown. In camp a lotta work, lotta performing with him, so thank you.” His body language said, Next question please.

Anderson was in a sticky spot there, if he did indeed land clean on the Gypsy King, turn out his light, or at least fuck up his grid. It would be horrible form if he admitted to it, so he’d in theory be pretty much compelled to spin (aka fib), out of loyalty, and appreciation for the opportunity to get that seasoning.

As for the charge that Fury wanted time to recover fully, and concocted a case of COVID as a cover, that hasn’t been proven, so it must be reiterated that we are analyzing a rumor, that’s all.

But while we’re here…

Wilder comes to the table having absorbed a heaping helping of punishment in the second battle. 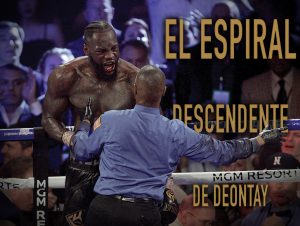 Wilder reacts to the stoppage at the MGM Grand on Feb. 22, 2020. (Photo by JOHN GURZINSKI/AFP via Getty Images)

Deontay turns 36 on October 22, so yeah, that makes me wonder harder if pieces of him were left in that ring, with the splatters of his blood, on Feb. 22. 2020? If Fury has the upper hand again tonight, in a dominant fashion, then we’ll probably assume that Wilder came to T-Mobile with a diminished arsenal.

And if Wilder turns those tables, and puts a pasting on Fury, then we’ll maybe be left wondering if there was real fire to go with that smoke, about a camp KO.