Jared Anderson talks about fighting Tyson Fury, in sparring and for real 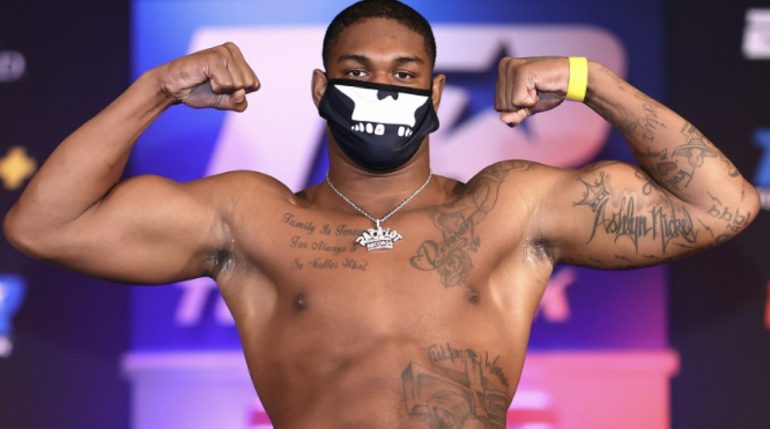 Blue chip heavyweight prospect Jared Anderson has been a professional for two years this month and so far everything is moving along as he and promoter Top Rank envisioned.

“The Real Big Baby” has been active, or at least as active as one could have hoped given the limitations brought on by the coronavirus pandemic, and he is widely viewed as the most promising American heavyweight.

At 6-foot-4, 245 pounds he certainly looks the part of rising heavyweight, and he punches like one too, scoring several highlight-worthy knockouts even as the level of his competition has steadily improved. 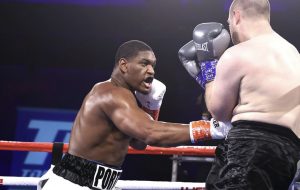 Yes, Arum did it. He said Jared reminds him in some ways of The Greatest.

Anderson will take another step up in competition when he meets unbeaten Vladimir Tereshkin in a scheduled eight-round bout. That contest will open the ESPN/Fox Sports pay-per-view card headlined by the much-anticipated third fight between Ring/WBC heavyweight champion Tyson Fury and former world titlist Deontay Wilder on Saturday (9 p.m. ET) at T-Mobile Arena in Las Vegas.

That Top Rank used one of its slots for Anderson on the pay-per-view it is sharing with Premier Boxing Champions illustrates where he falls in the company pecking order of prospects. He may be its most significant prospect.

If all goes well for Anderson against Tereshkin, Top Rank is planning his next fight, also an eight-rounder, to take place on Nov. 20 on the undercard of the Terence Crawford-Shawn Porter welterweight world title bout in the ESPN-televised slot just immediately before the start of the ESPN+ pay-per-view portion of the card.

Top Rank chairman Bob Arum has been a fan of Anderson’s since Day 1, so forgive him if he made a comparison to perhaps the greatest heavyweight of them all.

“He is a heavyweight that reminds me in some ways of (Muhammad) Ali,” said Arum, who promoted the late, great Ali for much of his career. “He has a great personality, he’s enormously talented, he’s a nice kid you can associate with. He has everything going for him and we believe he has the qualities to be a future heavyweight champion.

“He’s becoming a real fighter. He’s experimenting. His technique keeps improving. You can see the maturation and you don’t see that a lot with these guys until way past the time that he’s put in.”

“He has a ton of potential,” Goodman said. “He’s still in that learning process, but every fight now his opposition is going to be a little bit better. The company has high hopes for him and, hopefully, by the end of next year he’ll be fighting a top 10 kind of guy.”

As important as the building-block fights have been for Anderson to gain experience and maturity during his first two years as a pro, just as important — maybe even more so — is the tremendous experience he has gotten as one of Fury’s main sparring partners in his Las Vegas training camp. 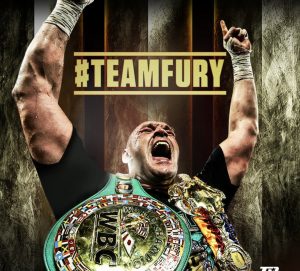 Sounds like Jared is “Team Fury.” He says he likes the Gypsy King and could see them chilling.

Anderson (9-0, 9 KOs), of Toledo, Ohio, who turns 22 next month, has served as Fury’s main sparring partner for two consecutive training camps. First, he helped Fury get ready for the second fight with Wilder that Fury won by dominant seventh-round stoppage on Feb. 22, 2020. And he’s been there for the current camp, for the third Wilder fight, both before and after it was postponed from July 24 to Saturday night because Fury came down with Covid-19 a week before the summer date.

Anderson, who is managed by James Prince and trained by Darrie Riley, said he has learned a lot by spending so much time in the ring with Fury and being around him and his team.

“It’s a huge accomplishment to be considered for the sparring,” Anderson told The Ring. “It’s competitive. Iron sharpens iron. We bring out the better in each other. We make each other work. It’s a good time and we just push each other a lot. That’s kind of what I get out of it.”

Anderson, who was a 2017 and 2018 U.S. amateur national champion, estimates that between the two training camps he has sparred around 100 rounds with Fury, and he said they were not going easy on each other.

“At the beginning of camp we’re trying to knock each other out,” Anderson said. “It’s why our sparring is as intense as it is. We don’t take it lightly at all. If you came in there you’d think we were the worst enemies until we get out of the ring, which is how I love it. That’s what champions do. We’re here to make each other work and we’re here to push each other to the limit. It doesn’t help if we take off because we think you’re a nice guy.”

Without going into detail about their sparring sessions – he said that stays in the gym – he did give a general view of how it went.

“Every fighter I believe has an advantage and a disadvantage. It depends on how you exploit your advantages and disadvantages,” Anderson said. “He has longer arms so he uses that to his advantage. I’m faster than him so I use that to mine. I can only be so quick getting in and out and him catching you on the back end with his longer arms. It’s a toss up, it’s a back and forth type of thing.

“I believe I’ve held my own because he’s called me back. He called me back. This is not my first camp with him, so I must be doing something right. I do believe I held my own. That’s one thing I can say about Tyson is he wants to be pushed. If he feels he got a push out of you and you made him do something that he’s not used to or took him out of his comfort zone that’s when I think he’s intrigued by your skills.”

Fury has spoken highly of the work Anderson has given him and Anderson said as serious as those sparring rounds are he considers Fury a friend.

“If I were to see him outside boxing he would be somebody I would have a good relationship with I believe. I do consider him a friend,” Anderson said. “We don’t hang out outside of boxing, but I think we could and we would get along really good. He’s a real nice guy and he likes to have fun.” 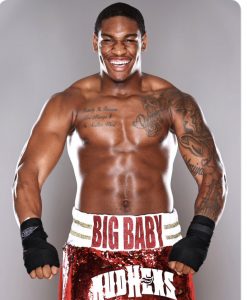 What do you think? Is this kid the next great American heavyweight?

Of course, there’s always that chance that should Fury continue to reign as champion, and should Anderson develop into the top contender so many people believe he will become, perhaps they could meet someday in a real fight instead of just a sparring session.

“Let’s be logical,” Anderson said. “He is a lot older (33) than me. I’m not sure how long he’s going to continue his career. There’s a lot of money left, but there’s also a lot of injuries and he just had another kid. I don’t know how long he’s going to be in this game, but if he does stay and he’s still the reigning world champion, and it doesn’t look like he’s slowing down, I could see that happening being the fighter I am. I could see that.”

In the meantime, Anderson aims to take care of his business with Tereshkin (22-0-1, 12 KOs), age 33, a southpaw from Russia, then handle his post-fight media obligations and eventually make his way back into the arena to settle in and watch the main event up close. He will be rooting for Fury.

“I put in work with him,” Anderson said. “And I want to see if my training is of use.”