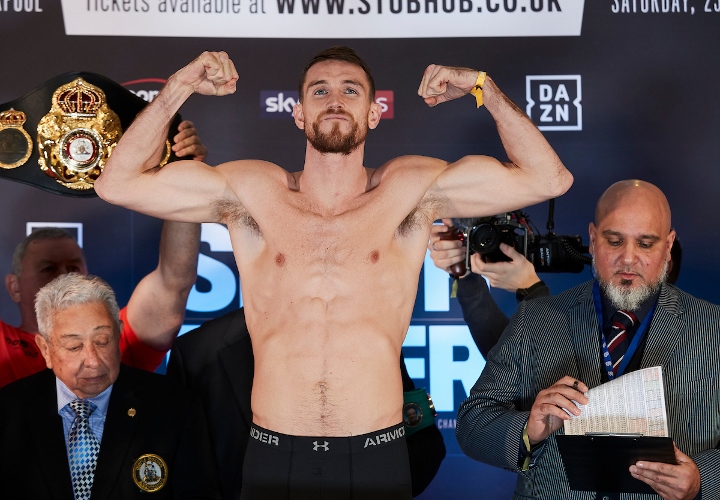 If you’ve remained unbeaten through eight years and 27 fights, then losing is always going to hurt. The fact that British star Callum Smith dropped a 12-round unanimous decision to the finest pound-for-pound fighter in the world was no consolation whatsoever.

Last December, Canelo Alvarez had things his own way against Smith at the Alamodome in San Antonio, Texas, and the Liverpool man made the painful transition from champion to former champion. Smith convalesced, enjoyed time with his family, and when it was time to get back to work, he decided some changes were required for the next chapter in his career.

Both Smith and trainer Joe Gallagher enjoyed incredible success together. Half a dozen first-round knockouts in Smith’s first seven pro fights, the British championship, the inaugural World Boxing Super Series trophy, the WBA super middleweight title and The Ring Magazine championship are accomplishments that almost any fighter would envy. It therefore came as a surprise when Smith announced that he would be parting ways with Gallagher, who won Ring Trainer of the Year honors in 2015.

“I just felt that I needed a change,” Smith explained to The Ring on Wednesday. “Over the last couple of years our relationship wasn’t the same as what it was when we first started. There wasn’t one major thing; it was a lot of little things and I just decided it wasn’t working and I needed to move on.

“It kind of came at a good time with the loss [to Canelo] because it was an extreme break. I had a break from boxing and when I decided to come back it was with a new trainer and I’d set myself new goals.”

Earlier in the summer, Smith, 31, ventured to Los Angeles with the sole purpose of improving himself as a fighter. Having been accustomed to spending time around his brothers and friends in prior training camps, it was a shock to the system to be on his own and thousands of miles away from home, but Smith insists that it was all worthwhile.

The former super middleweight champion spent five-and-a-half weeks at Buddy McGirt’s gym in LA and he’ll have the former two-weight world champion in his corner this Saturday when he faces Lenin Castillo in a scheduled 10-rounder at the Tottenham Hotspur Stadium in London.

“His boxing knowledge is obviously great, but he’s very big on getting things correct,” Smith said of his new coach, who has worked with the late Arturo Gatti, Antonio Tarver and Sergey Kovalev among others. “It’s not about throwing shots for the sake of throwing; he’s good on feet position and keeping your distance correct.

“Sometimes I’ll throw a shot, even in shadowboxing, and he’ll ask, ‘Why did you throw that shot from there? There was no need to throw it!’ Little minor things he’s corrected me on, like my foot movement when I’m throwing punches. At first it was hard to take it all in, but as the weeks went by it got a lot easier. He was a lot happier which was giving me a bit of a buzz. It was good, it was very good, and I agreed with everything he was telling me.” 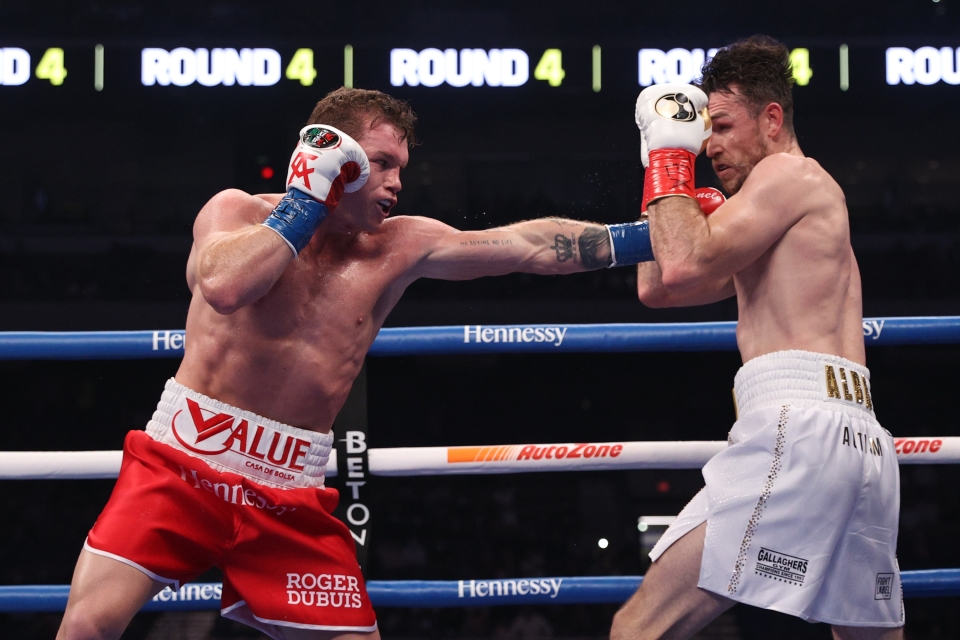 And that’s not all that’s changed.

At some point, almost every British boxing writer with access to Smith over the years will have hounded him about moving up in weight. At 6-foot-3, he was simply enormous for a 168-pounder, and from the moment he beat George Groves in the WBSS super middleweight final, in September 2018, he was quizzed on when he would move up to light heavyweight.

“Moving to 175 was inevitable and I finally decided to do it,” laughed Smith as he recalled the endless questioning on the subject. “I feel good, I feel better, especially during fight week, because everything was focused on getting the weight down [at super middleweight.]”

“I felt that I’d dipped in my last couple of performances (Smith was deemed very lucky to get the decision against John Ryder in December 2019). That’s not to take anything away from the opponents, but my performance level dipped, and I always said the minute making weight affected my performances, then it would be time to move up.

“As my weight was coming down in this camp, it became clear that there was no chance of me getting anywhere near 168 again. I think I’ve used the weight properly, rather than just looking at it like it’s another seven pounds to eat whatever I want. I’ve had good strength and conditioning, a good nutritionist, and I’ll be a big 175.”

Castillo is 21-3 (16 KOs), a natural light heavyweight and a former world title challenger. While there are no notable victories on his record, the 33-year-old from Santa Domingo in the Dominican Republic extended both Marcus Browne and WBA light heavyweight titlist Dmitry Bivol the distance in losing efforts.

“He’s a decent fighter, he’s dangerous, his record suggests he’s heavy handed and he’s obviously durable,” Smith acknowledged. “He probably wants to fight for another world title and a win over me puts him right up there. It’s a big chance for him and I’ve got to be switched on.

“I need to show improvements but obviously not try too hard. I just need to get in there, get the job done, get the win and move forward. I need to get back to winning ways, then we’ll see what the future looks like. There’s a lot at stake. Every fight is a must-win fight for me now.”

Smith reached the summit at super middleweight and he isn’t looking to make up the numbers at 175 pounds. The ex-champ made it clear that – performance depending – he’s eyeing a world title fight as soon as possible.

“I don’t need to acclimatize to the weight,” said Smith in earnest. “If I feel good and look good at the weekend, then I’m ready for whoever, whenever. I don’t need four or five fights in this division and I’d fight for a world title after this one. I believe I’m good enough and big enough to carry on where I left off at 168. I believe that I can become a world champion whenever I get the opportunity.”

Smith-Castillo will serve as an undercard attraction to the heavyweight title bout between Anthony Joshua and Oleksandr Usyk. The show will be broadcast on Sky Box Office in the U.K. and on DAZN in the U.S. and other countries throughout the world.