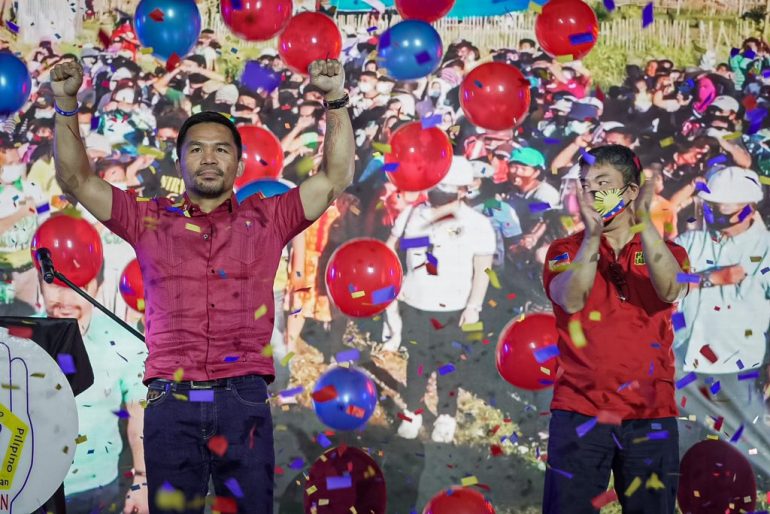 Manny Pacquiao may have thrown his last punch in a boxing ring.

The 42-year-old boxing legend says his career is already in the rearview mirror as he gears up to run for Philippine president in the 2022 elections, set for May 9. Pacquiao (62-8-2, 39 knockouts) made the comments to television host Toni Gonzaga on her YouTube program.

“It’s done because I’ve been in boxing for a long time and my family says that it is enough. I just continued [to box] because I’m passionate about this sport.”

Pacquiao, an eight division world champion and future Hall of Famer, was last in the ring a month ago, losing an upset unanimous decision to late replacement Yordenis Ugas. Pacquiao’s personal assistant David Sisson had commented on Twitter earlier this month that Pacquiao was “most likely” to fight again in December or early January.

“I will just support other boxers for us to have a champion again.”

This isn’t the first time Pacquiao has announced his retirement before running for higher office. Pacquiao had declared that his third bout with Timothy Bradley in April of 2016 would be his final bout, just a month before his election for the Philippine senate.

Pacquiao won the senate seat, and would be back in the ring less than seven months later, decisioning Jessie Vargas before fighting five more times.