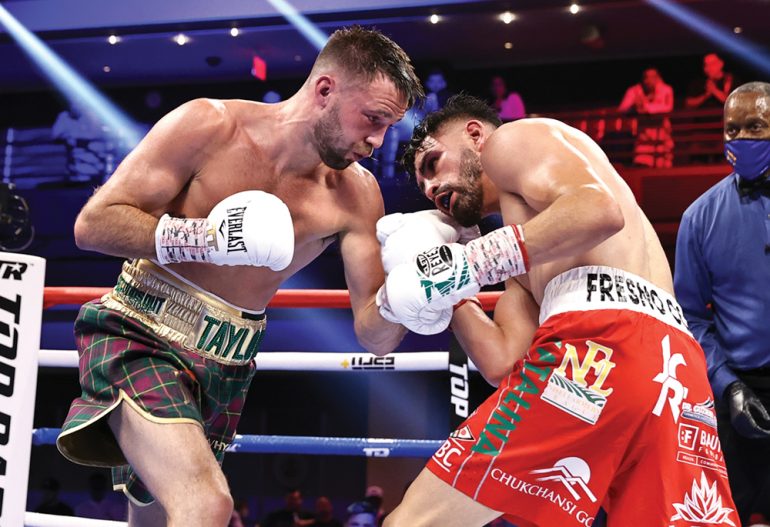 They clash at the SSE Hydro in Glasgow, Scotland and the fight will be televised in the U.K. as part of a new deal on Sky Sports as the broadcaster changes direction following Matchroom’s departure to DAZN.

“I’m absolutely buzzing,” said Ring champion Taylor. “I can’t wait to get back to the Hydro, my second home, and put on a show for everyone.

“The [Jose] Ramirez fight was kind of tainted and tarnished for because I couldn’t take my family, friends and fanbase with me. So it doesn’t go down as my best memory or achievement because there was no one there to share it with me.”

Catterall, 28, is unbeaten and the WBO’s mandatory challenger but Taylor has made the headlines with the new deal.

“There’s still plenty more fights in me,” said the Scotsman. “I could retire today and be half content, but six months or a year down the line I’d realise I could have done more. I’d be retiring with regret. I want to create more history and achieve more greatness. It would be brilliant to be a two-weight world champion.”

The Sky announcement revealed Eubank will face Sven Elbir on October 2 at Wembley Arena on a bill that also features David Avanesyan and Richard Riakporhe.