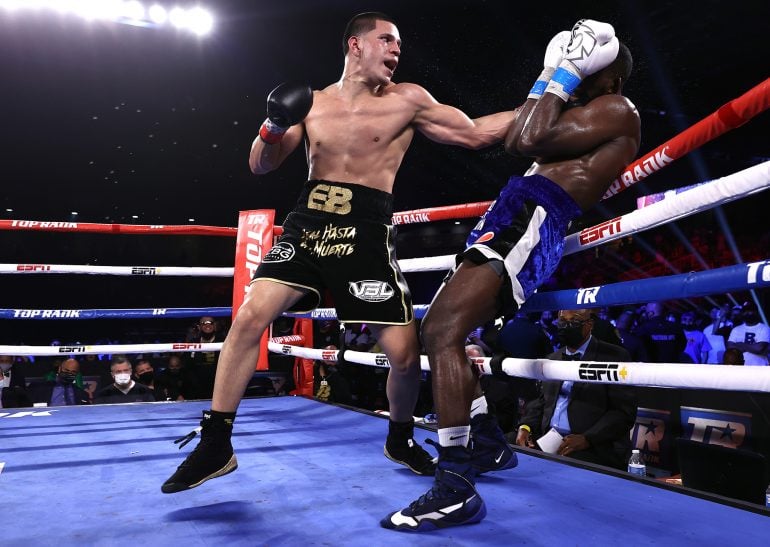 The first man to go the distance with rising prospect Edgar Berlanga is getting rewarded.

Super middleweight Demond Nicholson is set to headline a Rising Star Promotions card on September 4 when he takes on journeyman Decarlo Perez at Entertainment and Sports Arena in Washington D.C., in a scheduled eight-round affair.

Nicholson-Perez was elevated to the main event slot after unbeaten light heavyweight Dusty Hernandez-Harrison (34-0-1, 20 KOs) was forced to withdraw from the card due to an undisclosed injury.

Hailing from Laurel, Maryland, Nicholson (24-4-1, 20 KOs) not only became the first fighter to make it past the first round with Berlanga, who entered their April 24 contest with a 16-bout first-round knockout streak, he also became the first boxer to take “The Chosen One” the full distance.

Atlantic City’s Perez (17-6-1, 5 KO) survived a fourth-round knockdown and subsequently floored Antowyan Aikens in Round 5 en route to an eight-round unanimous decision in his most recent fight. However, that was three years ago. Perez has victories over former prospects Lanell Bellows and Tyrone Brunson, but ring rust could play a huge factor for the 30-year-old on fight night.

The chief support bout will feature “The Vanilla Gorilla” as cruiserweight Samuel Crossed (11-1, 7 KOs) squares off against Lenwood Dozier.