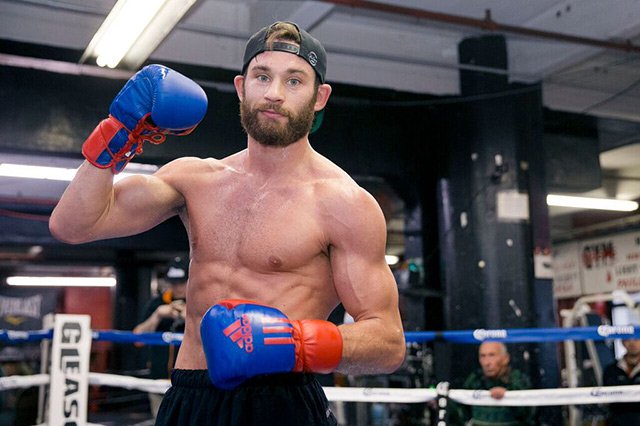 Former WBO junior welterweight titleholder Chris Algieri will end a 26-month hiatus when he returns against former world title challenger Mikkel LesPierre in a scheduled 10-round contest at the Madison Square Garden Theater on Tuesday.

Algieri (24-3, 9 knockouts) is eager to get back in the ring against his fellow New Yorker for the 143-pound catchweight bout.

“I think it’s a great matchup,” Algieri told The Ring. “This isn’t a comeback for me, it’s only a comeback because I’ve been out of the ring, my mindset has not changed. I’m a fighter, a current top guy, and I’m looking to be a world champion again.”

The 37-year-old from Huntington, New York, could have sought an easier return following an extended absence but he wanted to test himself.

“I didn’t want an easy comeback,” said Algieri, who has shared a ring with Ruslan Provodnikov (SD 12), Manny Pacquiao (L UD 12), Amir Khan (L UD 12) and Errol Spence Jr. (L TKO 5). “I wasn’t looking for a steppingstone to just get back in there. I don’t feel like it has been [over two years since I last fought] because I stayed in the gym, and with the pandemic, everyone has been off a year. I feel like that was a takeaway year, none of us could train, especially the New York guys, the gyms were closed for far longer than they needed to be.

“I’ve stayed in the gym and had a lot more sparring. My last comeback, I wasn’t sparring or training the way I was this time. For me, I don’t feel like I’ve been out of the ring that long.” 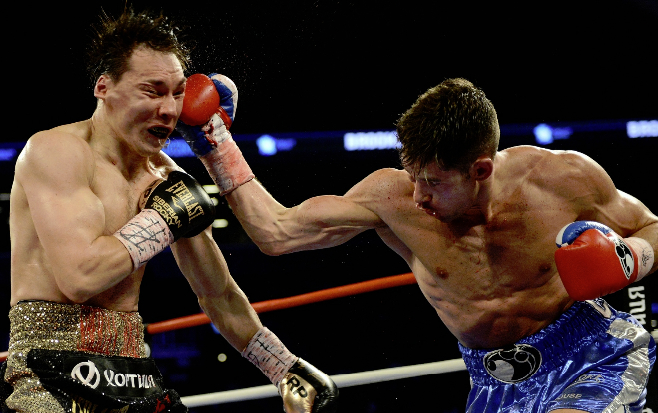 Algieri knows LesPierre very well and believes this opponent will provide him with the requisite test.

“His nickname is ‘Slikk Mikk’ and there’s a reason for that: He’s a slick southpaw, he has long arms, he has a good sharp jab, he’s a good counterpuncher, he’s very tough, which is something he didn’t have to show early in his career but has shown in his past couple of fights, especially with Hooker. He’s in there to do rounds and he’s tough and looking for ways to win. He’s got some good pop, he’s got slick upper body movement, but he doesn’t move his feet a whole lot.

“I have the size advantage, I have long arms too, I consider myself more of a volume puncher than he is, and I think I have underestimated power at 140. I think my power is going to show more in this fight than people may expect.”

Algieri, who has been training between New York and Florida, knows that an impressive win could catapult him into big fights at 140 pounds.

“I’m here to make a statement and to look down the road to bigger and better things,” he said.

“[LesPierre’s] only losses are to top guys, Hooker and Pedraza. I would like to win and do it impressively and do it better than those guys did. [I want to] make a statement that this is the weight class I’m going to campaign in and I deserve these bigger fights.”

Algieri, however, stopped short of calling out anyone in particular.

“The landscape changes so quickly that getting your mindset ready for one fight or eyeing someone doesn’t usually work out that way,” he said. “I’ve never picked my opponents. I’ve never been the kind of guy who says I want to fight this guy and that fight happens. It’s not who I am. I’m a prizefighter… you tell me who, I ask how much and then we fight. That’s the mindset I have at this stage. When you keep winning, good things happen and that’s been the story of my whole career.”