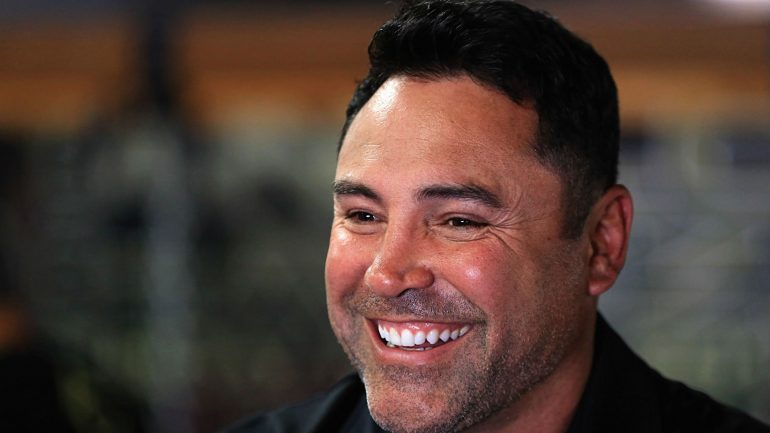 Oscar De La Hoya will glove up for the first time since 2008, and do battle with ex UFC standout Vitor ‘The Phenom’ Belfort on Saturday, September 11 at STAPLES Center in Los Angeles, CA.

He was “The Golden Boy,” and now he is a 48 year old man seeking to stave off Father Time’s firm hand, and make one last run at glory, and fortune, and all the other things that can flow to top tier pro fighters.

This quest will play out in LA, and will be offered on a PPV basis, on FITE.TV, and it will be counted as a “real” contest, it won’t be an exhibition.

“I’m very excited to announce my comeback against Vitor Belfort at STAPLES Center on Saturday, September 11 in a mega-event celebrating Mexican Independence Day,” said De La Hoya in a release which went out on Wednesday. “Triller Fight Club and my team have been working together to bring the most epic event boxing has seen in a long time. I decided if I was coming back it was for real, none of this exhibition stuff. Two warriors, one walks out the other doesn’t. Vitor Belfort is clearly a very tough MMA legend and while I’m sure he will give me a good run, a knockout is in my plan.”

This match comes at an interesting time for boxing. Mike Tyson got the ball rolling on comebacks for legends, and once people saw how well the Tyson v Roy Jones promotion did, wheels in heads started turning.

Now, De La Hoya has flirted with coming out of retirement for a few years; preceding the Tyson re-entry, he’d talked of doing a challenge against Conor McGregor in years past. The Paul brothers are doing exhibitions and Boxrec-real fights, and Floyd Mayweather joined the frolic in the exhibition pool. But it’s true, fans have mixed feelings on this trend, and De La Hoya addressed that in the release.

“This isn’t that WWE theatrics we’ve been seeing in boxing lately, this is the real deal, a real fight with real knockouts for a real win,” he stated. “This is not to be missed as I’m in better shape than I was 15 years ago.”

“Oscar De La Hoya is a true superstar in the boxing world and one of the greatest and most popular fighters of our time,” said Belfort (below) in the press release. 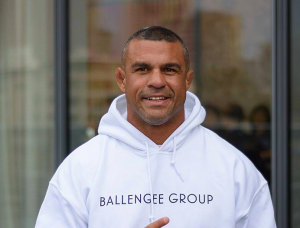 “While we both have a great deal of respect for each other’s accomplishments, on September 11, I will make my MMA fans proud to show that MMA and ex-UFC fighters can take down even the best boxer in the world. I hope I don’t end up killing him but everything is on the table. This is a no holds barred, all out gladiator fight to the bitter end.”

Some will say that the pairing of Snoop Dogg in the booth with HBO legend Jim Lampley is worth the price of the PPV in itself.

We shall see what the audience response is to this Triller Fight Club presentation spotlighting De La Hoya, an 11-time world champion in six different weight classes.