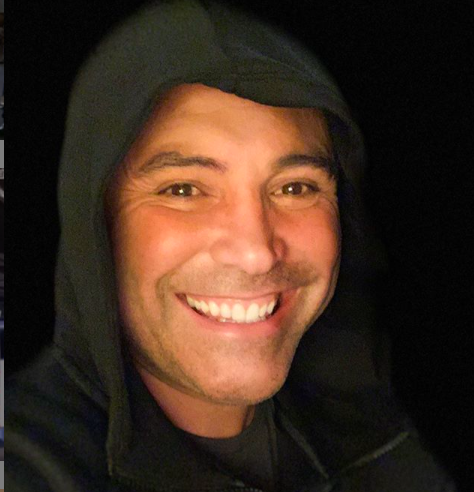 Comebacks are all the rage, it seems. Lockdowns have people pondering the past, and thinking maybe since now it’s quite clear tomorrow isn’t promised for any of us, it’s time to carpe the diem.

Oscar De La Hoya, is he throwing his hat back in the ring? The promoter who runs Golden Boy Promotions is 47 years old, and was last seen gloving up in 2008, against Manny Pacquiao.

Today (Thursday), word dropped that there’s someone out there who’d like to tango with man once dubbed “The Golden Boy,” who has periodically publicly spoken of the possibility of coming back for one more go.

The UFC fixture, the most charismatic s–t talker in the entire world of sport, Conor McGregor, took to social media and said yes, let’s rumble.

I reached out to Golden Boy Promotions PR, to see if Oscar saw that post, and what his reaction might be. I will insert a response when furnished.

Oscar didn’t shy away from opining that the Conor McGregor vs Floyd Mayweather fight was a bad idea. “A fraud,” that’s what he labeled the contest pitting an 0-0 pugilist against the all-time great Mayweather on Aug. 26, 2017 at MGM Grand in Las Vegas, and on pay per view. 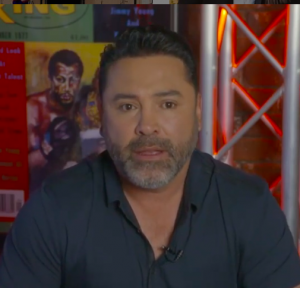 De La Hoya has been doing lots of thinking during the coronavirus shutdown. And push-ups…he’s donated $250,000, a buck for each pushup he’s done, to efforts combating COVID-19, and to aid those stung by the virus.

“I still have it in me,” the 1992 US Olympic gold medallist De La Hoya stated. “I’m faster than ever and stronger than ever. I know I can take out Conor McGregor in two rounds. I’ll come back for that fight. Two rounds. Just one more (fight). I’m calling him out. Two rounds, that’s all I need. That’s all I’m going to say.”

McGregor, then 29, was knocked out in the 10th round by Mayweather, who many suspect was being carried to a degree by Floyd. Oscar’s callout didn’t pick up much steam, as the Irishman had to deal with some legal issues, and he also was working on outside the cage business ventures, like his whiskey brand.

Conor got back into the cage in October 2018, and got stopped by Khabib Nurmagomedov, via submission in round four of a lightweight title bout.

He got back to winning when he stopped Donald Cerrone on January 18 of this year, in round one in Vegas. Cerrone admitted after that scrap that he didn’t really want to be there, and that he’s talked to sports shrinks to figure out why he’s sometimes not dialed in to fight.

McGregor has for the most part kept a lower profile in the last year or so, as more legal issues bubbled up, while De La Hoya proved to be unafraid of verbal sparring. Him and Dana White have gone back and forth, and on Feb. 1, 2019, Oscar said he’d fight Dana in MMA rules May 4, 2019,  underneath the Canelo Alvarez-Danny Jacobs card. File that under “promoter, promoting.”

Which brings us to April 30, 2020, when Oscar joined Brian Campbell on the “State of Combat” podcast.

The man who started his promotional company in 2002 gave his thoughts on how the pandemic could change the fight game. “Now, promoters have to put on the best shows possible,” and it could all be a blessing in disguise, he stated. “Fighters are machines, they’re focused and determined and they have tunnel vision,” he continued, thinking that the best pugilists will summon their best even inside a fan-free arena. He even lauded White, for “defending his sport,” as the UFC bossman is placing his May 9 MMA event in Jacksonville, Florida. Then, the refreshed challenge to McGregor, who has said he’d be back to the Octagon soon, but hasn’t showed much hinting as to when and versus what foe. Maybe the time is right for another boxing bout?

The host Campbell put it to the Hall of Famer. If he gave the Big O three months to get ready, and then Oscar fought McGregor in a boxing match, set for ten rounds or less, what would happen? 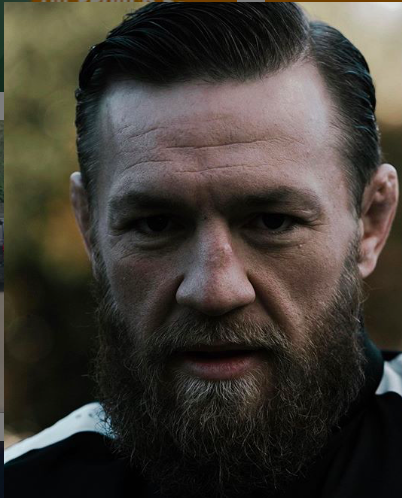 Who wins, and how, McGregor versus De La Hoya? Tell us, in the comments section!

I reached out to Campbell; was he surprised that the challenge was accepted?

“Despite the likely knee-jerk derision that even the mere idea of this fight produces, you can’t honestly tell me you wouldn’t be intrigued,” Campbell said. “This all stemmed from a random debate my podcast co-host Rafe Bartholomew had when talking about Oscar’s career and how he never made a comeback after retiring. At 47, I surmised that De La Hoya would have legitimate trouble keeping up with a prime athlete like McGregor but that the fight would be fun until he gassed out. Rafe vehemently countered that McGregor would be knocked out regardless of the age difference. It’s all part of the larger debate of whether Floyd Mayweather carried McGregor for half of their 2017 fight or did it just take him a bit to wait Conor out and adapt to him? You can hate the idea of Oscar-McGregor all you want and I’m not saying it’s a good idea for De La Hoya’s health. But that’s a potentially competitive fight where you don’t know the outcome. And you can’t always say that in PPV boxing.”

So, Oscar made his declaration last week…And now, today. McGregor says he’s game. We will see how this plays out, something tells me, somehow, Floyd Mayweather is going to inject himself into this triangular mix.

My three cents: Bring it on. Do it. I would watch, you would too.

Boxing is a sports entertainment business, and there is enough intrigue to a De La Hoya match versus McGregor that it is saleable.

Now, how does it play out? Hard to say. In 2017, more people would be saying Oscar has it, he can get back into shape and slap around the Irishman worse than Floyd did, because of what he referred to, his killer instinct. But today?

Conor at 31 is closer to his athletic prime than Oscar is. It’s been a lotta years, maybe too many years, since Oscar has worked his body for a contest in the way he’d need to work to get ready for Conor, who is much better in the ring as most boxing fans surmised he would be. He may have gotten the better of Paul Malignaggi during their sparring sessions, and he held his own in portions of rounds versus Floyd. (Though only Floyd knows how hard he was going.)

Listen, tomorrow isn’t promised to any of us.

If Oscar wants to do it one more time, defy the dimming of the light, send a message to Father Time that he still has a zest for living and the ability to reach impressive athletic heights, I say go for it. You all can decide it’s not for you, but if docs say Oscar is good to go, and he can get through a camp and step in with Conor McGregor and duke it out, power to him.

Now, what are your thoughts on the matter, RING readers? Talk to me, in comments section. What does De La Hoya versus McGregor in a boxing ring look like?

–Michael Woods is a Brooklyn, NY resident. He worked for ESPN from 2003-2014, and now publishes NYFights.com and also does the Everlast TALKBOX podcast. Bruce Silverglade of Gleason’s Gym is his guest this episode. Follow Woods on Twitter if you like.