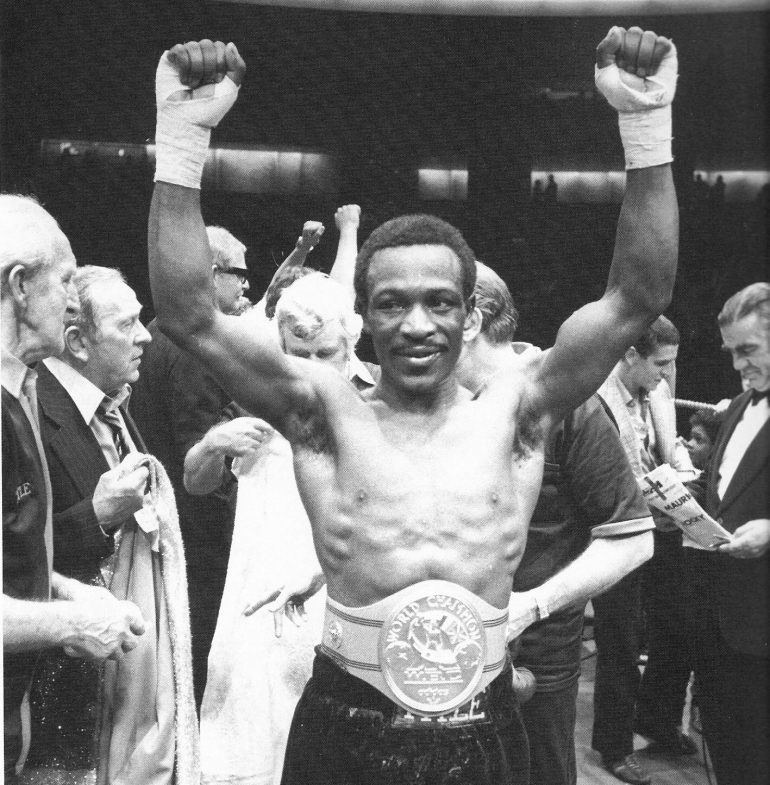 Photo from the WBC
13
Jul
by Anson Wainwright

Hope was born in St. John’s the capital city of Antigua and Barbuda in the Caribbean, the fifth born of seven children, on December 6, 1951.

“The weather was always good, we weren’t rich but we had enough,” Hope told The Ring in his distinct Caribbean accent. “I was the softest. I used to cry at everything. I had a bigger brother, who looked after me. He was much tougher than me and he wanted me to be tough as well.

“What he used to do was take me to the neighbors and got me to fight them. I didn’t want to do it but I was more scared of him than anything.”

Hope’s parents left him and his siblings with their grandparents and emigrated to London, England as part of the Windrush generation in 1954. After his parents had earned enough money, the children joined them in 1961.

“I was looking forward to it,” said Hope. “I was like Dick Whittington; London was paved gold.” 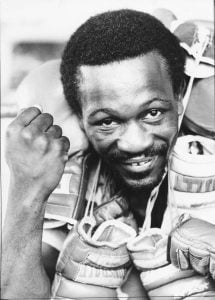 Photo from the WBC

His older brother joined the famed Repton boxing club and took Maurice along when he was 10-years-old.

It paid dividends and Hope went on to enjoy a very good amateur career. He won the National School Championship in 1968 and qualified for the 1972 Olympics in Munich, Germany.

“It was a great privilege to represent England,” he said proudly. “I was just outside the medals. It was not bad. The experience was real good.”

Hope decided to turn professional, after over 100 amateur bouts, with renowned promoter of the time Terry Lawless in June 1973.

Hope won his first four outings before losing for the first time against the more experienced Mickey Flynn. He regrouped and claimed the British junior middleweight title by knocking out previously unbeaten Larry Paul in eight-rounds in November 1974.

The following summer Hope made an ill-advised move up to middleweight where he was stopped in eight-rounds by the vastly more experienced Bunny Sterling in eight-rounds.

“In the first round he came headbutted me and cut me, he got me mentally,” he said. “I’d never been cut before and I held on until the eighth round. In the end I didn’t want to know and to tell the truth I gave up.

“I have always been a natural junior middleweight. After that I stayed at my weight and never looked back.”

His next challenge came when he stopped Tony Poole in 12-rounds to add the vacant Commonwealth title to his collection in April 1976.

“I went to his backyard and fought him,” he said. “It was a good fight. After the 14th round my corner said, ‘Maurice you’re in front but we’re on the road, you’ve got to go out and stop him.’ That is what I did. I stopped him in the last round with 12 seconds to go.”

The win earnt Hope a shot at WBC beltholder Eckhard Dagge, in Charlottenburg, Germany, in March 1977.

“If you get a draw in Germany, you know you’ve won,” he said defiantly. “He knew I won it. Dagge had to defend against [Rocky] Mattioli, who went and beat Dagge. But I say, ‘It’s not him who beat Dagge, it’s me the fight before.’ He tried to avoid me.”

Hope was unable to secure a second title opportunity straight away. He had to defend his European title and stay busy whilst remaining patient.

Finally, he was rewarded with a shot at Mattioli, in Italy, in March 1979.

“He had the mafia supporting him but they couldn’t help him in there could they,” said Hope. “I stopped him in nine-rounds. It was a dream come true for me.

“I had to wait until I came back to England to celebrate because they were very hostile in Italy. It was very frightening, [the crowd] were still saying, ‘Rocky, Rocky, Rocky.’ All my supporters got kicked in. I celebrated when I came home [we] had a good party with all my friends.”

“Life was good and I felt I could beat anyone.” he said. “They took me to Las Vegas to fight Wilfred Benitez, that was the big one, that one would have really made me break through.

“He was a very good fighter; he was coming up in weight. I wasn’t scared of him and felt I could have beaten him.”

Hope arrived in Las Vegas 10 days before the fight and trained alongside his friend Cornelius Boza Edwards.

“While the referee was giving us instructions, he pushed me and that riled me. I forgot about the pace and wanted to kick his face in,” admitted Hope. “I was doing well and after five rounds he didn’t want to come out of the corner.

“His dad knows how to get into his head. There was some confusion but it changed his attitude, he started to take it out on me and I was getting tired. He felt the difference and from there I lost the fight. I didn’t have the power.

“He jabbed me back to the ropes and threw a bolo punch [in Round 12] and that was it, ‘Good night, Maurice.’ I’d never been knocked out but unfortunately that’s the end of me.”

Hope fought once more, when he unsuccessfully tried to regain his old European title but lost a split decision to Luigi Minchillo, in London, in March 1982.

The following year, Hope was awarded the highly prestigious MBE. A decade earlier, his father, who worked as a hospital porter, met and took a picture with the Queen as she did her rounds.

Hope attended a function at Buckingham Palace to receive the honor. He stood in line, with thoughts of his father previously meeting her majesty, as he was greeted by the Queen.

“I took one of those photos of her and my dad and wanted to show her,” he recalled proudly. “When it was my turn, she shook my hand and says, ‘Well done.’ as she’s about to get rid of me, I said, ‘Excuse me ma’am would you allow me to show you something?’ She said, ‘What have you got to show me?’ I said, ‘I’ve got a picture.’ she said, ‘Not now young man, later.’ I thought that was it.

“After the awards, everyone is socializing and they next thing these two big guards came for me and took me into the biggest room I’ve ever seen. I’m thinking, ‘If only my friends could see me know.’ After 5 minutes there she was, the Queen came to see me. I couldn’t believe it. She said, ‘Now young man, what have you got to show me?’ It was a nice picture of her and my father. The Queen came looking for me.”

In retirement, Hope tried his hand at management before switching to the training side of boxing.

“I moved back to London in 2014. I’m still the national coach of Antigua and Barbuda. They send the boys over and I take them to Repton and they live with me and I coach them. I had one guy, Alston Ryan, who won a bronze medal at the 2019 Pan-Am games.”

Hope, now 69, lives in Hackney, London, he’s divorced, he had four children, tragically his son passed away, he has three daughters.

Wilfred Benitez: His jab was good; It had good timing, it was fast and accurate. All his punches were good. He was an artist.

Benitez: He had an excellent defense. He knew how to block. I realized why they called him “El Radar”. He knew exactly what to do, to put his hand up or let the punch go over his head or move his body to avoid whatever you’re throwing. He avoided your attack and put himself in a position to counter. It was like he read your mind and had a counter for it.

Benitez: He had a good jab and knew how to feint. Very quick, fast like a cobra.

Rocky Mattioli: Mattioli had good footwork. He went side to side. When he was punching, he put himself in a position to deliver.

Benitez: I have to give him all the praise. Very clever. He set traps. He had good experience because he started very young.

Vito Antuofermo: Mattioli was like Joe Frazier, he pushed me back. Antuofermo was strong, like a bull. Maybe Antuofermo just beat him. I had to use my boxing brain because he had the power, same with Mattioli, they’re similar fighters.

Antuofermo: Definitely Antuofermo. He’s used to absorbing punches. I hit him one time and he staggered and I hit him with another and he straightened up. He was tired, it was a long fight, in those days it was 15-rounds. It wasn’t his chin that let him down.

Benitez: He could do everything and he feinted you. He was like out of a textbook, I have to give him credit. He was known for his skills. He was a master of distance. High skill level.

Benitez: Definitely, Benitez. He was an all-rounder, he knows all the tricks, all the punches. He was the most experienced fighter I’ve been in with. He achieved the most and is in the history books.