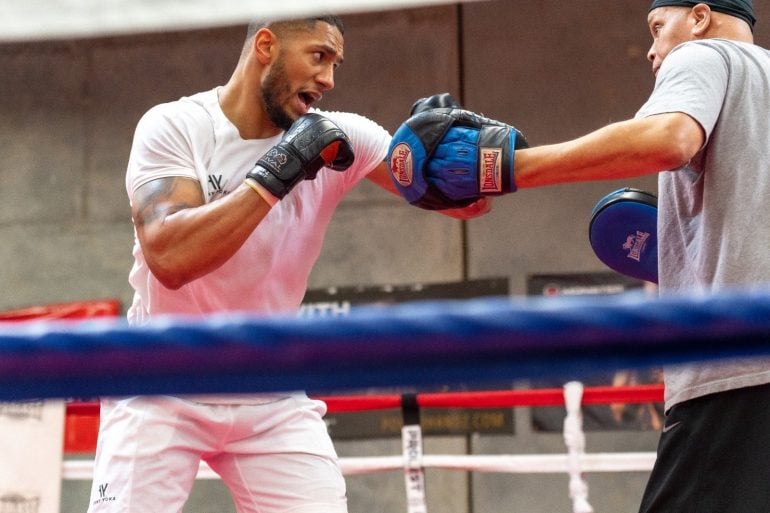 The 12-round bout will take place at Roland Garros, which is the site of the yearly French Open tournament, and in Yoka’s hometown of Paris, France.

The clash between Yoka and Milas is an intriguing matchup between two unbeaten heavyweights who have utilized their size and punching power to obliterate their opposition. Yoka stands at 6’7”, two and a half inches taller than Milas.

Yoka (10-0, 8 knockouts), who is co-promoted by Top Rank and Jerome Abiteboul, last fought on March 5, stopping Joel Tambwe Djeko in round 12 to win a vacant regional title belt. The knockout victory came over three months after a one-sided decision victory over Christian Hammer.

The 29-year-old was scheduled to make his U.S. debut in March of last year on the undercard of the Shakur Stevenson-Miguel Marriaga fight inside the Hulu Theatre at Madison Square Garden in New York City, but the card, along with the boxing world, shut down because of the coronavirus pandemic. Yoka, the 2016 Olympic Gold medalist, was suspended for one year by the French Anti-Doping Agency after Yoka missed three drug tests. The suspension took effect after Yoka knocked out Michael Wallisch in September 2019.

Other notable heavyweights Yoka has defeated in his young career are Alexander Dimitrenko in July 2019 and Johann Duhaupas on September 25.

With travel restrictions easing of late, Top Rank hopes Yoka will be able to make his U.S. debut in the coming months. That would also depend on how Yoka’s fight against Milas plays out.

Milas (15-0, 11 KOs), who resides in Split, Croatia, has not fought since defeating Johnny Muller of South Africa in October 2019. Prior to the victory over Muller, Milas had stopped six of his previous seven opponents.

Also taking place on the September 10 card will be a 12-round junior middleweight bout between unbeaten Dylan Charrat (20-0-1, 6 KOs) of Cannes, France and Spain’s Kerman Lejarraga (32-2, 25 KOs).

Charrat has scored back-to-back knockout victories over Johan Perez and Dmitry Mikhaylenko, both occurring in late 2019. Lejarraga has won his last four bouts since losing by knockout to fringe welterweight contender David Avanesyan in September 2019.