Remember the ending to the Prograis v Redkach Triller fight? Here’s an update 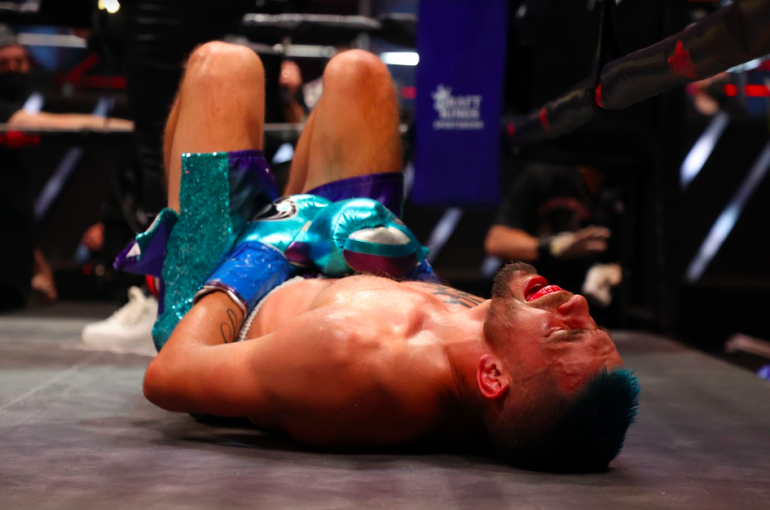 Remember that Regis Prograis versus Ivan Redkach fight, the bout which unfolded on the April 17 Triller production topped by a Jake Paul versus Ben Askren contest?

The fight had a funky ending, with the Ukraine-born California resident Redkach (seen above in Triller Fight Club photo)  hitting the canvas in round six, indicating that he’d been hit low, by a right hand thrown by Prograis. He looked to be in agony. The ref on duty, Jim Korb, after giving Redkach some time to recover, called a halt to the bout. He declared that an unintentional low blow had occured. 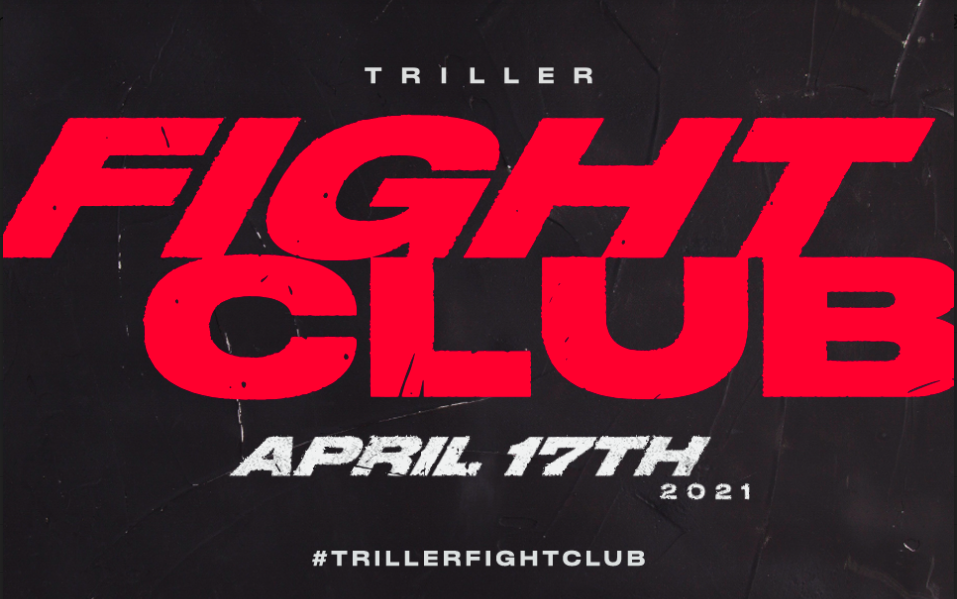 Meanwhile, the announce crew was privvy to replays, and Snoop Dogg, one of the analysts, said he thought the blow wasn’t low. Mario Lopez, Ray Flores, Sean Wheelock, Crimefaces and Al Bernstein agreed with Snoop, for the record.

Prograis stood in the ring, waiting to see what the ruling would be. 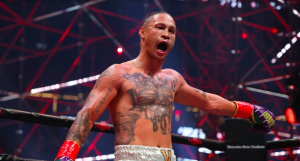 Prograis watched as Redkach lay on the canvas, and he waited to see what the officials on hand would announce as the result of the clash.

He watched as the 35 year old Redkach got strapped onto an EMT board. It was decided, by the Georgia commission, that they’d go to the cards, and Prograis got the win, via UD.

The broadcast moved on, Justin Bieber did some songs, and the main event was still to come. But many folks watching were curious about the finish, especially after they learned that the result had been changed to a TKO win for Prograis.

Team Redkach put together an appeal to the Georgia commission, which included stills and video snippets from the welterweight matchup. Rep Anya Andreeva, Redkach’s SO, submitted a letter which asked for the commission to declare Redkach the winner, because they asserted Prograis won via intentional low blow. According to Team Redkach, an unnamed member of the commission examined Redkach and saw “a bruise on the left side of his groin area.” The bruise came from the low blow, said the Redkach team.

This information got trotted out on May 20, when the commission scheduled a hearing. Andreeva isn’t pleased with how the whole process went down, after the fight ended. She says that the result of the fight was changed unilaterally, and that she was given 90 seconds to make her case on behalf of Ivan.

“Why? Because I am a woman, or because I have no connections, or because they do not have any business/financial interests with me? Five men who have nothing to do with sport,” she told me. “Some of them could not even define a boxing glossary.”

Andreeva said that on fight night, Ivan’s foul protector twisted into his groin area, and that was one cause of his apparent agony when he lay on the canvas in Atlanta. She maintains that Prograis fought a dirty fight, that her guy had to deal with rabbit punches and the like. 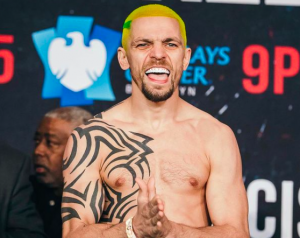 Redkach pictured before his 1-25-2020 match against Danny Garcia.

I reached out to Matthew Woodruff, who heads up the Georgia commission and asked what the commission decided after hearing the appeal from Team Redkach. “The results of the fights stand as they are,” he answered.

Sam Katkovski manages Prograis, and I reached out to him, for his take on how things were handled by the commission after the event. “Yes, they made the correct call,” Katkovski said. “That’s actually the rule in their own rule book.”

Now, it’s time to look forward for Redkach. How his career proceeds is unknown but this can be said for sure–he has a passionate lobbyist working on his behalf, in Andreeva. “Ivan is back to training,” she told me on Tuesday. “He wants to come back at 135 pounds.”