Daniel Dubois returns with second round KO of Bogdan Dinu 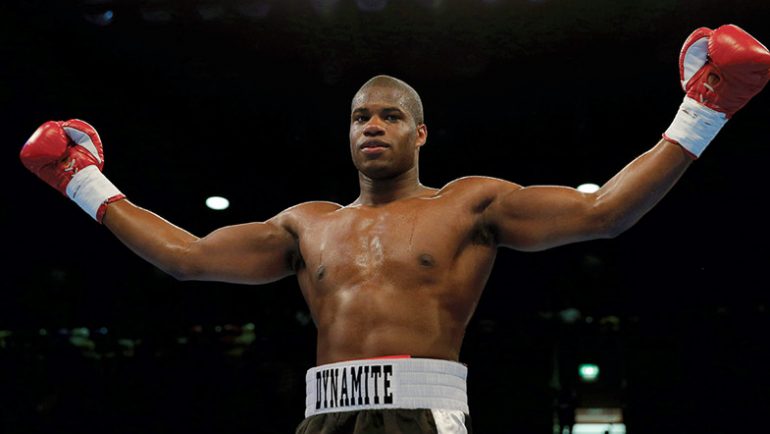 The 23-year-old started the fight positively behind his jab and used it to control much of the opening round.

Dubois (16-1, 15 knockouts) opened up with a combination early in the second round that culminated with a right hand that landed flush, dropping the big Romanian to the canvas. Although Dinu (20-3, 16 KOs) attempted to make it to his feet, he was counted out at 0:31 of the second round by referee Marcus McDonnell.

It was an impressive performance by Dubois, who was fighting for the first time with Shane McGuigan in his corner, since he lost to Joe Joyce last November.

“It’s been a rough ride and I’m glad to be back,” said a relieved Dubois. “I listened to what Shane told me and stuck to instructions and I’m so happy – it’s great.

“Whoever they bring for me, I’m knocking them all out. I want to clear that up, I want to have the re-run [against Joe Joyce]. I need to set it right. I just need to keep listening to what Shane tells me and keep being the best I can be.”

McGuigan was suitably impressed in his charge’s performance.

“He’s only 23-years of age, he’s young,” said the trainer. “He had obviously suffered a loss and needs to go back, rebuild and I think we did that.

“I think that was a fantastic performance, we didn’t have long, give us six-months, a year and you’ll see the best of him.”