Heather Hardy vs. Jessica Camara rescheduled for May 14 in Tennessee 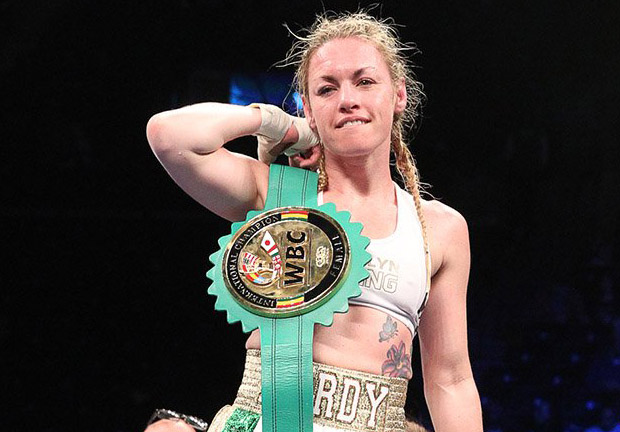 The women’s boxing card headlined by Heather Hardy against Jessica Camara has been rescheduled for May 14.

Promoter Lou DiBella announced the news Friday, saying that the Broadway Boxing card, which was originally scheduled for April 23 in Tampa, will instead take place at the Embassy Suites Nashville SE in Murfreesboro, Tenn.

The former WBO women’s featherweight champion Hardy (22-1, 4 knockouts), of Brooklyn, N.Y. is seeking to bounce back from her first pro defeat, when she lost a unanimous decision to Amanda Serrano in September of 2019. The Camara fight was pushed back a couple of weeks due to a non-COVID illness. The show will still air live on UFC Fight Pass, beginning at 8:30 p.m. ET.

Camara (7-2, 0 KOs) of Montreal, Canada is looking to bounce back from a loss of her own, to Hardy’s Gleason’s Gym gym mate Melissa St. Vil in February of 2020.