Ivan Redkach: Atlanta will always remember me after I beat Regis Prograis 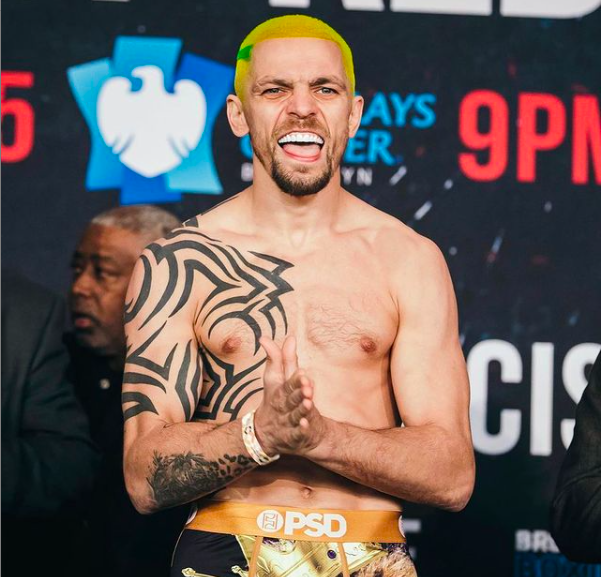 Underdogs do not usually come into their fights smiling as brightly as Ivan Redkach has been lately.

Knowing his chances of securing large fights could dwindle down if he doesn’t pull off a huge upset, the 35-year-old Ukraninan slugger is coming to Atlanta supremely focused on trying to defeat fellow southpaw and former world champion Regis Progrias. And at the same time, he’s trying to steal the show in what will be an unconventional boxing card headlined by YouTube sensation Jake Paul and former MMA star Ben Askren as they meet Saturday, April 17 at the Mercedes-Benz Stadium on Triller’s pay per view streaming service.

“This fight feels completely different for me than other fights,” Redkach said in his native Russian. “We had a full 8-week camp to prepare with very tough sparring. It is rare for me to have a full camp and I took advantage of it. This camp was a tough one, but I am so grateful to my coach Jack Mosley and to everyone at Triller for this opportunity.

Redkach (23-5-1, 18 KOs) has stayed committed to his career throughout the pandemic basically living in the gym as he hoped to secure a large fight with the likes of Adrien Broner so he jumped at the opportunity to take on Prograis, The RING’s # 2 rated junior welterweight.

“First Broner wanted to fight me, then he did not want to fight and you see how looked in his last fight,” Redkach said. “We know Broner is a piece of garbage so he saved himself from being embarrassed by me. Now we have Regis. Regis made a big mistake choosing to fight me and he’s making another mistake if he is overlooking me and planning his next fight. He is the one who has trouble making weight. He asked for this fight to be 142 pounds and 10 rounds. He knows he cannot make 140 pounds. I have no problem making 147, 140 or 135 if I have to. I have been eating anything I want to because I know my body and I have been in the gym all of last year.”

2020 started for Redkach with a tough, one-sided unanimous decision loss to Danny Garcia in January in Brooklyn. He went on a long-awaited family vacation to Mexico in March, but the Covid-19 pandemic struck, causing global shutdowns and Redkach and his family were unable to return to Los Angeles for two weeks. 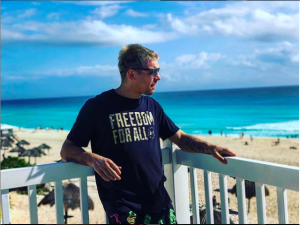 “At least we were together and we were stuck in paradise so that wasn’t too bad,” Redkach recalls. “As soon as I came back, I called Jack, and we went straight to work. I want to be ready for any challenge.”

Redkach was disappointed he could not secure another fight in 2020 but he said it just motivates him all the more to put on a show on Saturday and take Prograis down. Redkach may be an underdog on Saturday according to oddsmakers, but to non-boxing fans who may be tuning in to watch the likes of Snoop Dogg, Ice Cube and Justin Bieber perform, Redkach knows he has an opportunity to win over some new fans.

“I know for a fact there will not be Regis Prograis fans watching. There will be new boxing fans who will see us for the first time. They will become Ivan Redach fans when I beat him. I will always be remembered in Atlanta for this momentous win.”

Redkach has been in this position before. Nearly two years ago, Redkach was an underdog when he climbed into the ring to face  Devon Alexander and in a career-saving and defining performance he knocked Alexander out thrusting himself back into the conversation for big fights, which led to the opportunity to face Garcia.

“They were all saying the same thing before I fought Alexander,” Redkach added. “He is going to do this to me and that to me and in the end he didn’t do anything to me. Since Prograis fought (Josh) Taylor what changes has he made? How did he improve? Whom did he fight? We will find out all the answers on Saturday.”

Redkach’s 1,000 watt smile grew even wider when he thinks about fighting on a card not only headlined by Jake Paul but also having Snoop Dogg perform and work in the capacity as promoter with Triller.

“This is great for boxing,” Redkach said. “Snoop Dogg will bring more fans to the sport and he is a big fan of boxing. I have been a fan of his music since I was young so for me this is a big deal. I am used to fighting on big shows so I am glad to have this experience as well.”