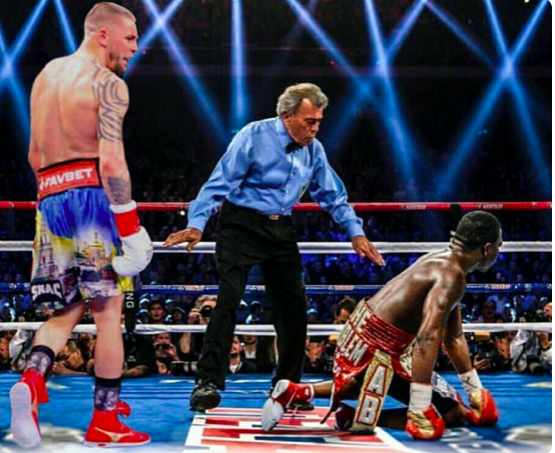 Solid Photoshop effort here, a rendering of what Redkach sees in his head, when he pictures a Redkach-Broner meeting.
24
Sep
by Michael Woods

It’s not set in stone, but he’s in the running for the gig, and Ivan Redkach isn’t going to pretend to be blase. The 34 year old Ukraine native, who lives in California, is quite up front that he’d like to fight Adrien Broner, and what he thinks he can do in that fight if he’s given the opp.

“I pray that he would agree to this fight, and then I will do everything that will be in my hands,” Redkach told RING. Broner spoke to Brian Custer, on Custers’ podcast, saying he thinks his next fight will come against Redkach (23-5-1, with 18 KOs), who we last saw in a ring versus Danny Garcia on Jan. 25, 2020, in January.

Some of you may recall that clash had some interesting elements to it. Garcia said that Redkach bit him near his shoulder, and the New York State Athletic Commission clamped down on the fighter. They threatened to take his purse, but he appealed, and a lighter punishment was decided upon.

Ivan Redkach was told by the NYSAC that his entire purse for fighting Danny Garcia would be forfeited, for biting, but his appeal worked, and the punishment was minimized.

He’s now looking forward, and at Broner, who last entered a ring Jan. 19, 2019, against Manny Pacquiao. AB lost a decision, unanimously, and generally shat the bed. (Click here to see RING coverage of the disappointing scrap.) His talk leading in wasn’t mirrored by his effort, which consisted mostly of making sure he didn’t get hit too hard or too often.

Redkach doesn’t seem to be a fan of AB, so maybe he paid for that PPV, and felt he didn’t get his money’s worth. “I’m excited I will destroy (him), and send (him) too long retirement,” Redkach said.

“Every day, every morning and night, when I wake up I go for a run and Broner goes to sleep from the nightclub,” Redkach continued. “Whatever he thinks, if he does not respect me as a boxer, it will play badly for him, I will bring him pain. And I don’t care where the fight would be, the main thing is that there will be fights. It would be good to have it in LA. Or it could be at his house, I will make his fans see!”

Redkach told me that in fact, he was almost booked with Broner before, but that was switched up, and he met Garcia instead.

Redkach then stepped back, and looked at the bigger picture of his career, which started out in 2009. “This my time, it’s my last chance,” he shared. “Before, I had no luck, now I have a good team. I am very grateful to Al Haymon, and my promoter Tom Brown, for this opportunity, they did a lot for me. I appreciate it. My coach Jack Mosley really wants me to send him to retirement. He calls me every morning and says, ‘You’re ready, you’re ready to go!’ 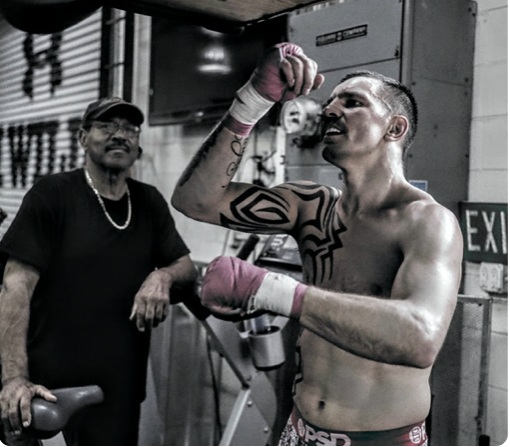 Redkach popped into the news not long ago when he engaged in some sparring, with young gun Gervonta Davis. Redkach tweeted out that Davis left before they did the agreed to six rounds, Davis countered by leaking some video of him getting the better of Redkach, and they went back and forth for a couple days, in July.

“Possibly that sparring was some motivation for Broner,” Redkach told me. “Those 20 seconds did good and bad towards me I think. That video shows only my weakness. The whole sparring video could show the opposite and it could frighten away Broner. Also, sparring is not a fight, everyone knows it. It was my favor to Gervonta since his manager asked me to help them. You know what, I have no idea if that was the plan on their behalf. But I have learned my lesson. I do not need Gervonta. I had never seen him as a sparring partner or even as a future opponent. I had never even thought about Gervonta. They asked about some help, I guess I helped them. But back to Broner. I pray he’s not afraid of me, after two years with no boxing for him.”