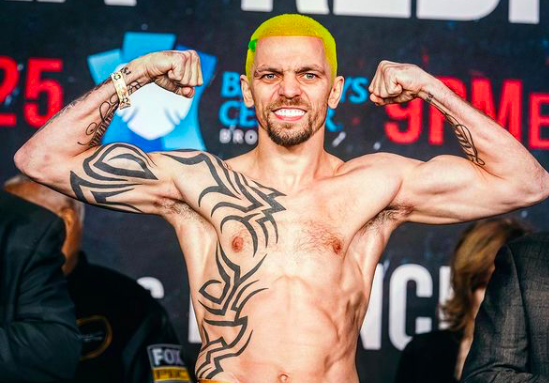 Ivan Redkach had his fingers crossed that he could put his hands on Adrien Broner, and was a little bummed when he learned AB was fighting someone else Feb. 20. But the gloom evaporated when the new kids on the promotional block, Triller, asked Redkach if he’d like a slot on the April 17 Triller Fight Club event in Atlanta topped by a Jake Paul vs. Ben Askren bout.

Regis Prograis would be across the ring from Redkach. The California resident, known for, among other things, a penchant for dying his head showy colors, grabbed at the chance to tangle with the Louisiana native. 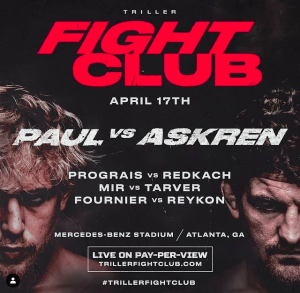 “I was looking at a fight with Broner,” the 35 year old Redkach told me, “since August of 2019. However, it was pretty much predictable that we wouldn’t fight together. The only reason I wanted to have that fight is his name. You’ve seen his fight. He was not ready for me, and not only for me. Redkach vs. Broner would not have any intrigue. There was no one to fight with. AB did not show anything new or exciting (when he fought Jovanie Santiago on Showtime). Without undue modesty, I will say that the fight with Broner would have been too easy for me and would have ended very quickly for Broner. I would have knocked him out.”

Redkach, who holds a 23-5-1 record, hasn’t fought since his rather controversial outing against Danny Garcia on Jan. 25, 2020. Member that affair?

And what has Redkach, a Ukraine native, been up to since that Garcia match? “Many people complain about the past year, but I have nothing to complain about,” Redkach said. “I appreciate Danny Garcia for our fight. During the fight with Danny Garcia, I sustained a shoulder injury. I fixed it and became stronger. I took a vacation with my family, and I proposed to my best friend, my love, my supporter, my soulmate, my “Anichka.” Honestly, I was more nervous than in the ring. I made a big step in my life, and I am blessed she accepted my proposal. The family is the first, but Anya keeps saying – boxing is the first, and we will wait and support you! I have the best support in my life.” 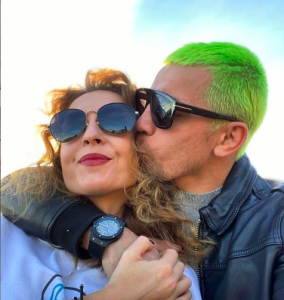 Redkach says his missus goes above and beyond in supporting his fighting life.

Another part of Team Redkach is Jack Mosley. The papa to “Sugar” Shane is the voice of reason and lead instructor for Redkach, who debuted as a pro in 2009.

“We are on the same page,” the boxer said of the tuor. “The whole year we have been training, no matter what. During the quarantine, always, Jack says, ‘Ivan, it doesn’t matter what’s going on, we have to work!’ He pushes me and trains me every day. I was training during my vacations, and I had to report my training to Jack during vacations. I am honored to have Jack on my team. He raised and made a world champion in Shane Mosley, he’s a world renowned two time boxing trainer of the year. I have the best coach!”

And he will be tasked with seeking dents in the armor of ex junior welter champ Prograis, a 32-year-old lefty with a 25-1 record, whose sole loss came to Josh Taylor. The fight is contracted at 142 pounds max.

“I had not thought about Prograis as my possible opponent, but I was glad to receive such an offer,” Redkach said. “Prograis is a strong and tough fighter with a strong punch and good bodywork – strong punches to the body.”

The boxing world can be small, sometimes. Have they sparred before?

“Yes, two or three times,” Redkach recalls. “Definitely, I can’t say anything bad about our sparring. In my opinion, we had good sparring, and it was an experience. Now I know for sure, it is great that we had sparring together.” 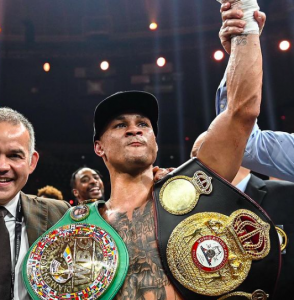 Prograis will be the favorite over Redkach, though the Ukrainian doesn’t seem daunted by the task.

What are Prograis’ strengths and weaknesses, in the mind of Redkach?

“Prograis is a strong and tough fighter, with a strong punch and good body work,” he said. “His weaknesses?”

Redkach didn’t want to get into anything specific he might like to try and exploit. How about a hint on how Redkach will prosecute his case against “Rougarou.”

“If you want to make God laugh, tell him about your plans,” Redkach quipped. “My plan will stay with me and my team until the fight. You will see it on April 17th.”