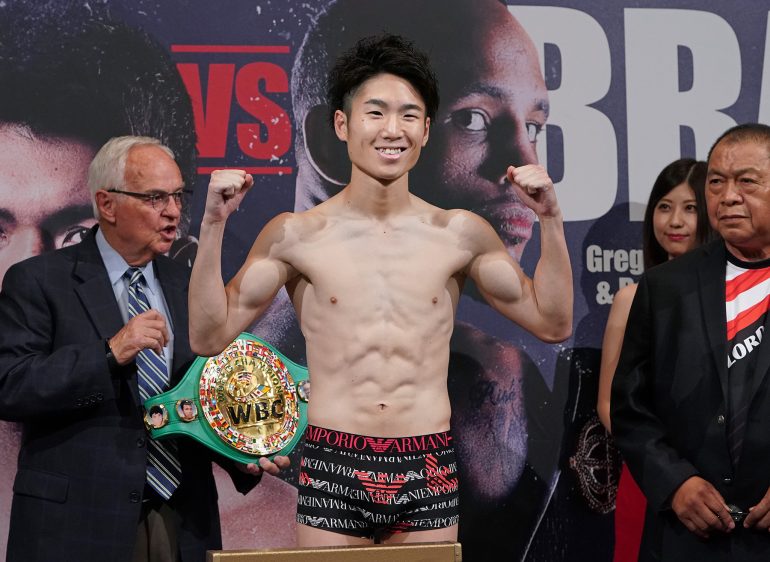 Teraji, who is rated No. 1 by The Ring at 108 pounds, hasn’t fought since he stopped Randy Petalcorin in December 2019.

The 29-year-old had been due to face Hisada on December 19. However, the fight was put on ice when it was revealed Teraji was involved in a drunken fracas in his native Japan. The Japanese Boxing Commission (JBC) suspended his license for three months.

Teraji will be bidding to make the eighth successful defense against Hisada having won the WBC title against Ganigan Lopez in May 2017.

Hisada, who is rated No. 6 by The Ring at 108-pounds, has been a professional since 2003. He was a journeyman for over a decade but won a Japanese national title in 2016. Reeling off six defenses, he turned back the challenges of Kenichi Horikawa (UD 10) and Atsushi Kakuatani (TKO 8).

Hisada, 36, gave Hiroto Kyoguchi all he could handle in a Ring and WBA title fight in October 2019, which he eventually lost by decision.