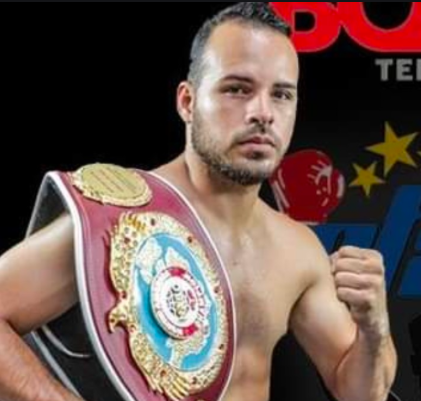 Yomar Alamo could be on the verge of facing the top fighters at 140 pounds. Before that happens, he must notch an impressive victory over a fringe contender from a well-known boxing family.

Friday night will mark the season debut of the popular series, which is promoted by All Star Boxing. It will also mark another chapter in the rivalry between fighters from Puerto Rico and Mexico. 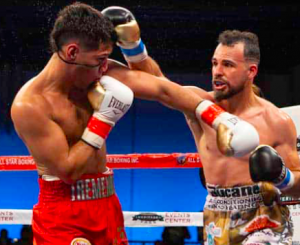 Alamo got the better of Castaneda on ESPN.

Alamo (18-0-1, 12 knockouts), who resides in Caguas, Puerto Rico, has not fought since February 28 of last year, when he defeated Kendo Castaneda in a clash of unbeaten prospects. In his previous fight in October 2019, Alamo and Antonio Moran fought to a split-decision draw.

The 25-year-old has now fought under the All Star Boxing banner for almost three years. Promoter Tuto Zabala believes Alamo can contend in a very talent-rich division that is 140 pounds, but needs a signature win before facing the upper echelon of the division.

“Alamo has not fought in a year because of the pandemic,” Zabala told The Ring Tuesday afternoon. “In his return fight, he has a tough rival in Beltran, who comes from a boxing family. Beltran’s cousin, (former WBO lightweight titleholder) Ray Beltran, is his trainer. “If Alamo wins on Friday, important fights will come his way, including elimination fights. He doesn’t only need to win, he needs to win impressively. Beltran is not going to be an easy fight. He’s going to come with everything.”

Beltran (17-3-2, 10 KOs), who resides in the boxing hotbed of Los Mochis, Mexico, has not fought since losing by unanimous decision to then-unbeaten Derrieck Cuevas in July 2019. Beltran has lost his last two bouts after going unbeaten in his previous 17 bouts.

The 32-year-old is the older brother of former world title challenger Miguel Beltran.

More on the card—In a clash of unbeaten cruiserweights, hard-hitting Rafayel Simonyan (9-0, 8 KOs) of Armenia will square off against Chile’s Abraham Tebes (5-0, 2 KOs) in an eight-round bout.

Junior lightweight Floyd Schofield (2-0, 2 KOs), an 18-year-old from Austin, Texas, will square off against Miami’s Jonathan Conde (2-5, 2 KOs) in a four-round bout.

Following their March 13 card in Mexico City, All Star Boxing promoted eight shows in Kissimmee with no fans in attendance. Promoter Tuto Zabala announced that on Friday, fans will be allowed to attend, at 50% capacity. All safety measures, including social distancing, temperature checks, and wearing of masks, will be required prior to entering the venue.

Francisco A. Salazar has written for The Ring since October of 2013 and has covered boxing in Southern California and abroad since 2000. Francisco also covers boxing for the Ventura County (Calif.) Star newspaper. He can be reached by email at [email protected]com or on Twitter at FSalazarBoxing