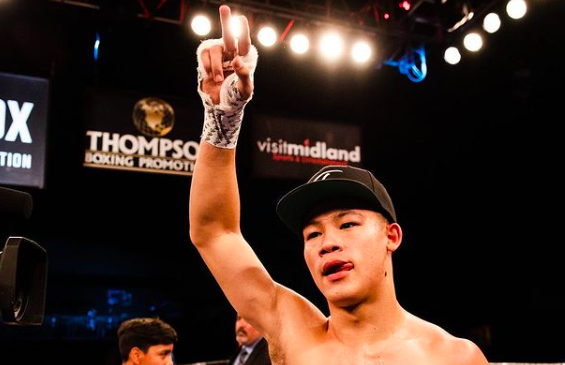 The 10-rounds or fewer bout will take place at the Mohegan Sun Casino in Uncasville, Connecticut and will headline a three-bout ShoBox telecast (Showtime, 9 pm ET/ 6 pm PT).

The hard-hitting Lee (21-0, 19 knockouts), who resides in Yuba City, California, last fought in a stay-busy fight on December 19, stopping Dakota Linger in round three.

In his previous fight, which was also part of a ShoBox telecast, Lee dropped Jimmy Williams three times before winning by knockout.

March 10 will mark Lee’s third appearance on the popular series. The 21-year-old debuted on ShoBox March 13, stopping Camilo Prieto in round 3.

Teah will be Lee’s toughest test on paper and it will be interesting to see if he can take Lee into the later rounds. Lee has only reached round four on two occasions.

The 33-year-old Teah (17-3, 7 KOs), originally from Monrovia, Liberia, now resides in Philadelphia, Pennsylvania. He defeated journeyman Dieumerci Nzau by unanimous decision in his last bout on March 7. In his previous fight in November 2019, Teah won a hard-fought majority decision over Sonny Fredrickson.

Click here to read a feature on Teah by Joe Santoliquito.

Teah’s fight against Lee will mark his fourth appearance on ShoBox. Teah defeated O’Shaquie Foster, who is currently ranked No. 10 by The Ring at 130 pounds, in November 2015, but lost by majority decision to Montana Love in February 2018. Over nine months after the loss to Love, Teah defeated Kenneth Sims, Jr. by unanimous decision.