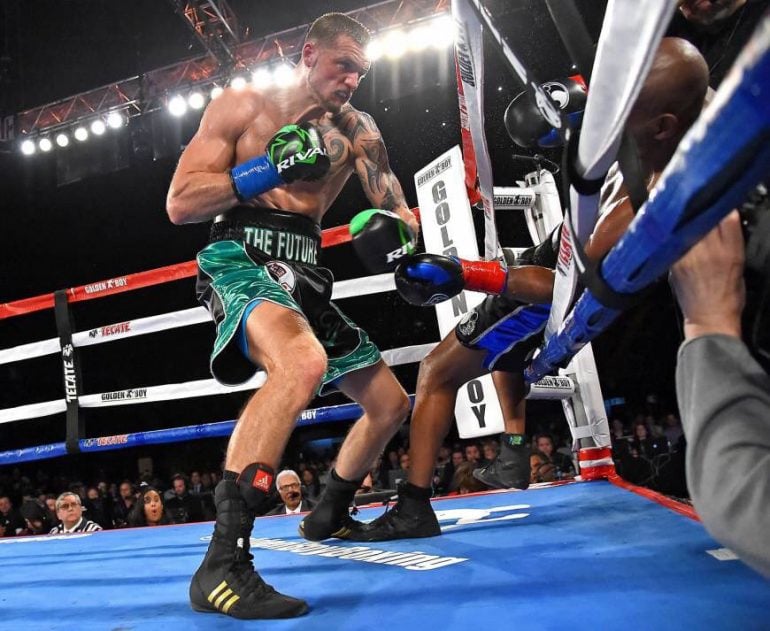 The Joe Smith Jr. vs. Maxim Vlasov fight, which was scheduled to headline this Saturday’s Top Rank card on ESPN, is off after Vlasov tested positive for Covid-19, the promotion announced Thursday.

As a result, the lightweight bout between Richard Commey and Jackson Marinez will be elevated to the main event at the MGM Grand’s “Bubble” in Las Vegas.

The Smith-Vlasov fight was to be contested for the vacant WBO light heavyweight title. Smith Jr. (26-3, 21 knockouts) of Long Island is the no. 1 contender with the WBO, riding high off of wins over Jesse Hart and Eleider Alvarez, while Vlasov (45-3, 26 KOs) is rated no. 3.

“I am devastated with the postponement of my world title fight against Joe Smith Jr.,” said Vlasov in a press release. “I have been following strict protocols, I have done regular testing with negative results, and I have no symptoms. I am well prepared and had an excellent training camp. I look forward to the rescheduling of the fight and the opportunity to display my world class skills.”

Marinez (19-1, 7 KOs) of the Dominican Republic is looking to bounce back from his first defeat, a unanimous decision to Rolando Romero in August, while Commey (29-3, 26 KOs) is fighting for the first time since suffering a second round knockout to Teofimo Lopez in 2019.

The card will go on as planned at 10 p.m. on ESPN, with Adam Lopez facing Jason Sanchez in the 10-round featherweight co-feature, and Jared Anderson facing Kingsley Ibeh in a six-round heavyweight bout. The undercard will stream live on ESPN+ at 8:15 p.m.