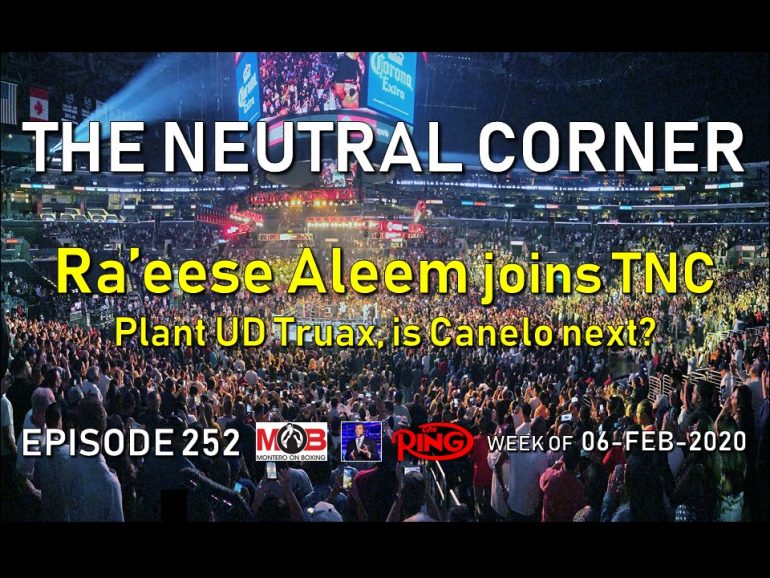 The Muskegon, Michigan native is coming off a breakthrough TKO 11 win over Vic Pasillas on January 23. Although he’s happy with the “W”, Aleem says there are plenty of things he could have done better. 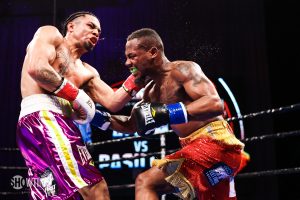 “I’m still just kind of reflecting on some things,” he told The Ring. “There’s a lot of things that I did good, but there’s still a lot of things I did bad. I gave him opportunities when I didn’t have to. There were a few times where I lunged in with punches. After I dropped him in the second round, I started to smell blood and I was going for the knockout. I was probably trying a little too hard. Had I not been going for the knockout, I think I could have stopped him in the sixth or seventh round.”

Aleem started practicing karate at just three years-old and took up boxing at the age of 14. Up until the Pasillas fight, he had flown under the radar with many fight fans and industry insiders alike. The powerhouse promoters overlooked him when he turned pro in 2011, and Ra’eese believes he knows why.

“I think it’s because I’m from Muskegon,” he said. “I’m from a small town that has never produced a world champion. Had I been born and raised in Las Vegas, New York, Florida or California, it would have been a completely different conversation.”

On the same night Aleem beat Pasillas, Philadelphia’s Stephen Fulton defeated Angelo Leo to claim one of the junior featherweight world titles. Aleem was impressed with Fulton, but also saw things that he feels he can exploit.

“I think Fulton put on a great performance. He beat Angelo Leo at his own game and looked good doing it. At the end of 12 rounds, he didn’t even look tired. Out of all the champions (at 122-pounds) I think he has the best boxing IQ next to me. But if we fought head to head, I would win that fight. He lets you fight your fight. And if he lets me fight my fight, I beat him.”

Ra’eese Aleem doesn’t plan on taking things slow. If the 30 year-old had things his way, he’d challenge Ring’s #1 rated junior featherweight next. “I would fight Murodjon Akhmadaliev”, he said. “He has two of the titles. But Brandon Figueroa, Luis Nery, Stephen Fulton – I want all of those guys.”

The following night, PBC on Fox returned with a card from Los Angeles. In a super middleweight battle of Calebs, Caleb Plant shutout Caleb Truax over 12 one-sided rounds. Plant claims he hurt his left hand in the fight, which he won by unanimous decision to improve to 21-0 (12 KOs). Although his performance didn’t exactly set the world on fire, with the victory, Plant is now on the short list of future opponents for Canelo Alvarez.

No major fight cards of note.