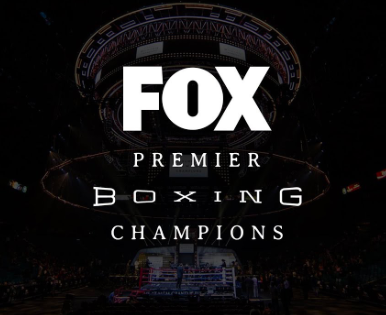 It was with much fanfare that Fox Sports and PBC announced their marriage, back on September 5, 2018.

A “landmark four-year, multi-platform agreement,” that was the phrasing used in the release touting the hookup between Al Haymon’s Premier Boxing Champions, born in 2015, and Fox Sports, the division of the Rupert Murdoch conglomerate, started in 1994.

This was right smack dab in a flush time for certain entities and people in the boxing sphere, if you recall, what with the DAZN push to gain subscribers to their streaming service spotlighting pugilism, and ESPN’s pairing with Top Rank also part of a capital injection and interest surge into the sweet science. If you assumed there would be a direct correlation between the amount of money being thrown into center ring–hundreds and hundreds of millions–and the quality of fare being offered and the inevitable surge in popularity of the sport as a whole you’d have been wrong, however.

So, you remember the PBC-Fox deal being hyped? This would make Fox “the preeminent broadcaster for PBC’s top-tier championship fights featuring its biggest and brightest stars.”

We all know, don’t we, that press releases and reality don’t always match up. That’s not being a cynic, that’s being a realist. It comes from knowing that PR folks tend to play up the best-case scenario during those heady times when deals have just been consummated and all parties are in a confident head space about the inroads that will be made, the triumphs that are to come.

We are at the more than midway point of a four year deal, judging by the original wording off that 2018 release. And it’s perhaps as good a time as any to take a harder look at the Fox-PBC pairing, and try to figure out the level of strength, or lack of, in the relationship. Especially because I’ve heard chatter that the Fox-PBC union will not go that four year distance, that Fox is planning to allocate resources and time on their schedule in other ways.

A fight-game titan told me a few weeks ago that was the word on the street…and then after the fight citizen analyst Nayka Mercedes touched on it, on her YouTube channel, on the “Knockouts With Nayka” show. She said a “little birdie” told her that the pair-up of Fox Sports and PBC  will be no more, and PBC would move their content to CBS.

Would Fox really pull that plug early? Since the union was made official there’ve been some good shows, and some bad shows, and great fights and stinkers put together by Team PBC and launched on the Fox platforms. That’s not breaking news, all the promoters and leagues, the Top Ranks, the Matchrooms, the PBCs, they’re all in that same boat, the track record of hits and misses is mixed.

Fox showcased fights on Saturday evening on “regular” Fox, with a main event featuring Caleb Plant defending his IBF super middleweight title against Caleb Truax. Before this card, Fox had shown PBC fights Dec. 26, on a Saturday night, with a David Morrell v Mike Gavronski super middleweight main event. Morrell went to 4-0, and while he may well grow to be an A-grade pugilist and multi weight titlist, he is not very well known, even to the hardcores. Nielsen said that the four-fight telecast drew an average of 920,000 viewers, with a peak viewership of 1,027,000 during the main event. Before that, Fox Sports and PBC had offered a heavyweight main event, on their Nov. 7, 2020 show, with Luis Ortiz in against ultra underdog Alexander Flores. The numbers for that set of bouts and others are best digested by someone who can do a proper compare and contrast, and know what the network typically gets in that same time slot, how much they pay for the product that is placed in the slot, etc.

It may be that the health and wellness of the union at present hinges of the definition of the word “marquee.” Sharp eyed readers will recognize the name “Wanger,” he mades waves when he did some territorial marking on the Chris Mannix pod.

Ideally, to get a clear sense of what FOX thinks of their four year deal at this juncture, you’d also want to know how the suits there interpreted the Errol Spence-Danny Garcia pay per view promotion, which was offered on Saturday, Dec. 5.

It’s no secret, probably, to hardcores reading this that doing PPV during the pandemic economic slowdown is not an easy lift, so it wouldn’t be shocking if FOX executives didn’t get a “good news” lift that they’d wanted from the Spence comeback event. You’d also want to know how executives at FOX interpreted data from the Feb. 22 PPV, the Deontay Wilder-Tyson Fury faceoff, a collaboration with rivals across the aisle, at ESPN and Top Rank. The fact the offering didn’t resonate more massively did raise eyebrows at, say, the Top Rank offices, and so maybe right then a Fox exec or two started to doubt boxings’ drawing power.

That’s not to fixate solely on “misses.” The Fox Sports and PBC marriage has provided fodder that has entertained fight fans quite effectively. The Jeison Rosario upset of Julian Williams on Jan. 18, 2020 sure did press all the buttons, it was dramatic as hell and reminded us all that underdogs shouldn’t be looked past.

Back to the present–No diss on Caleb Truax, he showed himself Saturday to be what I told you he was, by and large, in this story posted hours before the fight. But “landmark” and “pre-eminent” would have been more along the lines of Caleb Plant against Canelo Alvarez. Truax was a massive underdog, in the same sphere arguably as Alexander against Ortiz and Gavronski versus Morrell.

If you were like me, you might have been pondering to yourself that match, and the meaning of it, inside the bigger pictures within the sport. There are always bigger pictures to look at, and oftentimes, to be very frank, you and me are not invited for a sneak peak. How the sausage gets made, it’s more under wraps in this sport than the probably all the others, because the lack of centralized power, and the leeway the promoters and managers and platform providers and “sanctioning bodies” have in crafting the schedule, which is a year-round construct. So that means I don’t know what Plant was paid, or what Truax made, or what the size of the money pot PBC has to play with for making such a card. What is Fox paying PBC annually for this product? $50 mill? A hundred mill? Someone in between? And I don’t know what sort of rating they ideally want to achieve from fare presented from 6 PM till after 10 PM on Fox over the air channels…or for that matter, their cards that screen on FS1, the main cable channel.

But when you don’t know, you ask. So I poked around Sunday into Monday and reached out to another bigwig. This person has no direct dog in this hunt, but told me a similar story. That it’s being talked about in certain circles in fancy offices that Fox and PBC will part ways, and that four year deal will not hit the finish line. The CBS part of the move, that person said, doesn’t sound at all plausible.

I then reached out to Tim Smith, vice president of communications for Haymon Boxing, and asked about that rumor. In good humor, Smith answered and riffed off the fact I’d told him “another high level person” told me that Fox Sports and PBC parting ways early was something they’d been made aware of.

“Original reports in Sept. 2018 were of a four year deal, Tim,” I said. “So, is PBC currently looking for a new platform because Fox has chosen to end their involvement in PBC boxing?”

“Your source is high,” he cracked back. “Have your “high’’ level source put this in perspective for you. FOX PBC Fight Night scored 1,608,000 viewers in primetime on Saturday for a three-fight card that featured Caleb Plant’s dominant win over Caleb Truax via unanimous decision in the main-event. That’s 23% better than last year’s 1,304,000 viewers for the comparable telecast on 1/18/20. That ranks as FOX’s best PBC Fight Night performance since 12/21/19. The main event portion of the telecast averaged 1.887 million viewers. The telecast peaked with 2.019 million viewers from 10-10:15p.” He continued, with more meat attesting to the strength of the PBC product on Fox. “Earlier in the day, PBC’s prelim bouts averaged 871,000 viewers, +4% better than FOX’s last PBC Prelim performance of 837,000 viewers on 6/23/19. Audience peaked with 1.221 million viewers from 8-8:07p.”

A Feb. 2 Boxing Scene story indicated that the Fox-Truax show performed quite well, too.

Any story like this has to be seen from a wide angle. One element that is influencing the sport is the leverage enjoyed by top level fighters to attain premium purses. The whole market is skewed by that fact, and the need for PPVs to get made to satisfy the purse demands.

On Monday, early evening, I reached out to Fox Sports media relations, and asked for a confirm/deny from their end.

I’ve been told by two different very high level boxing people that it looks like the Fox Sports and PBC deal will end early, I said. It was reported in Sept. 2018 that it would be a four year deal, but Fox is seeking to end the partnership early, that’s the gist of it on the grapevine, and no, neither source told me WHEN this split might occur, I noted, via email.

A reply, attributed to a Fox spokesman, was furnished late afternoon Tuesday: “On the heels of our best PBC Fight Night viewership performance since December 2019, FOX Sports greatly values our partnership with Premier Boxing Champions (PBC), and are excited to continue showcasing top-notch bouts throughout our contract, including our next event on February 27.”

I could end by saying that boxing is really in a state of flux now, and the rumors of the PBC on Fox deal being on unsettled ground are in line with the uncertainty in this marketplace. But boxing is pretty much always in some state of flux, isn’t it? And, if things change from what that spokesman shared, and we learn that Fox is parting ways with PBC sooner rather than later, bet on this: Al Haymon will find a spot for his fighters to do their thing, his track record is strong in that regard.