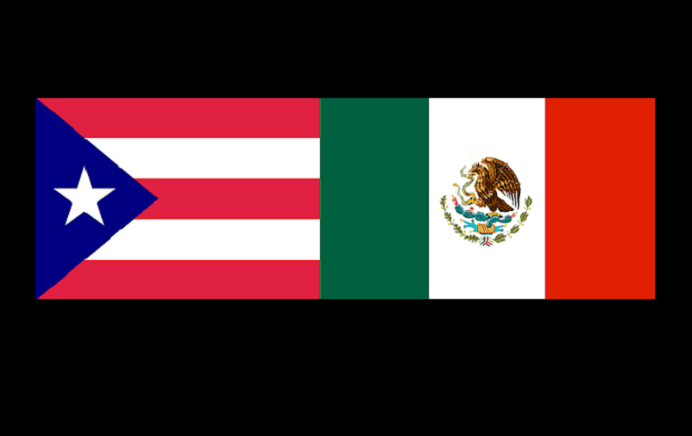 How many Mexico-vs.-Puerto Rico mythical matchups can you come up with?
29
Jan
by Doug Fischer

I would like to rattle off some questions for you, if that is quite alright.

Here are my MM’s:

Also, I didn’t see your Bridgerweight rankings. Thank you. Keep up the great work. – RR 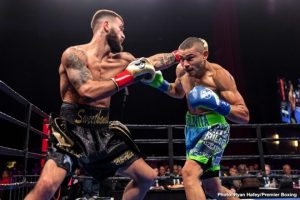 Why haven’t Plant and Benavides fought? Is it because they (the PBC) see BOTH fighting Canelo in money maximizing fights as long as they both stay undefeated? Well, yeah, I’m sure the PBC would to have both fighters eventually face Canelo. Those are big fights, but for the foreseeable future Plant is the one who is in the running to face Canelo, not Benavidez, and that’s because Caleb has a world title. Canelo wants to unify the 168-pound belts. And that’s one of the reasons we haven’t seen Benavidez-Plant. It makes more sense (in terms of money and magnitude) for the PBC showdown to be a unification bout, but Benavidez is currently without a world title. They only simultaneously held titles from September 2019 to August 2020 (when Benavidez lost the WBC belt on the scales) and the pandemic made it all but impossible to organize a unification during that period. Plant won his IBF title in January 2019 and Benavidez regained the WBC title in September 2019 (after being stripped of the green belt in August 2018 for testing positive for cocaine). Benavidez is a beast in the ring, but he’s only got himself to blame for the loss in his career momentum. Hopefully, he gets back on track this year.

Will Joe Smith get a Beterbiev fight? I think it’s very likely, but Smith has to beat Maxim Vlasov for the vacant WBO title on Feb. 13 first.

What is up with Bivol? Is he going to get Beterbiev or move down to 168? Whichever opportunity presents itself first. I hope he gets Beterbiev.

Who will be the first “high profile” guy to fight Andrade? Does Chris Eubank Jr. count? Does Jaime Munguia count? If Munguia can’t get a crack at GGG in May, I can see his handlers aim for Andrade.

How do you see Shakur doing against the studs at 135 (including Loma)? Stevenson hasn’t even fought at 135 pounds yet (he’s only fought twice at 130), but he’s such special talent and skillful boxer that I believe he could hold his own against all of them, although I think Teofimo Lopez’s blend of speed, power and technique would ultimately be too much for him right now.

Who are you picking in the Chocolatito/Estrada rematch? I know Estrada is the favorite, but I’m gonna ride or die with my man Roman. I’m going with Gonzalez by hard-fought decision.

How do you think the fight will flow? I think it will be a lot like the first fight, but with even more exchanges and inside work, which means we’re all blessed!

Who would win a Berchelt/Joseph Diaz fight and how (at Jr Lightweight)? Given Berchelt’s experience, size and power, I’ll give him the slight edge, let’s say Alacran by decision, but JoJo’s experience and tenacity is very underrated, and the U.S. Olympian has a difficult style for the Mexican vet. It’s an interesting matchup. Ask me again after Diaz fights Rakhimov and Berchelt fights Valdez.

Who wins a Prograis/Thurman fight at Welter and how? Wow! I’ve never considered this matchup. Two of favorite fighters. Fascinating clash of styles. Prograis is the high-volume aggressor with underrated craft; Thurman is the stick-and-move power hitter with underrated ring generalship. Prograis is hungry and seemingly at his peak; Thurman’s the proven welterweight veteran. I’m gonna go with hunger and aggression and pick Prograis by close decision in a good, hard fight.

First time long time and all that. Hope you and the family are well.

Looking at the announcement for Canelo Yildrim coinciding with the announcement of a 2-fight promotional deal with Matchroom I couldn’t help but start to wonder if there was more going on here.

I know a lot of people will be down on this fight as, let’s be honest, with no disrespect intended, Yildrim isn’t in Canelo’s league. However, with the date being in February it still leaves Cinco De Mayo and Mexican independence weekend free. Is it a case of get the mandatory for the WBC in Yildrim out the way meaning that sanctioning body politics are less likely to get in the way of a unification fight against one of the other champs in May?

And with the Matchroom deal being two fights what do you think the chances are of the Cinco De Mayo fight being Billy Joe Saunders? Thanks. – David, Glasgow Scotland 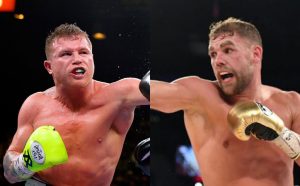 Canelo vs. Saunders in May?

Well, according to Mighty Mike Coppinger and his SOURCES, Canelo vs. Saunders on either May 1 or May 8 is pretty much a done deal for DAZN as long as the Mexican star takes care of his WBC mandatory on Feb. 27. Sir Eddie strikes again!

Is it a case of get the mandatory for the WBC in Yildrim out the way meaning that sanctioning body politics are less likely to get in the way of a unification fight against one of the other champs in May? That seems to be the plan and it looks like a sound one on paper. We’ll see how it all plays out. Anything can happen between now and the start of May, but I think it’s refreshing to know who and when one of the sport’s biggest attractions will fight in his next two bouts.

Hope you’re well and weather is better that side of the Atlantic.

During a recent rainy day YouTube binge; I was watching a short video on the Mexico/Puerto-Rico rivalry & given the announcement that Julio Cesar Martinez-McWilliams Arroyo has been added to Canelo-Yildirim undercard – what are the best mythical matchups between the two rival nations up and down the weight classes? 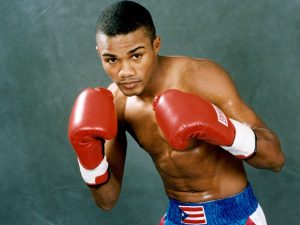 Great question, Jaime. I’ll try to give you a top 25 (in no particular order) knowing that after I post this mailbag column and get some sleep, I’ll wake up and think of at least 10 more fun Mexico-vs.-Puerto Rico mythical matchups to ponder (and I’ll likely read about other matchups I didn’t think of in the readers’ comments).

(I’m listing the fighter I think would win first):

(Both Zurita and Bolanos established themselves as top-class lightweights during the 1940s, but both began their careers at lighter weights and weren’t big 135 pounders. Had they come of age in an era of previous-day weigh-ins they could’ve easily made 130.)

If you’re reading this and you’re not sure which fighter is from Mexico or Puerto Rico in each mythical matchups, you’ve got some homework to do. Be sure to enjoy it!

Since most of the fights are going on in Florida, Texas, and Connecticut can that make these states players for hosting more fights in the future? I know Texas is already hot spot for boxing, but Florida and Connecticut don’t get that much action. Do you think this might inspire more kids to box?

Francisco Bojado vs Edwin Valero (light) – Valero by late technical stoppage (on cuts or corner retirement; one thing about Panchito is that he could take a shot and he’d get into the best shape of his life vs. Valero, who he lost to in the amateurs)

Since most of the fights are going on in Florida, Texas, and Connecticut can that make these states players for hosting more fights in the future? Absolutely. The promoters and networks are getting used to traveling to those states and working with the local commissions and venues/arenas, so it’s becoming more comfortable and new alliances/partnerships are being forged. Having said that, once Nevada, California and New York re-open for business, there will be plenty of action in those boxing strongholds.

I know Texas is already hot spot for boxing, but Florida and Connecticut don’t get that much action. Do you think this might inspire more kids to box? I have no idea. Are the kids going to these fight cards? Are they more apt to watch those shows on FOX, Showtime, ESPN and DAZN knowing the action is going down in their home states? I doubt it, but if they are getting into the sport they needs to be a strong infrastructure of boxing gyms and an amateur system to cultivate their interest. I’m not as familiar with the gym scenes of Florida and Connecticut as I am with Southern California (although I know there are some quality boxing clubs and youth programs in both states).