ESPN+ to stream Steven Ward versus Kamshybek Kunkabayev on February 27 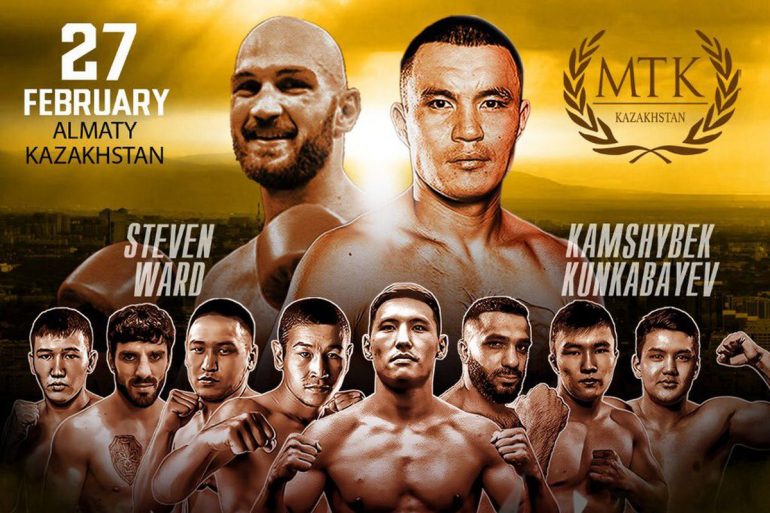 The 10-round cruiserweight bout will take place at the Tynyshpayev Academy of Transport and Communications in Almaty, Kazakhstan and will stream live on ESPN+.

Ward (13-1, 4 knockouts), who resides in Newtownabbey, Northern Ireland, made his debut at 200 pounds on September 30, defeating Jone Volau by decision. Ward suffered his first professional loss in his previous fight, in December 2019, by first round stoppage at the hands of Ricards Bolotniks of Latvia.

The 30-year-old Ward has modest victories over Steve Collins Jr. and Liam Conroy.

Kunkabayev (2-0, 2 KOs), who resides in Kyzylorda, Kazakhstan, is a 2017 and 2019 silver medalist at the World Championships. The southpaw Kunkabyev made his pro debut on August 23, stopping Issa Akberbayev in Round 2.

In his most recent bout on December 18, the 29-year-old won by knockout after Serhiy Radchenko did not answer the bell for Round 5.

In the co-feature bout, unbeaten middleweight Zhanibek Alimkhanuly will face an opponent to be determined.

Alimkhanuly (9-0, 5 KOs), who is originally from Kazakhstan and now resides in the boxing hotbed of Oxnard, California, brutally knocked out Argentina’s Gonzalo Gaston Coria, in Round 2, last October. The 27-year-old Alimkhanuly is ranked No. 10 by The Ring at 160 pounds, is promoted by Top Rank and managed by Egis Klimas.