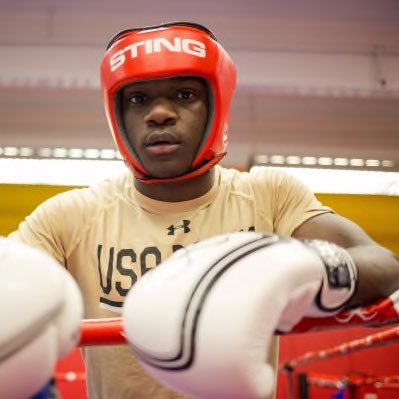 Isley will make his pro debut February 13 at the MGM Grand in Las Vegas, Nevada on the undercard of the vacant world title fight between light heavyweight contenders Joe Smith, Jr. and Maxim Vlasov.

“I’m ready to turn over a new leaf,” said Isley, who is a 2017 World Championships bronze medalist. “I wanted to go to the Olympics, but I did everything an amateur could possibly do. I want to hit the pro scene, showcase my talents, and pursue a world title. I naturally have a pro style. I can box when I want to box. If I have to fight on the inside, I can do that as well. I’ve fought every style, so I feel like I’ll be able to adjust to anything.”

“We’ve been following Troy’s progress, and we believe he’s one of the very best amateurs this country has produced in quite some time,” said Top Rank chairman Bob Arum.

Isley’s head trainer is Kay Koroma, a longtime U.S. amateur coach who has guided his boxing journey since the day he entered Alexandria Boxing Club at the age of 9. Koroma also trains Stevenson and heavyweight prospect Efe Ajagba.

No word yet on what weight class Isley will fight at.