Fair to say that most anyone in their right minds agrees that 2020 was a severe sh*tshow. Boxing fans had to make do with far fewer fights than they were accustomed to, and some of the big bouts that would have unfolded didn’t get made because of the pandemic.

Fight fans were and are hoping that 2021 will be the comeback year of the century, and so there is extra interest in how some of those mega fights that people are craving are coming together.

Bob Arum has been working on one of those, featuring his guy Tyson Fury, the long, tall Traveler, and a fellow UK heavyweight attraction, Anthony Joshua, the polite pugilist who is still having to convince many American fight fans that his chin and stamina are A grade. 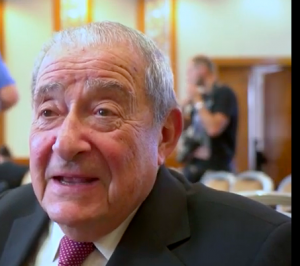 Arum sounded happy that a change in leadership occurs soon, on Jan. 20, because the prosecution of the coronavirus will be handled more competently.

The Brooklyn born promoter, who turned 89 in December, is on a high because of the forthcoming transition at the White House. He spoke to RING about that switch in leadership, the status of the Fury-Joshua negotiations and what’s cooking for some of the other Top Rank ultra A-siders.

News has been kicking up the last couple days, with both Arum and Brit deal-maker, who reps AJ, chatting up news platforms.  The US all-time all-star in fight promotion said that word of cementing a site for the UK collision of heavyweights was premature.

Arum had done a hit on “Barbershop Conversations,” hosted by Fred Hawthorne, and the chat posted on Jan. 12. Fred tried to ascertain when that Fury-AJ tango would occur, and he couldn’t finagle the date, but Arum sounded like he knew where it would take place. He wouldn’t tell Fred exactly where, though.

“Both sides are unified in finding a place, we have a couple real positive responses for sites,” Arum told RING. “We haven’t settled on any site. But everyone is getting along, I’ve been in contact on a continual basis with Eddie Hearn, and I’ve been talking to Frank Warren (who also reps Fury). We’re working through all issues, the TV rights and so forth. Trust me, there are no problems.” He didn’t want to give any hints, whether or not Saudi Arabia would be pack leader for staging the match that could gross each fighter north of $100 million.

Arum didn’t want to predict as to when all elements will be zipped up. Hearn said in a piece that ran Friday on The Daily Mail, a UK media outlet, that all needed signatures could be collected within a month, for the record. (Here is a story which has more from Hearn on his upcoming plans.)

Not to be a negative nellie, but what about that pesky pandemic? For this mega-fight, and yes, other ones he’d ideally like to make…

“It’s up to Dr. Fauci,” Arum said, indicating that yes, making fights, bigger bouts, in America right now is more of a moving target than it is perhaps in some other places on the world map.

Speaking of that map, in Japan, Naoya Inoue is a celebrated figure. Top Rank would be farther along in making him a name beyond the hardcore pugilism followers in America, were it not for the pandemic. The Vegas based promoter, who has been spending more of his time in California during the pandemic, and who is looking forward to getting a vaccine during Inauguration week, was guns a blazing for Inoue after the Japanese boxer scored a stoppage win over Jason Maloney on ESPN on Oct. 31.

But travel uncertainty is gumming up the works as Top Rank, Team Inoue and his promoter in his homeland, Mr. Honda, figure out the 118 pounders’ next foray. “People want the next fight in Japan, a huge fight there,” Arum informed.

A Filipino boxer, Michael ‘Hot and Spicy’ Dasmarinas (30-2-1) has been named mandatory challenger by the IBF, so Arum thinks that will be the Monster’s next victim, or challenge. “All terms are agreed to,” he said. “The problem is, foreigners can’t go to Japan.”

Yes, a continuing theme, from 2020, still holding forth in 2021, in the prevalence of COVID putting businesses on the back foot. “Honda has all these fights, for Inoue, for middleweight Ryoto Murata, and he can’t do them.” Spectators can go to an arena in Japan to watch, but both Murata and Inoue are at a place where they could and should enjoy fat crowds to appreciate their skills…So it looks like until the world gets a better handle on COVID, and within boxing that means the UK and America, then we will not be seeing some of the tangoes we crave.

You remember Arum was doing business in Macau a few years ago. He will be checking back in there, seeing how things stand there for doing more boxing business. “They’re in the same time zone as Japan,” he said, so maybe Macau can sub in as a proper platform in the next few months.

Arum is also in a mode to nail down some clarity on what could come next for Teofimo Lopez. Aussie George Kambosos is the mandatory, according to the IBF, and a Lopez v Kambosos fight in Australia has some appeal, they are letting patrons into arenas and stadiums there…but not so much when COVID keeps foreigners from coming in to Australia. “Sometime the end of May,” that fight could happen. “Assuming we have the pandemic behind us,” he said.

Paging Dr. Fauci, maybe he can offer us some insight into how safe a bet that might be. 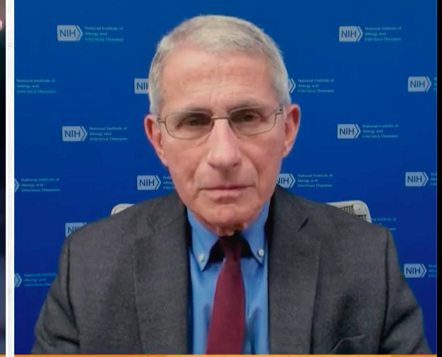 Dealing with the coronavirus became a political issue, not so much one of life and death, last year. Arum thinks it’ll get better, and this guy, Fauci, will be the bearer of better news in the months ahead.

For some fights and fighters, he’s straight up capitulating to the uncertainty. Like the Jose Ramirez v Josh Taylor match; it was assumed that faceoff, a consolidation faceoff of the main belt-holders at 140, would be cemented by now. But no; we still aren’t too deep into vaccinations and we had more people dying from COVID in a day, 4,327 in America, on Jan. 12, than at any time since the pandemic started to creep. “For the big, big fights, we have to get spectators, we can’t keep doing them without spectators!”

It’s too early, probably, to want to know specifcs like foe and site, but Arum does have an idea on when we’ll be seeing Vasiliy Lomachenko again.

Arum still think Terence Crawford would make a fine match for Errol Spence. “But again, that one requires an arena. Also, if there’s a fight with a pay per view element, with people being asked to pay a lot, they want to do it as a party. And with the pandemic that has pretty much put that behind us. It’s equally important we get the bars, restaurants, the closed circuit, and that’s nonexistent during the pandemic. Once that is cleared….”

Happily, there is clarity on the light heavyweight match that could well lead to a consolidation fight that would be seen as heavily anticipated by folks who gravitate toward certain type of fighter and fighting style. Joe Smith meets Maxim Vlasov on Feb. 13, on ESPN. (See video below of the 31 year old Long Islander Smith hammering Eleider Alvarez last August.)

“That’s a terrific, we’re working with Joe DeGuardia on that, and the hope is, he wins and that leads to unification with Artur Beterbiev, late summer, early fall. God willing, you can do events then. Can you imagine doing that in Madison Square Garden? And you put Edgar Berlanga on there…”

All of us who pay any attention to news have taken in more than enough dreariness. So yeah, let’s end on that up note, of some stuff to look forward to.  Word from Dr. Fauci: “We could start in April doing what I call ‘open season’ on vaccinations — namely anybody in the general population who wants to get vaccinated will get vaccinated. By the time we get into the middle or end of the summer, I believe we will have, if we do it correctly, we could have 70 to 85 per cent of the population vaccinated. When that occurs, there will be an umbrella of protection over the entire country.” And then? Bob can really be  booking.