Ryan Garcia, Gervonta Davis challenge each other to fight on Tyson’s podcast 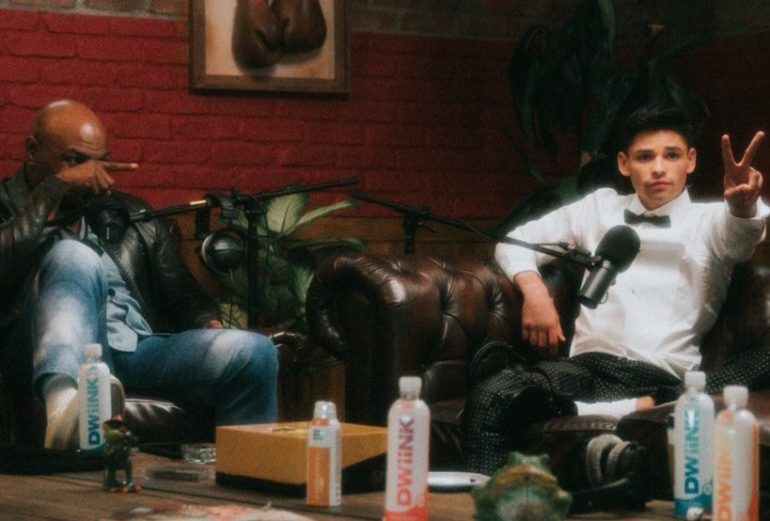 You can add “matchmaker” to Mike Tyson’s long resume’ in boxing.

The former undisputed heavyweight champion played hype man between undefeated fighters Ryan Garcia and Gervonta Davis, culminating in both agreeing to make a fight. Fights are not made through verbal agreements, and have to be worked out through promoters and management teams, but it made for great theater.

Garcia (21-0, 18 knockouts) has spoken plenty of wanting to test himself against the WBA junior lightweight titleholder Davis (24-0, 23 KOs), and made a point to call him out by name after his most recent fight last weekend, when he rose off the canvas to knock out former title challenger Luke Campbell to win the interim WBC lightweight title.

He can’t go back on his word now pic.twitter.com/s3LCZHIcSk

Garcia was a guest on Tyson’s “HotBoxin'” podcast, which, according to Garcia’s tweet about meeting Tyson, appears to have been recorded on Wednesday. Video of the incident was released Thursday on Garcia’s Twitter account.

In the video, someone off-camera informs Tyson that he had “Tank” Davis on a FaceTime call. Tyson informed Davis that Garcia had been “talking mad shit,” to which Garcia responded with more of the same.

Davis, who appeared to be calling in from his car, expressed his disagreement with the prediction. “He got dropped by somebody that can’t even hit,” Davis responded, referring to the second round knockdown Campbell scored on Garcia.

Garcia eventually came back to score a seventh round knockout with a left hook to the body. Davis is also coming off an eye-catching knockout, having knocked out Leo Santa Cruz with a single left uppercut last October.

Garcia’s promoter, Oscar de la Hoya of Golden Boy Promotions, says he also wants to see his protege’ step in the ring with Davis, saying at a press conference before the Campbell fight, “I think Ryan Garcia walks through ‘The Tank.'”