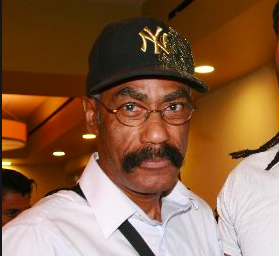 Jose “Pepe” Correa was one of the top trainers in boxing during the 1970s- through 1990s. He worked with a handful of top fighters, including Sugar Ray Leonard, who shone during their time together.

Correa was born in the early 1940s in Puerto Rico. He is from a large family.

“I left when I was a baby, I was taken to New York City, where I grew up,” Correa told The Ring. “Then I went to Florida, we went all over the place. I went from grandmother to aunt to aunt to grandmother and back to aunt. I think it had a lot to do with my parents and what they were going through.”

Correa got into boxing and put the experience of travelling around to good use.

In the late 1960s-early 70s, a reformed Correa moved to Maryland and began his boxing journey.

“I was driving down the street and I saw some guys down by the Palmer Park recreation center going at it with their fists,” he explained. “I had my boxing gloves in the back of my car, I stopped and said, ‘Hey man, you want to do it, why don’t you do it the right way, why don’t you do it with these?’ They said, ‘Who the hell are you?’ I said, ‘I’m a guy who with some boxing gloves who could whoop your ass.’ The guy put the gloves on and I proceeded to beat the hell out of him.

“I walked into the gym and there was a guy named Ollie Dunlap, I said, ‘Man I’m going to be down here awhile, I see guys throwing punches down here, why don’t you let me open a club down here so they have something to do?’ He said, ‘Great idea.’ And that’s how the whole thing started.”

Soon afterwards an encounter with a teenager transformed both their lives.

​”One day after I’d been there a month or two, Ray Leonard walked in, he wanted to know if he can box,” Correa said recollecting their first meeting. “I said, ‘Yeah kid you can box but go home and get a note from your mother.’ Unbeknownst to me, he lived a half block away, next thing I know he’s standing there with this note saying it was OK for him to box. That’s how Sugar Ray Leonard got started.”

Correa needed a helping hand and enlisted the services of Dave Jacobs and Janks Morton. Leonard went on to win gold at the 1976 Montreal Olympics and become a superstar as a professional.

“After training he would come to me and say, ‘How did I do?’ I’d say, ‘You did fine, just work on this…’ I’d show him tapes of Sugar Ray Robinson, Muhammad Ali and this boy would come to the gym the next day and emulate them and do it to perfection,” gushed Correa. 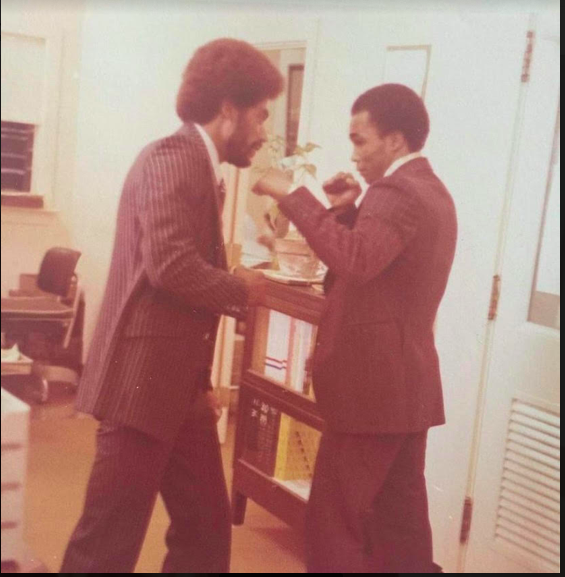 The trainer and the tutored square off. Pepe did so much of the day to day foundational work with Ray.

“I can’t say enough of Ray Leonard. He had a granite chin, he had speed, one of the fastest to ever live. I would stand ringside and tell him what to do but I would be in awe, just watching him. He was awesome.”

While Angelo Dundee was the recognizable face in the corner of Leonard’s fight, Correa was the man behind the scenes charged with getting Leonard ready.

“No disrespect to Angelo, I got Ray ready for fights and Angelo worked the fights,” said Correa. “That’s the way Mike Trainer wanted it done. After a while Ray steps up and said, ‘Hey Pepe, you’re doing all this work, you take the lead? It’s not right for you to not get your props.’

“I took the lead with the second [Roberto] Duran fight.”

The two would work together for much of Leonard’s Hall of Fame career.

“Ray Leonard was a workaholic,” said Correa. “With a lot of guys after six or seven rounds they say, ‘I’m tired, that’s enough.’ With Ray Leonard, you say, ‘That’s enough.’ and he said, ‘Give me two more.’ He never got tired of boxing. He’d do roadwork and he was always the first guy to finish.

“I had awesome nights against Duran, [Thomas] Hearns and [Marvin] Hagler. I relive them over and over in my head.”

Correa later worked with Simon Brown and Maurice Blocker, who enjoyed considerable success and claimed world titles. When the biggest fight either could make was against each other, the best friends agreed to face off in a welterweight unification in March 1991.

“After about four or five rounds, he said, ‘What do you think?’ I said ‘Blocker’s winning the fight but he’s getting greedy and Simon’s going to stop him.’ Sure enough Simon stopped him in the later rounds.”

The Puerto Rican trainer began working with rising heavyweight star Lennox Lewis in early 1992 and was integral to him becoming the first British-born heavyweight champion in over 100 years. 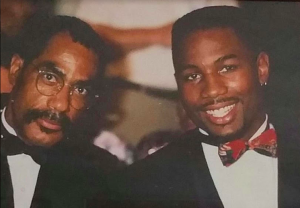 Correa parted ways with Lennox after Oliver McCall blasted out the long, tall pugilist on Sept. 24, 1994.

“You don’t see guys 200+ pounds run like he ran,” said Correa. “After roadwork he’d have breakfast and he’d go into his room and I’d go talk to him and he’s sitting there watching tapes. He studied the game, he learned so much by watching different fighters.”

Correa was asked by Hector Camacho to train him for an upcoming fight in 1997 that left him in an awkward position.

“One of the only reasons I started working with him is because he’s related to my wife. So, I got him ready but all through training camp, I said, ‘I’ve got to find a way out of this.’ And one day, Macho made a mistake, something I did not like and I said ‘Hey, I’m out of here. He said, ‘OK, you won’t get paid.’ I said, ‘I’ll get paid.’ and I got on a plane and left. Did I get paid? Yes, because there’s such thing as lawyers.”

He worked for Michael King’s All-American Heavyweights and was a lead trainer in TV reality show, The Contender, in 2007.

Correa lives in Maryland with his wife of 42-years. The old sage has a large family, though tragically recently lost one for his sons in a motorcycle accident. He is currently training former Contender participant Jimmy Lange’s twin sons.

“I slowed it down and wanted to live my life for a while,” he said. “I was going from place to place, country to country. I never retired – I just step away every once in a while.”

He kindly agreed to speak with The Ring about the best fighters he has trained during his illustrious career. 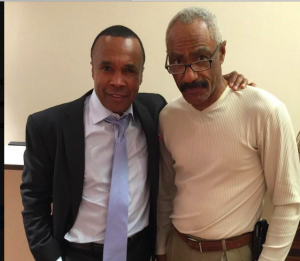 Ray posted this pic of him and Pepe on social media in 2015.

BEST DEFENSE
Maurice Blocker: He was tall and rangy but what made his defense so good was his jab was so good. He would keep you off balance with his jab, you didn’t know where it was going to come from. Ray Leonard and I’ve got to add Hector Camacho, he had a helluva defense.

BEST HANDSPEED
Leonard: He was a helluva puncher, who had speed. Camacho had good handspeed. What made him so good was he put so many angles on you and the fact he was a left hander.

BEST FOOTWORK
Leonard: He would sit down over the weeks, months and years that we got ready for fights and we watched tapes of Sugar Ray Robinson, Muhammad Ali and Ray took something from all those guys in terms of their ability to move. Not only that Ray took tap dance class, so he would make his footwork better.

SMARTEST
Leonard: You have to go right back to Ray Leonard and Hector Camacho. Those two guys were so smart because they knew how to set traps. Ray and Hector would bait you into position where they could counterpunch you. Not only were they good offensive fighters, they were good counterpunchers. They had good footwork to go with it, you think you have them lined up and they’d take a half step backwards and have you reaching, the next thing you know you’re getting up off the canvas. What I told them in the gym, it stayed there with them. Out of the two, I’d say hands down, Ray Leonard. Ray Leonard was the smartest fighter to ever put on a pair of damn gloves.

STRONGEST
Lennox Lewis: Lennox was strong as a bull.

BEST CHIN
Leonard: He was a tough guy, he had what we call a granite chin. He didn’t have to trouble until later in years and if you knocked him down, he’d still get up and kick your ass.

BEST PUNCHER
Lewis: Lewis was heavy-handed but he was a heavyweight. If you’re talking the lighter divisions you’ve got to say Ray Leonard.

BEST BOXING SKILLS
Leonard: He could do everything but behind Ray Leonard came Maurice Blocker and Hector Camacho.

BEST OVERALL
Leonard: [Laughs] The best fighter I ever worked with was Sugar Ray Leonard. He was the quiet assassin. He could get your ass out of there. When he was a welterweight, we had to bring in guys who were light heavyweights because the little guys couldn’t hang with him. We had a revolving door for Ray Leonard’s sparring partners.