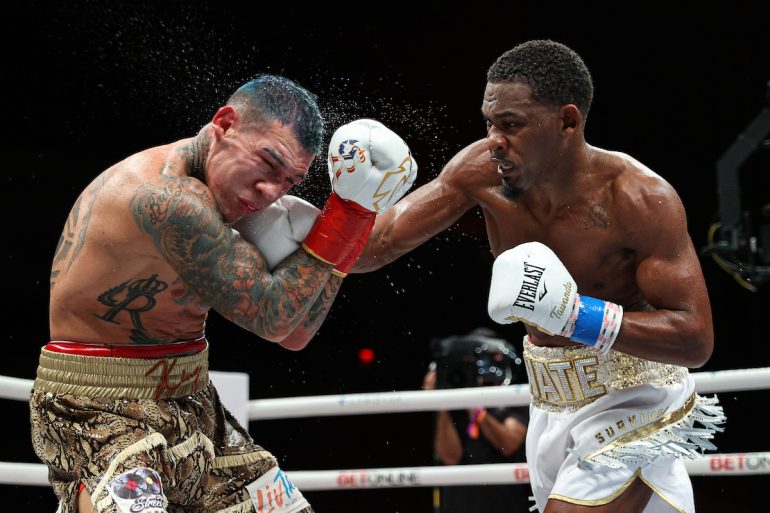 Former middleweight world titlist Daniel Jacobs and former two-time middleweight title challenger Gabriel Rosado have trash talked each other for the last year, but on Friday they had the opportunity to settle their differences in the ring.

Instead of an anticipated grudge match, Jacobs and Rosado fought the equivalent of a sparring session at Seminole Hard Rock Hotel and Casino in Hollywood, Florida.

Ring announcer Jeremiah Gallegos made a slip of the tongue when he revealed the winner was from Philadelphia, where Rosado hails.

“I didn’t think I gave the best performance,” Jacobs said after the fight. “I think I could have done a little bit better.”

Judge Fred Fluty scored the fight 115-113 for Rosado but was overruled by Fernando Barbosa and Michael Tate, who had it 115-113 for Jacobs.

Jacobs returned to the win column last December when he won after Julio Cesar Chavez Jr. quit in the fifth round of their scheduled 12-round contest. In the fight prior, the Brooklyn native dropped a unanimous decision to superstar Canelo Alvarez in a middleweight title unification bout in May 2019. Jacobs moved up to super middleweight after years of struggling to make the 160-pound limit.

After both fighters refused to touch gloves before the opening bell, it indicated that the bout could be reminiscent of two rams battling over territory.

Instead, both fighters were tentative and provided little throughout their 12-round super middleweight contest.

Jacobs landed the best punch in round two, a check left hook that backed up Rosado.

Rosado continued to stand his ground in round nine, connecting with a sharp combination, finishing off with a chopping right hand.

Jacobs seemed reluctant to throw punches as the 10th round began. Rosado appeared to have an edge in the chess match as he pumped his jab and connected with overhand rights.

At the end of the 10th frame, Jacobs had some visible swelling developing below his right eye.

A sense of urgency still lacked for Jacobs, a 20-1 favorite coming into the fight, as the 12th round began.

Rosado landed with a right hand as Jacobs was retreating along the ropes.

“I apologize to the fans who expected a more action-packed fight, but there’s always next time, and I look forward to bigger and better names,” Jacobs stated.

According to Compubox, Jacobs and Rosado landed exactly 78 punches during the fight.

Rosado has dropped two of his last three bouts.