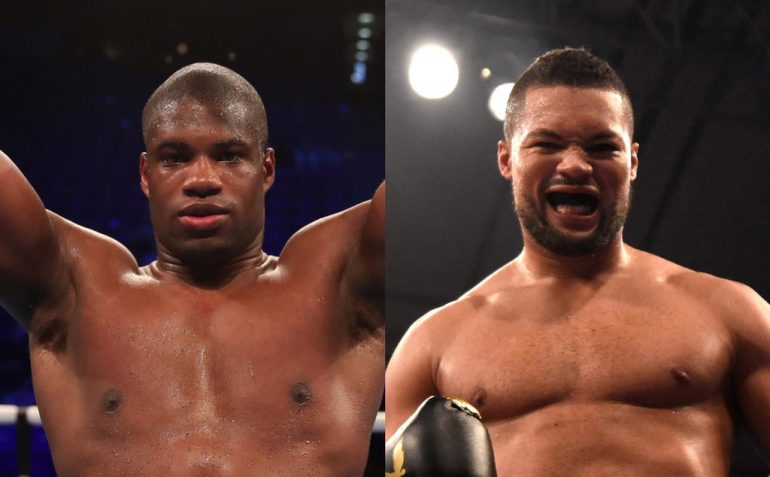 Joe Joyce was rather emphatic about his upcoming 12-round heavyweight tilt against Daniel Dubois arriving this Saturday from Church House, in Westminster, live on BT Sport 1 HD: “I intend on winning the fight and punching his head in on the way there,” Joyce said. “I’m going to be in a lot better shape than I was in my last fight.”

Joyce (11-0, 10 knockouts) fought at a career-high 270 pounds in his previous outing, a rather easy three-round stoppage over Michael Wallisch in July. But the 35-year-old Putney-based heavyweight says he it was nothing to be proud of, and vows his conditioning will be far sharper for the 23-year-old Dubois (15-0, 14 KOs) this Saturday.

“I was walking around at 260 and I’m building muscle at the same time for this fight,” said Joyce, the 2016 Olympic super heavyweight silver medalist. “I’m not too worried about my weight. I know with heavier bodyweight I can generate more power, but I would like to be lighter on my feet. I’ll lose the unwanted fat and probably be under 260, maybe come in at 255, or 250.”

Because of the COVID-19 pandemic travel restrictions, Joyce did not “The Doctor,” trainer Ismael Salas, in his corner in July against Wallisch. Salas was in Las Vegas.

On Saturday night, he’ll be by Joyce’s side.

“The Covid situation made life hard, and it’s made a bit of a shambles of my career, because I was having a great training camp in Vegas with Salas and I had to leave,” Joyce said. “I put in some good work and I had great sparring partners and it was hard to get to America, but he’s been able to join us here in England.

“He’s such an experienced guy and he really brings the best out of me. I liked the Cuban boxing style, and they’re very technical. He picks up things along the way and he’s the best coach for me. This is a fight that I need to win, and what better coach than to bring that out in me.”

As for Dubois, Joyce said he has to be aware of his power and the fact that he’s 23.

“But he’s had an easy time in his career and he hasn’t had a test like me,” Joyce said about Dubois. “He looked absolutely massive in his last fight (when Dubois weighed a career-high 244 in stopping Ricardo Snijders in two rounds back in August). He destroyed his opponent.

“This will be a good, hard fight. I might have to take some big shots, and may even have to get up from some big shots, but I think I’ll have to try and move my head and get out of the way. He hasn’t been tested, and I’m going to test him.

“I’m not fast, but I have good timing and good technique. You saw that with Alexander Povetkin when he beat (Dillian) Whyte. He’s 41, but there’s always tricks up your sleeve. I’ve been in there with the best in the world, and I believe I’m the best in the world. He’s not ready yet—and I’m stubborn as hell in the ring (laughs).

“I have better endurance, I have better ringcraft, I have a better chin, I have better footwork, and I have more experience and throw more punches than him. I see Dubois being tense and trying to throw heavy leather early, and I believe I’ll work him out and beat him in the later rounds. Like I said, I intend on winning the fight and punching his head in on the way there.”

On the undercard, highly-touted Ilford youngster Hamzah Sheeraz (11-0, 7 KOs) will defend his WBO European junior middleweight title against canny Spaniard Guido Nicolas Pitto (26-7-2, 8 KOs). Jack Catterall (25-0, 13 KOs) will take on the French-based Tunisian Abderrazak Houya (14-2, 2 KOs) in a 10-round junior welterweight contest ahead of his challenge for the WBO world title.

Joshua Frankham (1-0) will return to junior middleweight action, Louie Lynn (7-0, 6 KOs) will look to follow up his 2nd round TKO from the 25th July and Henry Wharton-backed heavyweight Mitchell Barton will make his long awaited pro-debut.