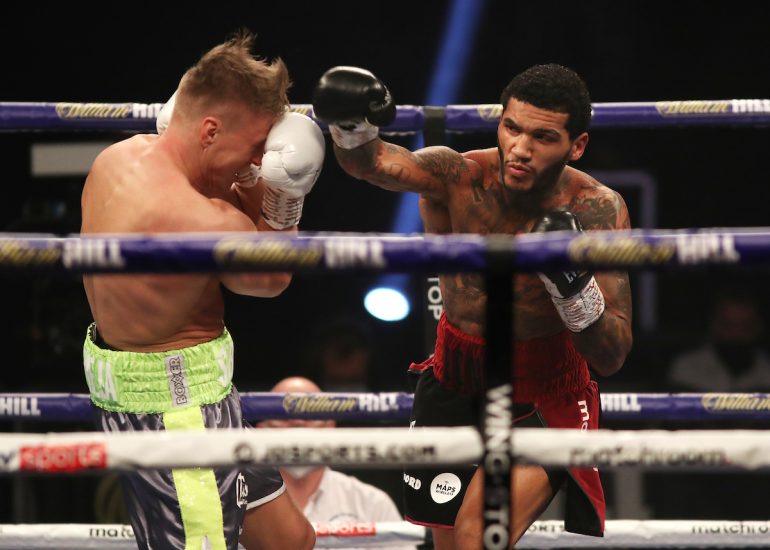 Benn (right) had things his own way against Formella. Picture By Mark Robinson
21
Nov
by Ryan O'Hara

Conor Benn said a victory over Sebastian Formella would be a massive statement on the world boxing scene.

Benn looked brilliant in his most impressive performance to date as he easily outpointed Formella Saturday at Wembley Arena.

Benn (17-0, 11 KOs), of England, the son of two-division titlist Nigel Benn, was fighting for the first time in 13 months but was sharp throughout the 10-round contest that also aired on Sky Sports Box Office pay-per-view in the United Kingdom.

The 24-year-old was coming off a fourth-round stoppage of Steve Jamoye last October.

Despite the excellent performance, Benn felt disappointed having not closed the show in emphatic fashion.

“I could have done more,” Benn said. “I’ve just been training hard. Every time we get better.”

The fight was a step up for Benn. In Formella’s previous outing, he went 12 rounds in a shutout decision loss to former two-time welterweight champion Shawn Porter on August 22 in Los Angeles.

The jab was an effective weapon for Benn in round two as he bloodied Formella’s nose, and followed up with hard right hands that backed up his opponent.

After getting thoroughly outclassed, Formella went for broke in round six, connecting with a pair of shots, including a left hook, that backed up Benn. 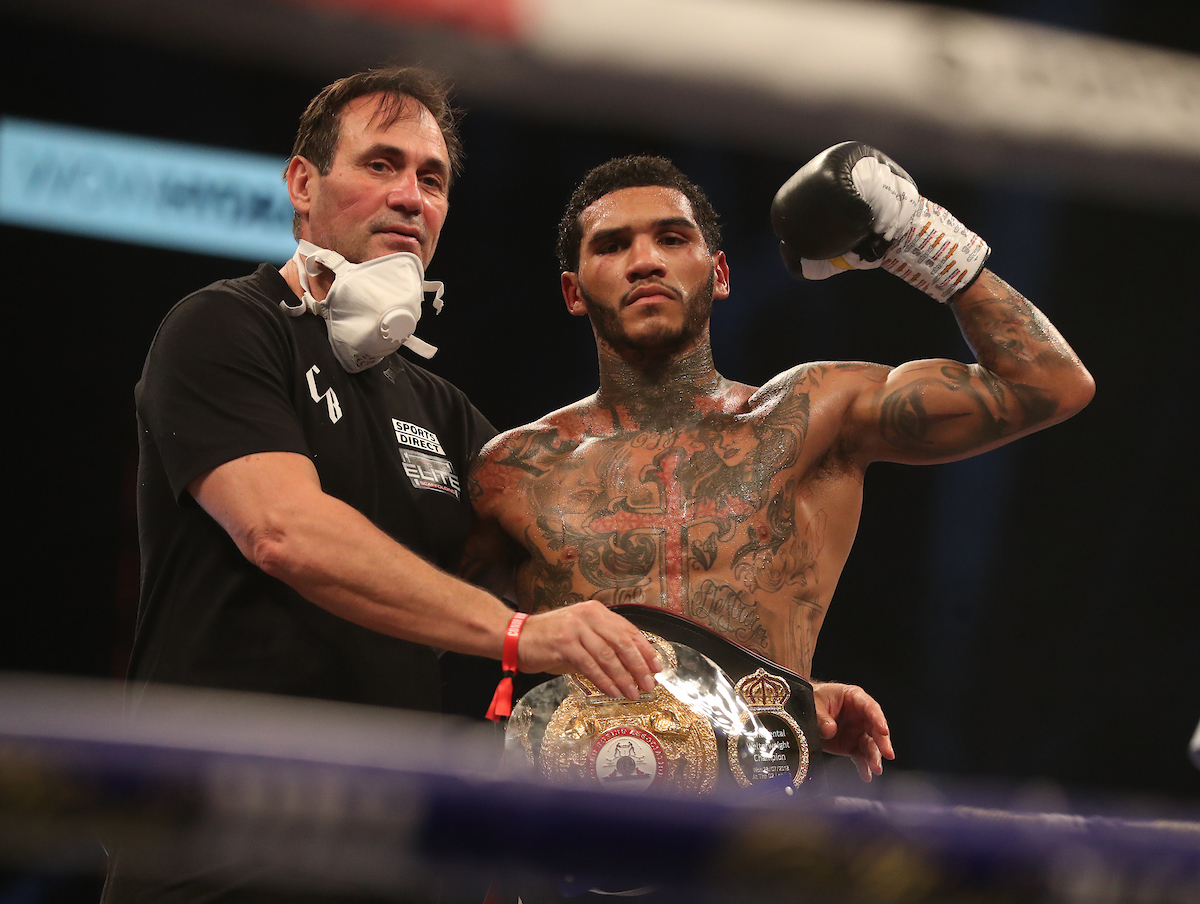 However, the German took some damage in the process, as Benn nailed him with a hard right hand at the bell.

Benn appeared to slow in round eight, which allowed Formella to rally and connect with a few right hands.

Round nine was an authoritative performance for Benn, who battered Formella. He landed with a double right uppercut with his man against the ropes and hurt him late with a left hook.

As Formella walked to his corner, the swelling under his right eye had grown immensely.

“The only big domestic (fight) I want is Kelly. There’s people saying I’m scared. Stop talking rubbish. Do I look like a scared fighter?”

A right hook was all Fabio Wardley needed.

The heavyweight remained undefeated with a second-round knockout of Ghana’s Richard Lartey.

The bout served as the chief support to the 10-round welterweight main event as Conor Benn takes on Sebastian Formella.

In round two, Wardley (10-0, 9 knockouts), 25, of Ipswich, stung Lartley with a jab and followed up with a clean right hook to the temple that sparked out his opponent. 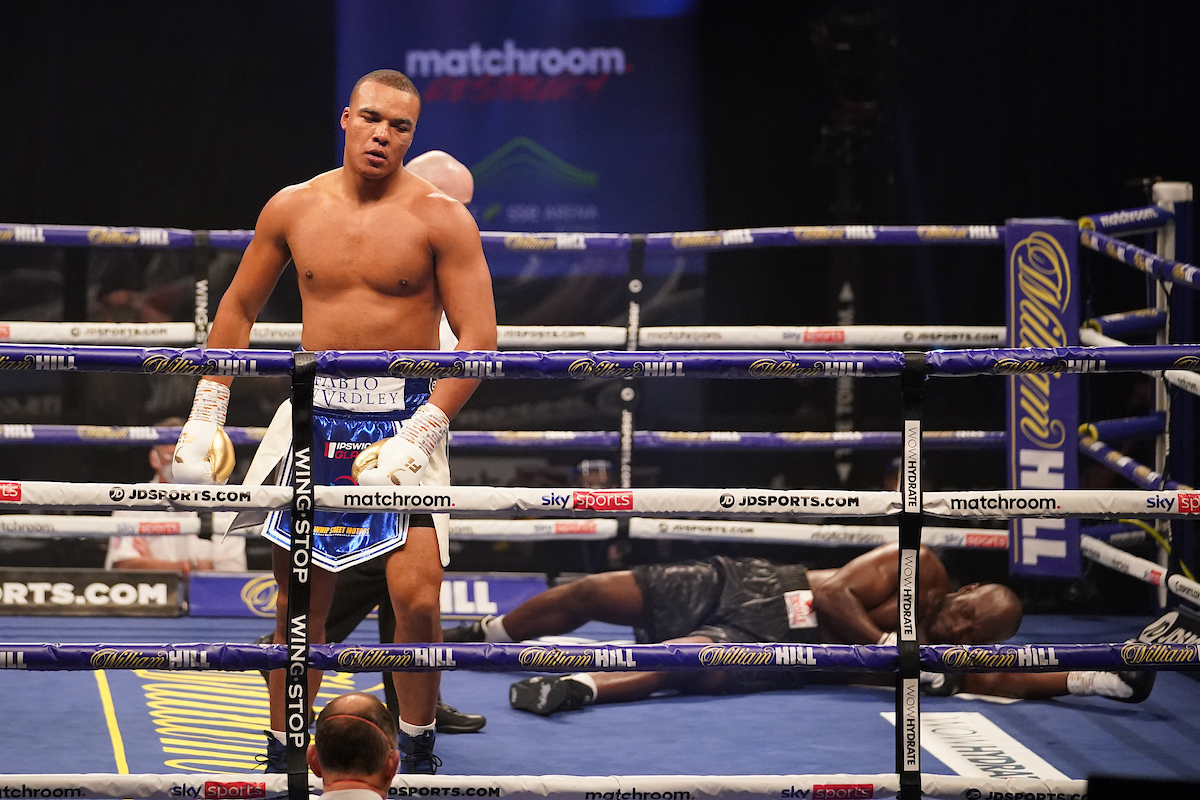 Fellow unbeaten heavyweight prospect Daniel DuBois (15-0, 14 KOs) who squares off against Joe Joyce on November 28 at Church House in Westminster, also knocked out Lartey in four rounds in April 2019.

“That knockout there answered a few questions if I have single punch power,” Wardley said.

“I proved just there that once I sit down and put a big shot in, I can get you out of there.”

Babic, who has won all six of his bouts by knockout, scored two knockdowns of Little in round three to earn the stoppage.

The 30-year-old Croatian floored Hatfield’s Little with a chopping left hand early in the third frame. Babic then teed off on Little as his man stood against the ropes until referee Ben Williams stepped in to stop the fight.

The time of the stoppage came at 2:38 of round three.

“He took a lot of hard punches,” he stated. “I think I broke both of my knuckles on his head.”

In round two, both fighters appeared gassed and were swinging for the fences to no avail.

However, Babic recovered to keep his perfect knockout record intact. But he is hungry for a better opportunity.

“I want a challenge.”

The victory was the first for Smith in over two years as he handed Ridings the first loss of his professional career.

The fight was scored 60-54 in favor of Smith, who scored the shutout.

In round four, the 26-year-old Smith (12-2-1, 5 knockouts) moved Ridings to the ropes and landed a series of crisp shots to the body.

“To be totally truthful, I haven’t been in the gym really training at all in the last few weeks,” Smith, who took the fight on five days’ notice, stated.

Ridings (3-1, 0 KO), 22, who hadn’t fought in 16 months, chased Smith around for much of the action, sporadically landing clean punches.

In the fifth frame, Ridings connected on a solid left uppercut and followed up with a right hand.

Ridings countered well off the left hook in round six. However, Smith regained control of the frame and walked him down, landing with solid jabs and right hands that bloodied Ridings’ nose.

“I’m a fighter, man,” Smith added. “I knew tonight would be my night.”

The fight served as the opener to a five-bout card headlined by welterweights Conor Benn and Sebastian Formella.

Donnington’s Davies improved to 8-0 (3 knockouts) with a sixth-round TKO over Cairns, who put up a brave effort but was simply out of his league.

“I thought I boxed well,” Davies said. “I showed my worth and I’m proud of myself.”

Davies dominated the first round behind an established jab and an authoritative straight right hand, which the 34-year-old Cairns (7-3-1, 1 KO) failed to evade throughout their scheduled 10-rounder.

With roughly 35 seconds remaining in the frame, Davies snapped Cairns’ head back with a straight right hand, following up with a left hook to the body.

In round five of their scheduled 10-round contest, the 24-year-old bantamweight Davies continued to land heavy leather, buckling Cairns’ legs with a straight right hand that landed right on the button. The native of Donnington followed up with clobbering left and right hands.

While Cairns’ courage kept him in the fight, Davies took it out of him in round six. Another vicious straight right hand snapped Cairns’ head back into the ropes, forcing his corner to save their fighter before the start of the seventh round.

“My plan was to get into a good rhythm,” Davies added. “I knew I just wanted to win every round.

“I’m here to impress and prove myself. I think I showed who Liam Davies is tonight.”