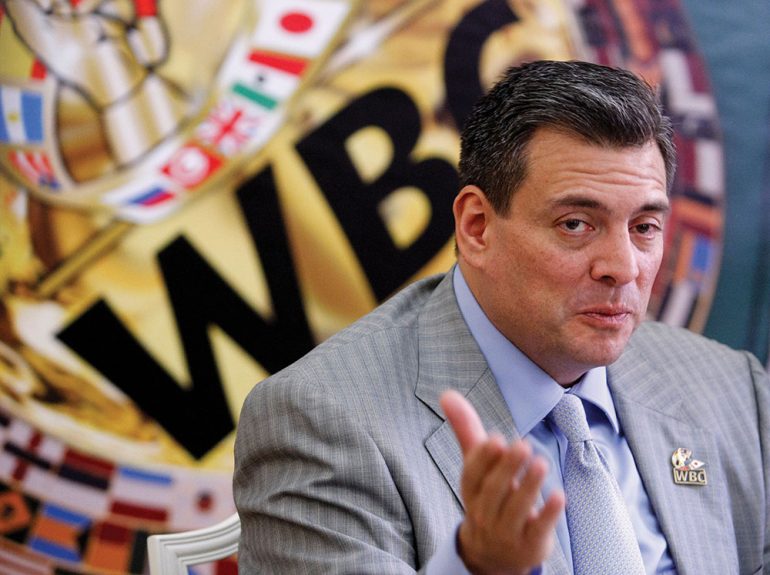 It takes some getting used to, right?  In fact, it’ll be a long time before the vast majority of us in the boxing business do get used to it. The new WBC-approved weight class, which will be situated between the cruiserweight and heavyweight limits, has been created for fighters who weigh between 200 and 224 pounds.

The WBC went official with the news in recent days and they have drawn the wrath of fighters, fans, media, trainers, promoters – in fact it’s more challenging to think of a specific group within the boxing business that haven’t had something negative to say. And there are valid reasons for that. The sport has now gone from eight original weight divisions to 18, although it’s unclear at this point if other sanctioning bodies will support the move. Some within the boxing community view bridgerweight as unnecessary. Some view the new division as a grotesque joke. Some have called it an unapologetic money-grab by the WBC.

Never one to shy away from a debate, Sulaiman has come out fighting and dutifully spoke to The Ring about the decision making process, and he also answered some of the questions that the boxing world has been asking in recent days:

RingTV.com: When and why was it decided to introduce the bridgerweight division?

Mauricio Sulaiman: “This request has been put forward to the WBC several times and in several locations over the years. The first time the WBC addressed this situation was to move the cruiserweight limit from 190 pounds to 200. This was done to address the weight differential that was present at that time [among heavyweights]. Several times since, we’ve received requests from boxing federations in Europe, from promoters, from managers, from historians [to create a new division]. The WBC have been studying this situation for quite some time. There is data and statistics that supports the new weight category. In 1909 Tommy Burns was the heavyweight champion at 168 pounds. Joe Louis and Jack Dempsey, so many fighters through a whole century, who reigned as heavyweight champions, 85 percent of them up to the year 2000 were below 224. In the 21st century only one [WBC] heavyweight champion has weighed below 224 and that’s Deontay Wilder. Wilder was a tremendous champion with the biggest knockout record. We’re not challenging the fact that there are fighters who can compete at heavyweight that are lighter than 224. There are fighters who can compete and be successful. We’re not contesting that. We are creating a division for a specific area where fighters can compete in a safer and more just scenario. There are fighters that are 205, 210, 220 who will never be able to compete against a good, solid heavyweight [weighing] 250 or 270.”

RTV: Did you receive any requests from cruiserweights that were outgrowing the division to create this new weight category?

MS: “I’m not sure if we’ve received direct requests from fighters. We have the experience of talking to them, of discussing what’s happened in fights, discussing what’s happened with people who have given us reports on those fights. There is absolutely an area that we need to address. The reality is that the heavyweight champion of the world is now operating at a much higher weight due to human growth. That’s a natural thing.”

RTV: The reason I ask if you’ve had requests from fighters is because former cruiserweight titleholders Aleksandr Usyk and Murat Gassiev have moved on to the heavyweight division and Mairis Briedis is also pondering the idea. None of these guys seem fazed about the prospect of facing heavyweights at 250 and 270 pounds.

MS: “That’s the perfect point. These great cruiserweights are now competing at heavyweight. If you take Briedis, who is the current champion at 200, and he’s to face Tyson Fury at 270 or [Anthony] Joshua. Joshua is 250 or so, right? That’s 50 to 70 pounds of a difference and that’s a big, big jump. If you take Usyk’s fight with [Derek] Chisora and just look at the first three rounds [when Usyk was under pressure from the bigger man], that’s a statement in itself. Of course, Usyk went on to win the decision, but the early rounds of that fight highlights the complications the smaller fighters will have against the heavyweight champion.” 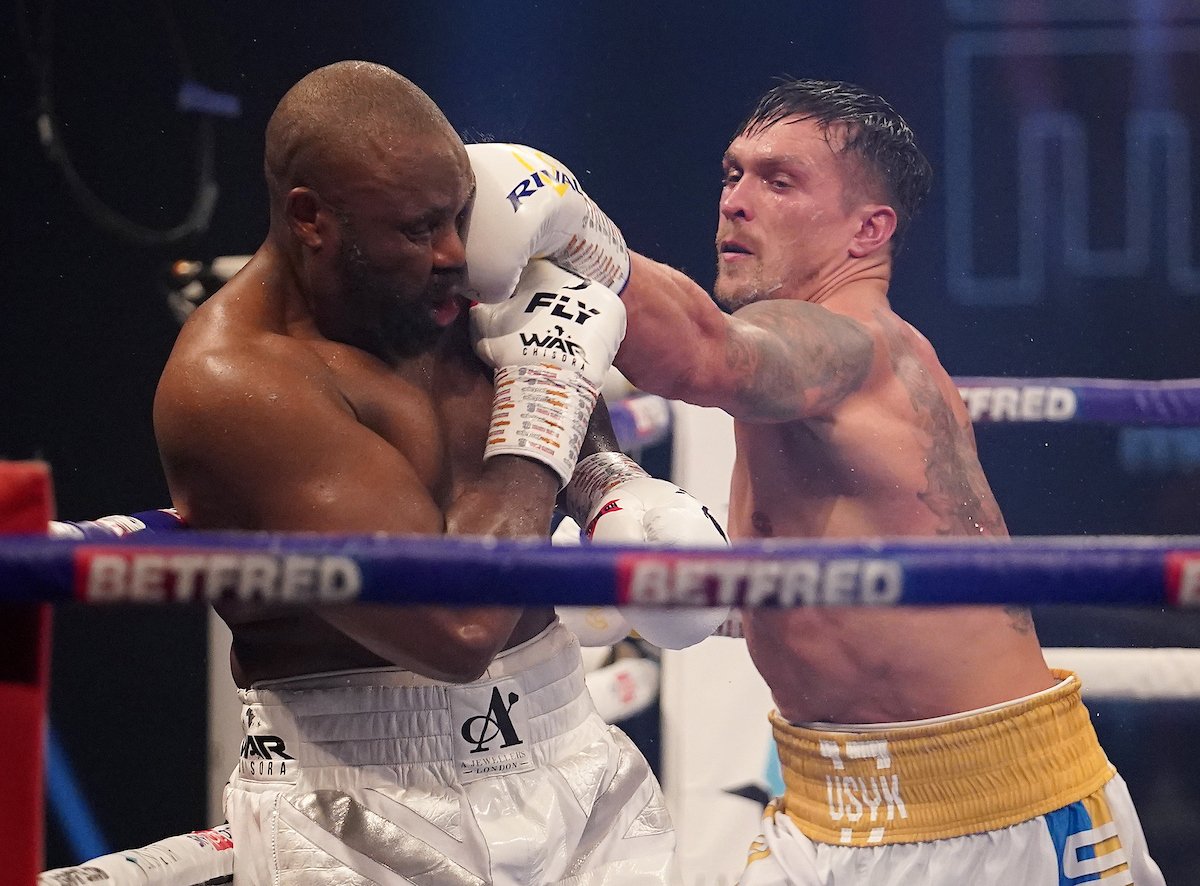 RTV: Is this anything new, though? Holyfield moved from 190 pounds to face much bigger men in Buster Douglas, George Foreman and Riddick Bowe. Holyfield knew what he was taking on, so shouldn’t the likes of Usyk and Gassiev be granted the same opportunity to become heavyweight champion?

MS: “I won’t contest your opinion. Holyfield is a legendary champion. I’ve said consistently that I’m not contesting that great champions can come up in weight and win. Although Holyfield fought a very overweight, out-of-shape Buster Douglas. The Bowe fights were wars. Holyfield is a great example of how a smaller heavyweight can compete and win, that’s not in question. Any fighter ranked at bridgerweight is eligible to fight for the heavyweight championship, there are fighters that have the ability to be successful. We’re not addressing the exceptions, we’re addressing the universal fighter, defined within the range of weight and height, that will be able to compete in a safe and just atmosphere.”

RTV: So, going forward, if a fighter is between 200 and 224 pounds, they can still fight for the WBC heavyweight title?

MS: “Yes. Every fighter ranked at bridgerweight is eligible and may fight for the heavyweight championship.”

RTV: So that would mean the fighter would be ranked in two divisions?

MS: “No… we’re going to rank… this is going to be a process that will take some time. I’m open to ranking fighters in two divisions but that will create a lot of confusion and complications.”

RTV: Yes, that’s why I ask the question. If you have a fighter that can fluctuate between bridgerweight and heavyweight, then you wouldn’t have a choice but to rank them in two divisions, right?

MS: “We’re not close on how we’re going to administer this. We’ve talked to some fighters, smaller heavyweights, that would prefer to be ranked in the heavyweight division because they are looking to fight for that title. It’s going to be an ongoing process, it’s going to take time, and we feel very good about it.

“Let me tell you, at the latest WBC annual convention in August (streamed live online due to the COVID-19 pandemic) we talked about this. This convention is open to anyone to participate. The news on a new division came out, we talked about it, we appointed (former WBC cruiserweight titleholder) Tony Bellew as the ambassador to look into this, and I’ve done several interviews and made several comments. Not one single person, not one fan, not one journalist, not one person from the boxing world contacted the WBC with an objection.”

RTV: Okay, but when the news came out in the open, particularly through social media, it was met with hostility and ridicule.

MS: “I understand, and I’ll take that and I’ll accept it. This is not a popularity contest. I’m telling you about our process and nobody put forward an objection or an opinion. I don’t know if the laws are the same in the U.K., but when a new law is introduced in Mexico, they give you 30 days to pass comment. We’ve been public about this, very open about it.” 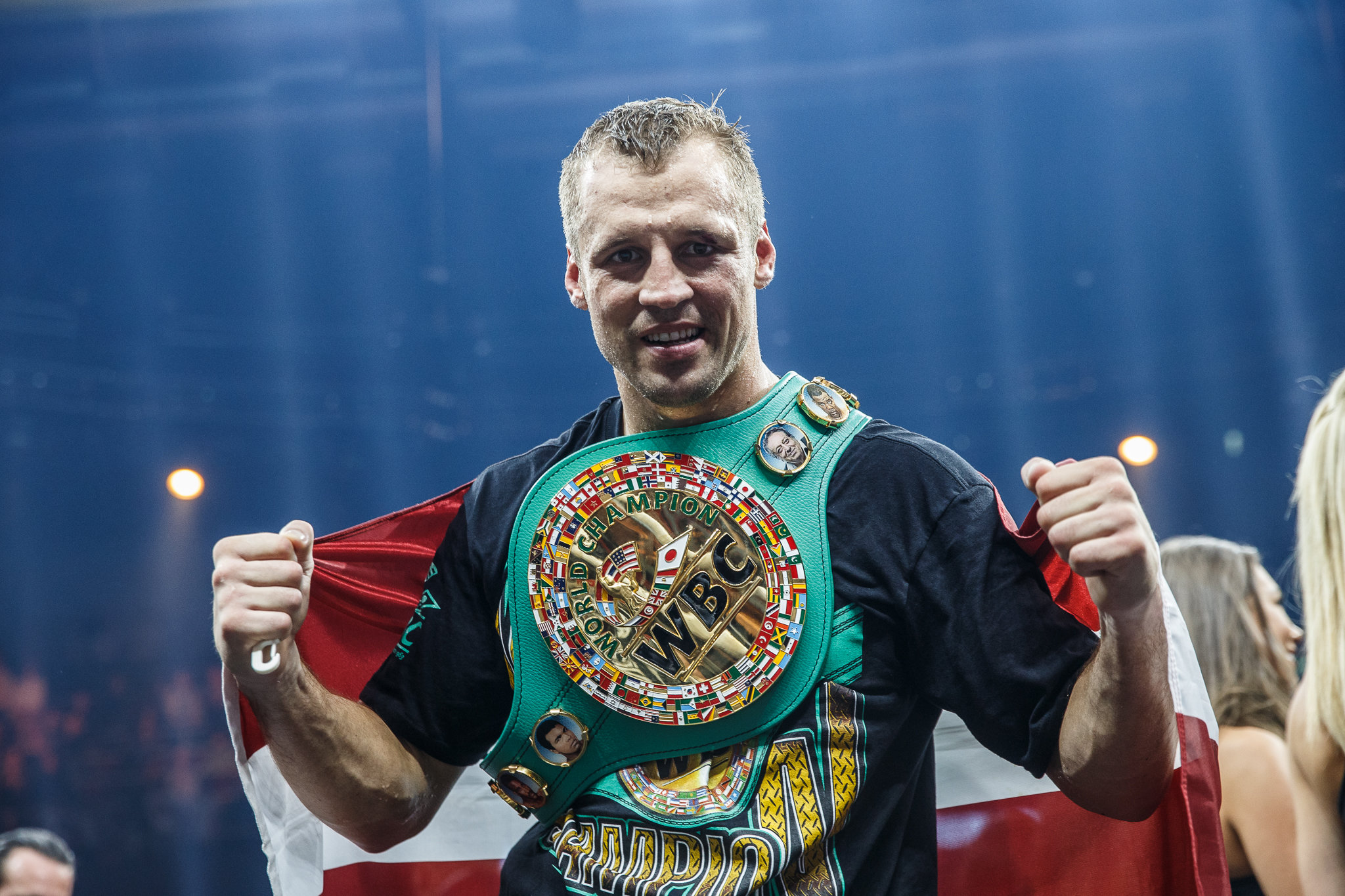 RTV: I understand, but do you need to adhere to this specific deadline, or has the hostile reaction on social media tempted you to change your mind? Or is it a case of, ‘You had your chance to complain in August, we’re going our own way!’

MS: “Absolutely, we’re going to continue. This is not a popularity contest. I’m used to getting ripped on social media. I don’t read it much, and as soon as someone makes a personal attack, that’s the end of it.”

RTV: You said you’ve had fighters that want to remain ranked at heavyweight. Have you had fighters who have proactively asked to be rated at bridgerweight?

MS: “We’ve had a good response from fighters that will be rated at bridgerweight. There’s already been petitions for fights for the international title, the silver title, the world title. We already have that in the works.”

RTV: Do you expect the other governing bodies to follow suit with the bridgerweight division?

RTV: History shows that governing bodies do follow suit when a new division is conceived. Would you expect it to happen?

MS: “I don’t know, but I am certain that this division will be a reality and it will have great activity. If the other organizations accept it, then that would be very good.”

RTV: If you have a champion, the natural step is for that fighter to unify. They need something to unify, right?

MS:  “Every change that the WBC has implemented over the years has eventually become universal. The change from 15 rounds to 12 rounds, the change to day-before weigh-ins, mandatory drug testing after bouts, the abolition of six-ounce gloves. Every change has had resistance, every change has been critiqued and attacked, so I’m not concerned. I’m used to being on what’s perceived as the wrong side, but, as I’ve said, this is not a popularity contest. I don’t care about recognition. I care when someone gives me a valid point, a valid concern that can be addressed because then we can discuss it. But if someone comes with an attack and there’s no reasonable way of responding, then we’ll leave it at that.”

RTV: Some people have suggested that this is a business decision, that the WBC is looking to obtain sanctioning fees from all of the titleholders that the division will generate. How do you respond?

MS: “That’s not factual, and people say this generically. They don’t care what the subject is, whether it’s bridgerweight, whether it’s sanctioning of fights, whether it’s putting out a T-shirt for charity. Anything we do, it’s like a copy-paste response: ‘money-grabbing machine’ or ‘WBC corrupt.’ I don’t care about that. I sleep every night very comfortably because I know that what we’re doing is for the best. I categorically deny that this is a financial decision.”

RTV: And finally, what would you like to say to fans and media regarding the WBC’s new bridgerweight division? How will the sport benefit? What do you see in the future?

MS: “I think we’ll see some great action from some fighters that are strong and solid. I’m very enthusiastic. There’s nothing like the heavyweights, but this new division will generate a stage for good athletes to compete and provide good action for the fans. My guess is that we’ll see a new champion in the first quarter of next year.”