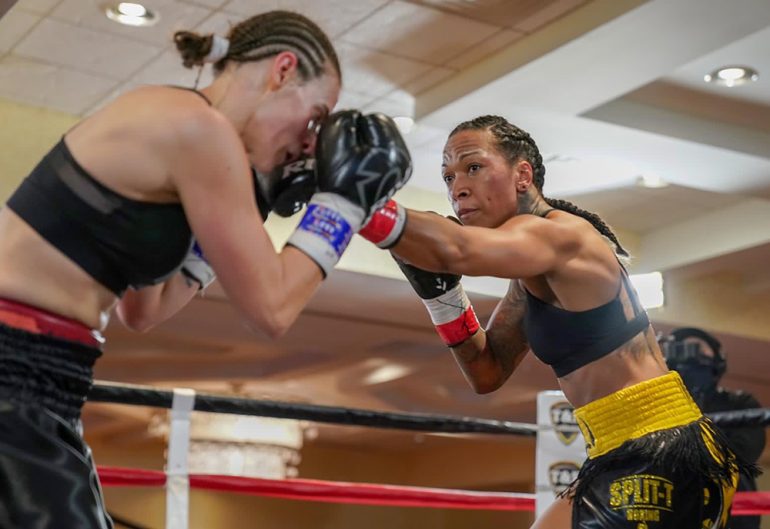 In a stark contrast with the previous weeks in which multiple high-profile female fights have failed to translate into many significant changes to our rankings, this week’s most relevant female bout resulted in a decision that propelled not one but two female warriors into The Ring’s women’s ratings.

A former WBC 160-pound champ who lost her title in her first defense, Reis now moves into the No. 5 spot at her new weight after a majority vote from the panel. She replaces Melissa Hernandez, who has been inactive since April 2019.

“Reis is a true journeywoman in the sport and never walked away from tough fights from early on in her career, so I am very happy to include (her),” said panelist Malissa Smith.

Argentine writer Yesica Palmetta provided further rationale for Hernandez’s exit by indicating that she was dropped from the rankings “not only due to inactivity, but also because Hernandez has been announcing since the beginning of the year the possibility of fighting with Mikaela Mayer. That fight was going to take place this year and was called off. We will have to wait, but it is clear that Hernandez will look for opportunities in a different division.”

Reis’ new position at 140 created an opening at 147, and the panel agreed to give Argentina’s Victoria Bustos the No. 5 spot, while moving Ornella Domini to the now vacant No. 4 spot previously occupied by Reis. But the decision was more of a decantation than a clear and obvious choice.

“We do not have great candidates in this division,” argued Palmetta. “Ogleidis Suarez is out, because the Venezuelan made her last presentation in another division. Chevelle Hallback seems to me to have a much bigger career than Victoria Bustos. The two boxers have been inactive for almost a year and the two faced great rivals. I vote to incorporate Chevelle Hallback in recognition of her career.”

“I feel that Bustos has more battles than Hallback, who by the logic of age, will not stay in boxing much longer,” argued the Mexico-based writer in a vote that was echoed by the majority.