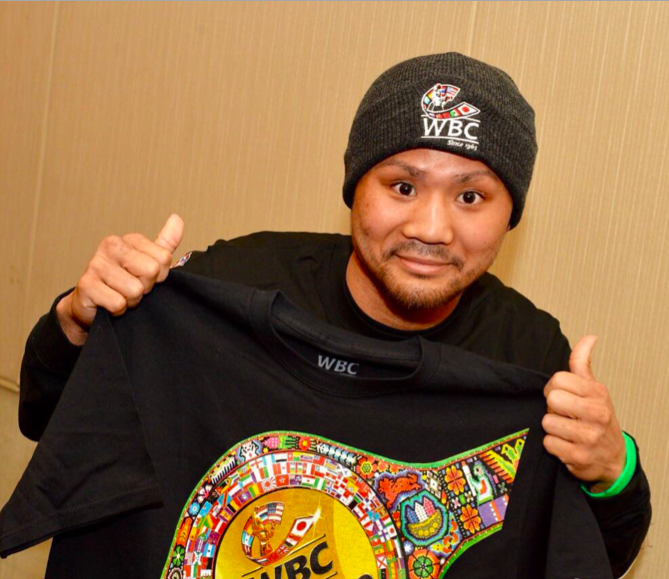 Former WBC flyweight titleholder Daigo Higa has been trying to patch his career back together after weight issues badly hurt him when he stunningly lost his title to Cristofer Rosales in April 2018. After a 22-month hiatus Higa returned up at bantamweight and was able to get back to winning ways in February.

“I see this fight as a check-point, that I have to get over, to keep me on the right track for a world title fight,” Higa told The Ring through Hank Hakoda. “I enjoy a friendship with Tsutsumi outside the ring, going out for meals together, once in a while.

“I have no particular feelings about fighting him again as well as no personal feelings once we go into the ring.”

The power-punching 25-year-old (below) lost twice against Tsutsumi in the amateur ranks. That experience has helped him prepare for this fight. 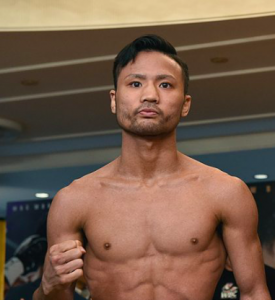 Higa had weight issues that hurt him in the Rosales fight, and it seems he’s past that, headed to a Monday scrap.

“[Tsutsumi] has a well-organized fighting style,” he explained. “He is studious and is a boxer who comes in and does what his opponents do not like with his unusual movements and timing.

“I do not know his weakness; he has not fought a lot as a professional. I would say he is not a very flexible fighter. I do not know how he will fight me yet. I will start with a jab, which is a key, to see what happens and then go from there.”

The muscular Japanese wrecking ball, who has prepared for several months in Yokohama with head-trainer Joji Nogi, hopes to use this fight to catapult him back toward the upper echelons of the sport.

“I only want to be a world champion again,” he said. “I am willing to fight anybody for the belt and I have no preference about which organization it is.

“I will do my best, aiming for the top again. I am not thinking of any fighter, I am focusing on Tsutsumi, who is in front of me.”

There are some suggestions that if Higa is victorious he may appear on the undercard of the mooted WBO 115-pound superfight between Kazuto Ioka and Kosei Tanaka, which is being targeted for December 31.

Tsutsumi turned professional in 2018. The 24-year-old won his first five fights, which included wins in Thailand and China before drawing with fellow unbeaten Kazuki Nakajima over eight rounds in January. Tsutsumi (5-0-1, 4 knockouts) should provide us with answers on whether Higa can recapture his old form that saw him win a world title.