Alex Saucedo: I can beat either Josh Taylor or Jose Ramirez 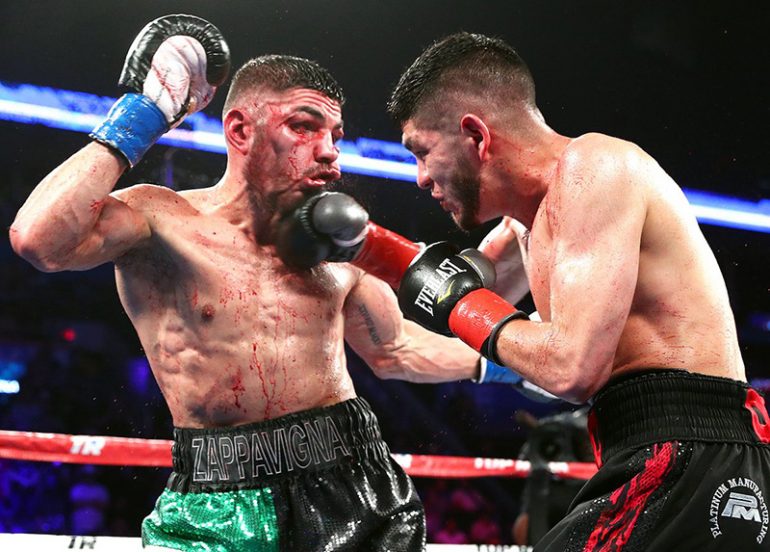 Junior welterweight Alex Saucedo was at a low point in his career following his stoppage loss to former WBO beltholder Maurice Hooker. Not only did Saucedo lose out on winning a world title but the loss took place before family and friends.

After taking time away from the sport and putting a new team together, Saucedo believes he can still fulfill his dream of becoming a major titlist.

For that to happen, Saucedo must defeat Arnold Barboza Jr., Saturday night, at the MGM Grand Conference Center, in Las Vegas, Nevada. The 10-round title eliminator will precede the lightweight championship unification bout between Vasiliy Lomachenko and Teofimo Lopez.

Both fights, along with the super middleweight bout between hard-hitting Edgar Berlanga and Lanell Bellows, will air live on ESPN (10 p.m. ET/ 7 p.m. PT).

Saucedo (30-1, 19 knockouts) most recently fought on June 30, also at the MGM Grand Conference Center “Bubble”, defeating Sonny Fredrickson by unanimous decision. The fight took place almost seven months after knocking out Rod Salka in less than one round, courtesy of a body punch.

After the loss to Hooker in November 2018, which took place in Saucedo’s hometown of Oklahoma City, he split with Abel Sanchez and began working with trainer Pedro Neme. Saucedo believes that the time with Neme has made him a better overall fighter and not just a one-dimensional puncher.

“I was pleased with what I did in my last fight,” Saucedo told The Ring on Wednesday, over the phone. “Obviously we still looked at what we needed to work on. My jab was very effective. I was able to utilize lateral movement and be effective by landing combinations. I thought I did well going to the body as well. I wanted to show what I was capable of doing and thought I fought well against Fredrickson.”

Saucedo will have his hands full against Barboza (24-0, 10 KOs), who resides in Los Angeles and is ranked No. 8 by The Ring at 140 pounds. Barboza defeated Tony Luis, of Canada, in his most recent bout on August 29, which also took place at the Bubble.

Because of their aggressive style that includes throwing a high volume of punches, a high-action fight is expected and could possibly steal the show on the ESPN telecast. Due to of the added elements to his skill-set from working with Neme, Saucedo is confident that he could fight any type of fight against Barboza and come out victorious. 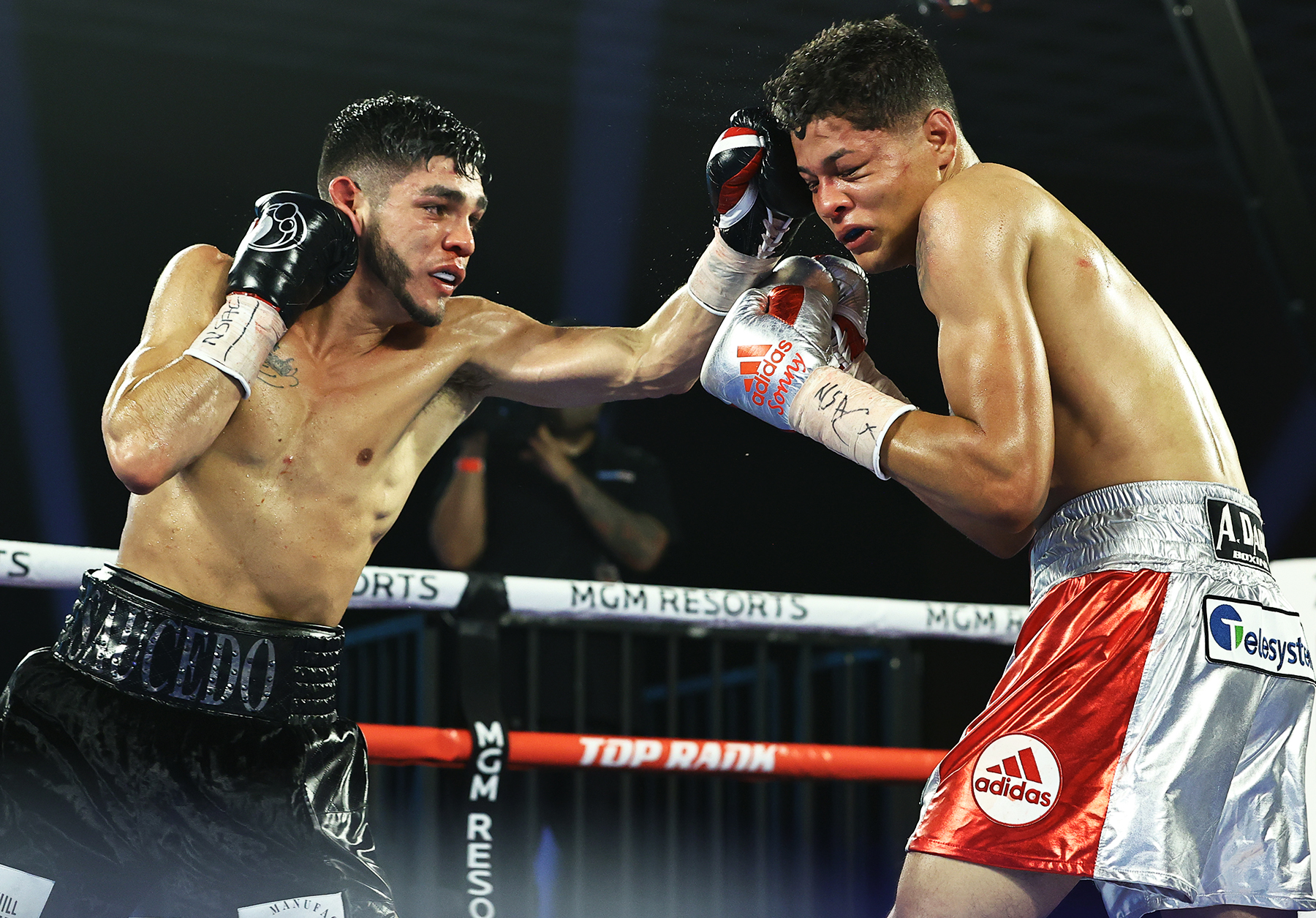 “I’m not going to take anything away from Barboza,” said Saucedo, who is managed by Sam Katkovski. “He’s a good fighter and he can box. I’ve seen some fights where he has gotten hurt and the opponents don’t follow up. I am ready for whatever he brings Saturday night. If he wants to stand and fight, we can do that. I can show off my skills. If he wants to box, I can box as well but I can also cut off the ring. We’ll see what he brings to the fight.”

Saucedo was considered a top prospect after beating modest opposition on “Solo Boxeo” telecasts from 2015 and 2017. His back-and-forth war with Leonard Zappavigna, which he would win by seventh round stoppage, in June 2018, earned him the mandatory opportunity to face Hooker.

After the loss to Hooker, Saucedo spent nearly a year away from the ring to recover and rest. The time he spent reassessing his career served as an epiphany that allowed him to see what he needed to move his career forward.

It may have been a low point but Saucedo is glad he made the necessary changes.

“It was the lowest point for me during these last couple of years,” said Saucedo, who was born in Meoqui, Mexico. “It woke me up. The time away from the ring told me what my career needed, everything from boxing to my personal life. I was glad I took that year off to rest my body. I got to focus on myself and on my technique and ability in the ring.”

Saucedo hopes a convincing win will put him in a spot to challenge Ring Magazine champion Josh Taylor, who also holds the IBF and WBA titles or WBC/WBO titleholder Jose Ramirez.

Despite fighting the tougher opposition on paper, in comparison to Barboza, Saucedo believes the obstacles he has had to overcome, bolstered by an improving skill-set, will be enough to be victorious Saturday night.

“I believe I’m one of the best fighters at 140 pounds. I honestly believe I can beat either Taylor or Ramirez. It’s just a matter of time.

“First things first, I have to beat Barboza. Then we’ll make our move against either fighter or whoever has all the belts if they do unify. These fights will happen. I’ll fight them anytime. I just want my opportunity to prove myself at the championship level.”