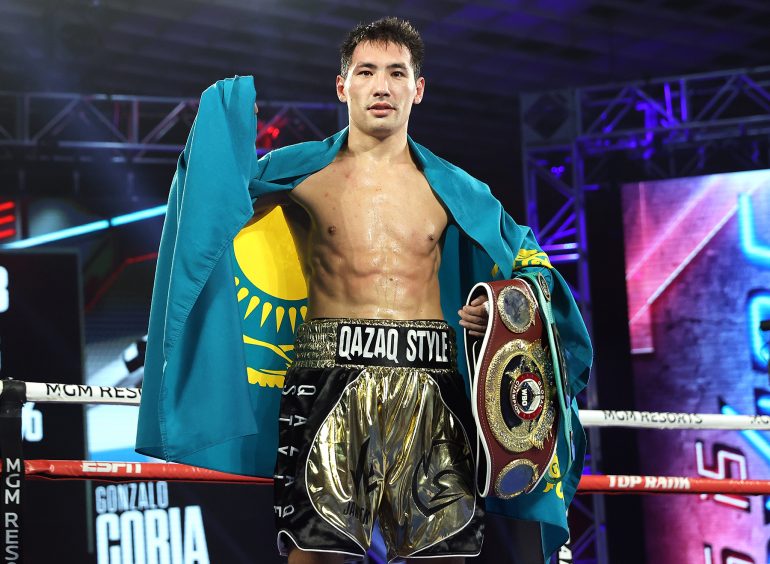 Janibek Alimkhanuly had an objective entering his middleweight fight against Gonzalo Coria Friday night on the chief undercard bout of the Emanuel Navarrete-Ruben Villa featherweight title fight from the MGM Grand Conference Center in Las Vegas.

No one ever stopped the 23-year-old Argentinian.

Alimkhanuly (9-0, 5 knockouts) made sure his point was made. 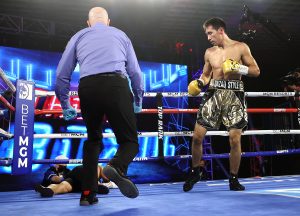 An Alimkhanuly counter left hand sent Coria down with around a minute left in the first. Coria took a knee and showed Ruiz he was able to continue.

“I want to fight a world champion soon, like Demetrius Andrade and Jermall Charlo,” Alimkhanuly said. “Canelo Alvarez, of course. Top Rank promotes Ryota Murata 160. I want to fight him as well. Whoever the top guys are 160, I want them next.”