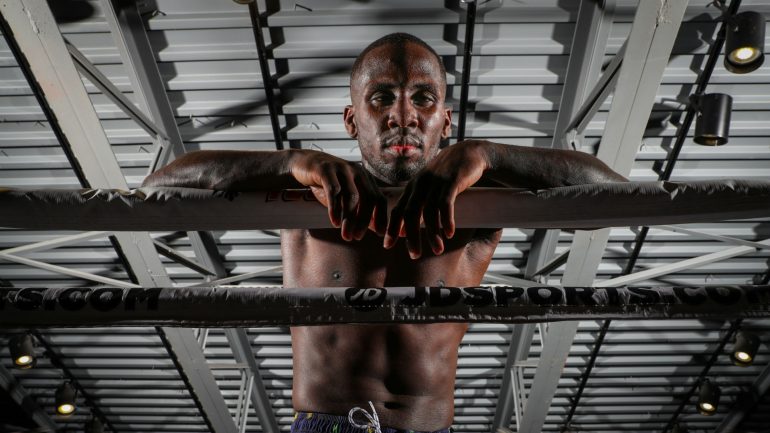 In an exclusive interview with The Ring, the 30-year-old Farmer (30-5-1, 6 knockouts) spoke about the frustration of the politics of boxing and how he’s still waiting for Diaz (31-1, 15 KOs) to give him a rematch.

“As of right now, there’s nothing on the table at this moment, and I think Jo Jo is looking for a way to get out of the rematch clause in our contracts,” Farmer said. “I had an immediate rematch clause, and I know for a fact he’s looking to fight someone else.”

Farmer lost to Diaz by unanimous scores of 116-112 and 115-113 (2). He saw his seven-year winning streak come to a halt, and he also knows a pro fighter has but so many quality fights in them.
Time is ticking.

Farmer, who turned 30 in July and started boxing when he was 19, would like to get back in the ring by the end of the year.

“It’s about politics and that’s why lawyers are involved with boxing,” Farmer said. “I’m still training at this point. I’m keeping myself in shape. Anyone with eyes knows I wasn’t myself that night (Jan. 30 in Miami). I haven’t even sat and watched the replay of the fight—and it was back in January.

“I have watched one or two rounds, but haven’t had the time to sit down and watch the entire fight. I have other business ventures, getting involved with real estate for the last couple of years. Real estate is something that I plan on doing after boxing.”

It’s also because Farmer has learned he cannot depend solely on boxing. He said his goal is to fight three times in 2021, and he’s navigated through the COVID-19 pandemic rather well. He’s built a gym in his home, and his team is still intact.

In August, Diaz has signed to an advisory deal with MTK Global, though he is still promoted by Golden Boy. Farmer, who is promoted by Lou DiBella, saw his four-fight deal with DAZN expire once was fulfilled with the Diaz fight. But Farmer hopes a new deal can be struck, and new opportunities can be created.

That starts with the Diaz rematch.

“The Jo Jo rematch clause that we signed says it’s supposed to be a DAZN fight, and I’ve had my share of being screwed over,” Farmer said. “I would rather handle this fight with my hands than in a courtroom.

“I’m also a world-class fighter, so my days of short-notice fights are finished. I’m set for money. What bothers me is that I was a world champion who gave an opportunity to someone who I didn’t have to give an opportunity to, and he’s not willing to give me that same opportunity.

“Jo Jo Diaz has to honor what he signed. Does that make sense? None of these fighters appreciate the opportunities that they’re given. I get the impression Golden Boy wants to do the fight again. The impression I have is that it’s Jo Jo who doesn’t want to do the fight.

“It’s not a matter of deserving a shot at a rematch. Jo Jo owes me the rematch.”