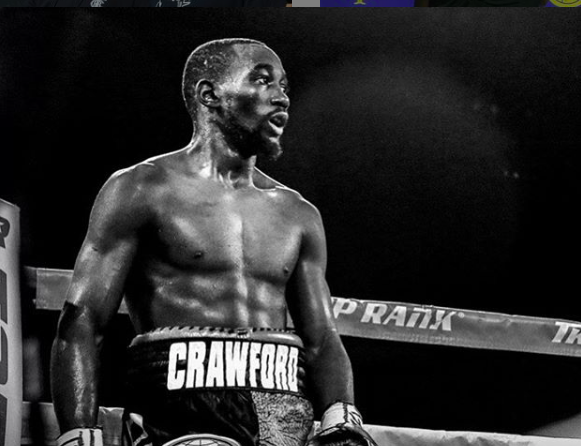 Crawford could look forward to a fight with Spence if things play out as many hope....
25
Sep
by Dan Rafael

With Top Rank chairman Bob Arum having finalized a highly significant lightweight title unification fight between Vasiliy Lomachenko and Teofimo Lopez Jr. to headline a Top Rank Boxing on ESPN card on Oct. 17, he has turned his attention to getting two more significant fights wrapped up.

Arum said both would headline their own ESPN-televised cards with Brook-Crawford ticketed for Nov. 14 and Berchelt-Valdez slated for Dec. 12.

Both fights would likely take place at the MGM Grand in Las Vegas, where Top Rank has been operating for all of its events since it began running shows without spectators during the coronavirus pandemic in June. Arum said, however, that depending on the situation with the pandemic it is possible that there could be limited fans permitted at the bouts.

“For Crawford, there’s a remote possibility of maybe doing the fight in Omaha, but ESPN is (owned by) Disney and all the protocols and safety measures have to be approved by Disney because their crews are the ones there to televise the fight,” Arum said.

“With Crawford-Brook, we are finalizing everything. It’s not done yet but I do not foresee a problem. Crawford’s side is OK with everything and with Brook we’re fussing around a little bit with the U.K. (broadcast) rights, but it’s not a big deal. With Berchelt-Valdez it hasn’t been papered but everything has been agreed to.”

Arum said the co-feature of Crawford-Brook would be a rematch between junior bantamweights Joshua Franco and Andrew Moloney.

Crawford (36-0, 27 KOs), who turns 33 on Monday, will be making the fourth defense of his welterweight world title. The three-division titleholder and one of boxing’s pound-for-pound best is coming off a ninth-round knockout of Egidijus “Mean Machine” Kavaliauskas in December at Madison Square Garden.

Although Crawford dominated most of the fight, Kavaliauskas landed his share of blows and appeared to score a knockdown in the third round, although referee Ricky Gonzalez ruled it a slip.

“If Terence performs like he did against Kavaliauskas, he could be in big trouble against Kell Brook. He got knocked down by Kavaliauskas,” Arum said.

Arum said if Crawford defeats Brook and unified welterweight titlist Errol Spence Jr. defeats former titlist Danny Garcia in their Fox PPV main event on Nov. 21, he hopes to make a Crawford-Spence showdown, which looms as one of the biggest fights in boxing.

“If Crawford and Spence get through their next fights then the hope is — and we’ve had preliminary talks about it with (Spence representative Premier Boxing Champions) — that they would fight each other on a pay-per-view with the benefit of ESPN and Fox doing it in similar way we will be doing and have done with Tyson Fury and Deontay Wilder. That creates firepower for an event.”

England’s Brook (39-2, 27 KOs), 34, traveled to Carson, California, in 2014 and outpointed Shawn Porter to take his world title and successfully defended it three times before suffering back-to-back stoppage losses to Gennadiy Golovkin, for whom he moved up two divisions to challenge for the middleweight title in 2016, and Spence, in a 2017 fight that cost him his welterweight belt.

After losing to Spence, Brook was idle for 10 months, mainly recovering from a broken orbital bone suffered in the bout. Then he moved up to the junior middleweight division, where he has won three fights in a row. Most recently, he looked sharp knocking out American Mark DeLuca in the seventh round in Sheffield on Feb. 8.

Berchelt (38-1, 34 KOs; below), 28, of Mexico, would be making his seventh title defense against countryman Oscar Valdez (28-0, 22 KOs), 29, who vacated his featherweight belt after six defenses and has won two fights since in his new division. 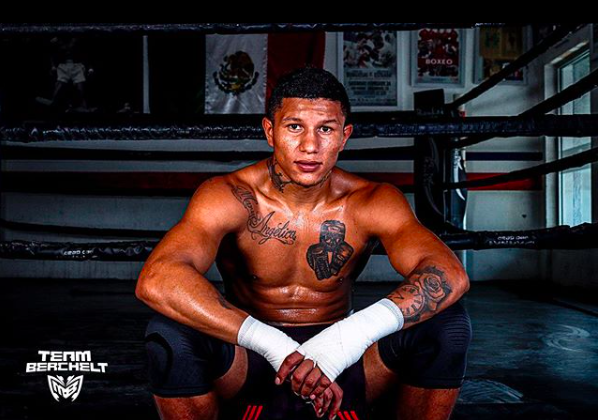 Frank Espinoza, Valdez’s manager, told The Ring, he was confident the deal would be finalized.

“It’s not signed yet but we are optimistic the fight is going to happen,” Espinoza said. “With the pandemic you’re not going to get the crazy money but we want the fight and we’re excited about the fight.”

Arum said he could see no way it would not be a classic all-Mexican action fight.