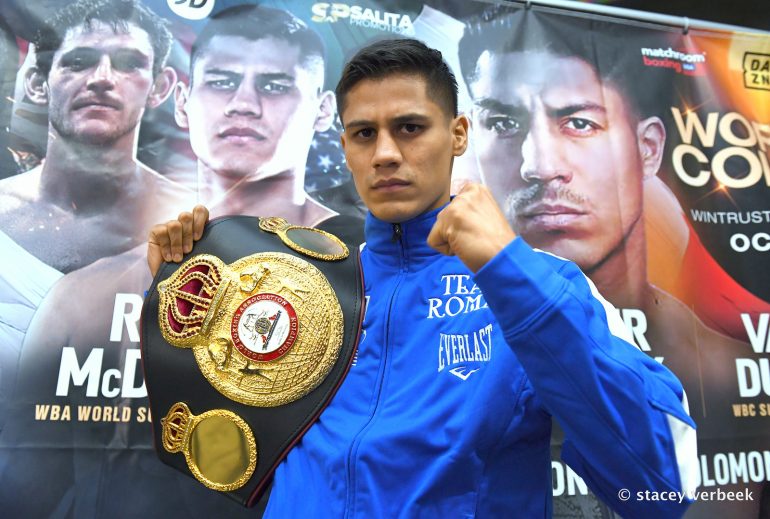 Daniel Roman hesitated. He did not know exactly how to answer the question. It’s something no fighter, especially someone like Roman, never likes to answer.

Roman, 30, is coming off his first loss in seven years. He gets a chance at redemption when the former two-time junior featherweight titlist battles Juan Carlos Payano this Saturday night on a Showtime Pay-Per-View special doubleheader (7 p.m. ET/4 p.m. PT) featuring the Charlo twins.

Roman (27-3-1, 10 knockouts) and the 36-year-old Payano (21-3, 9 KOs) are on a collision course. Roman lost his belts by split-decision to Murodjon Akhmadaliev in January, and Payano has lost two of his last three fights.

Will this fight mark the end for the loser?

It’s a question no fighter certainly wants to field prior to a fight. But it’s certainly a motivating point.

“This is going to determine if I still have it or not, and I know I still have it,” Roman said. “If you lose, yeah, those thoughts of retirement go through your mind. You can say it is like you’re looking over the cliff (of your career) and this fight does add a special motivation.

“You think, this could be my last fight. Now, you never want to go out like that.”

Roman admits he shut himself off after the Akhmadaliev loss. Being a champion, aware of the road he climbed to get there, it was a harsh reality to accept.

He stepped back and beat himself up more than Akhmadaliev did.

“I’m the type of person who keeps everything to himself,” Roman said. “Your mind goes through loss. My family saw something was wrong, because I was repeating the fight in my mind for a couple of weeks.

“I’m my biggest critic. You can say for the first couple of months, I didn’t even watch the fight. I think I sat down a month later to watch the fight. I saw two rounds and it was off. I did a lot of cursing at myself at the TV screen (laughs). I watched it by myself.”

But Roman feels he’s better because of what happened in January.

He’s a former champion who carries a wealth of pride and character, but he is 30 and he has been through some wars, he’ll admit.

Every once in a while, it’s good to get slapped across the face. Roman accepts that.

“You’re going to see a completely different Daniel Roman on Saturday night,” Roman said. “From my losses, I always improve. I think I’ve improved from the last fight, and I am better. I haven’t lost in seven years and it’s time to move on and see what’s coming forward.

“You can say this is a more improved Danny Roman, who will be trying to take heads off. My team is still the same.”

If Roman wins, he could face the Luis Nery-Aaron Alameda winner, who will be fighting for the vacant WBC junior featherweight title Saturday night. Akhmadaliev has the WBA and IBF belts, which he took from Roman.

Roman made it a point that there was only one person responsible for his loss to Akhmadaliev—and that’s him.

“When you lose, you have no one to blame but yourself, and I’ve always had that attitude,” Roman said. “I look within and believe. I know Payano is a quality fighter, who has lost to only quality fighters.