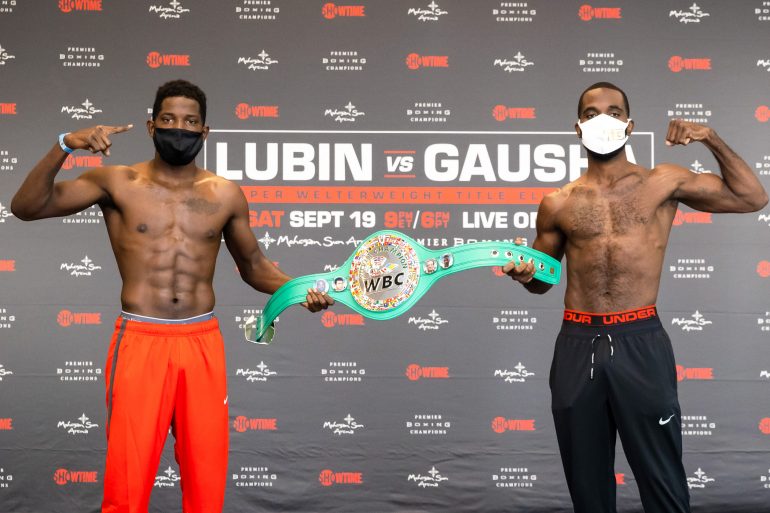 All photos by Amanda Westcott/SHOWTIME
18
Sep
by Ryan Songalia

Both Erickson Lubin and Terrell Gausha weighed in under the junior middleweight limit on Friday, ahead of their 12-round WBC title elimination bout on Saturday evening. 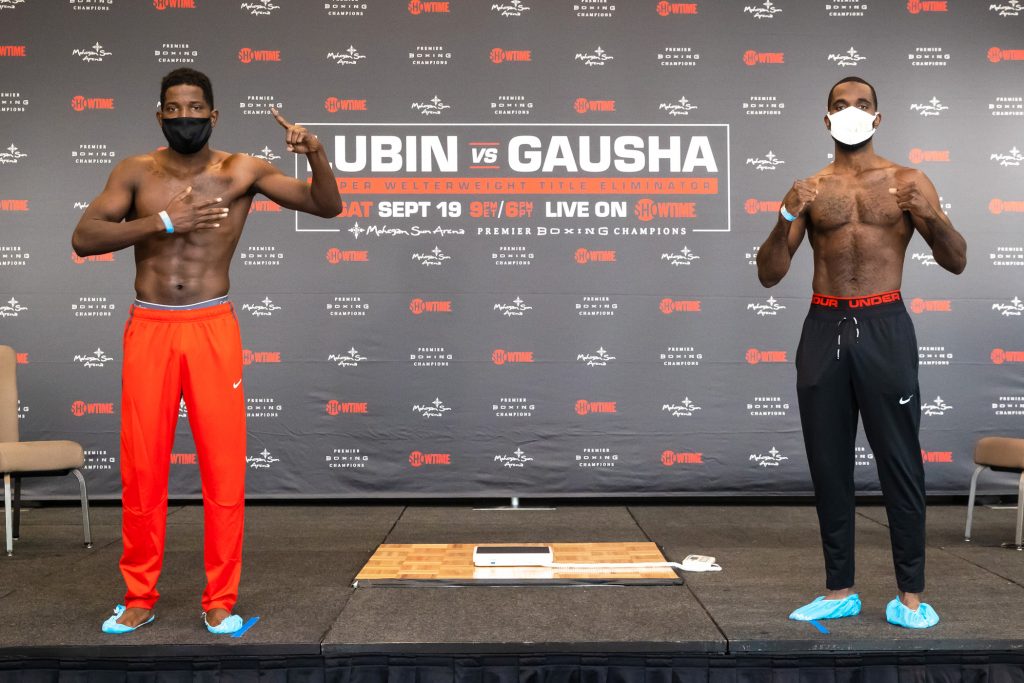 Lubin, 24, of Orlando, Florida has won his last four bouts since his lone defeat to Charlo, while Gausha, 33, of Cleveland, Ohio is coming off a draw against Austin Trout in his last bout, which took place in May of 2019.

The fight will headline a Showtime Boxing: Special Edition card from the Mohegan Sun Casino in Uncasville, Conn., beginning at 9 p.m. ET. The referee will be Connecticut’s Michael Ortega, with three N.Y. judges: Don Ackerman, Tom Schreck and John McKaie.

In ten-round featherweight action, Tugstsogt Nyambayar (11-1, 9 KOs) of Ulaanbaatar, Mongolia will try to rebound from his first pro defeat when he faces Cobia Breedy (15-0, 5 Kos) of Bridgetown, Barbados. Nyambayar, a 2012 Olympic silver medalist, lost his last bout, a unanimous decision to WBC featherweight titleholder Gary Russell Jr. in February, while Breedy is still stepping up in class. 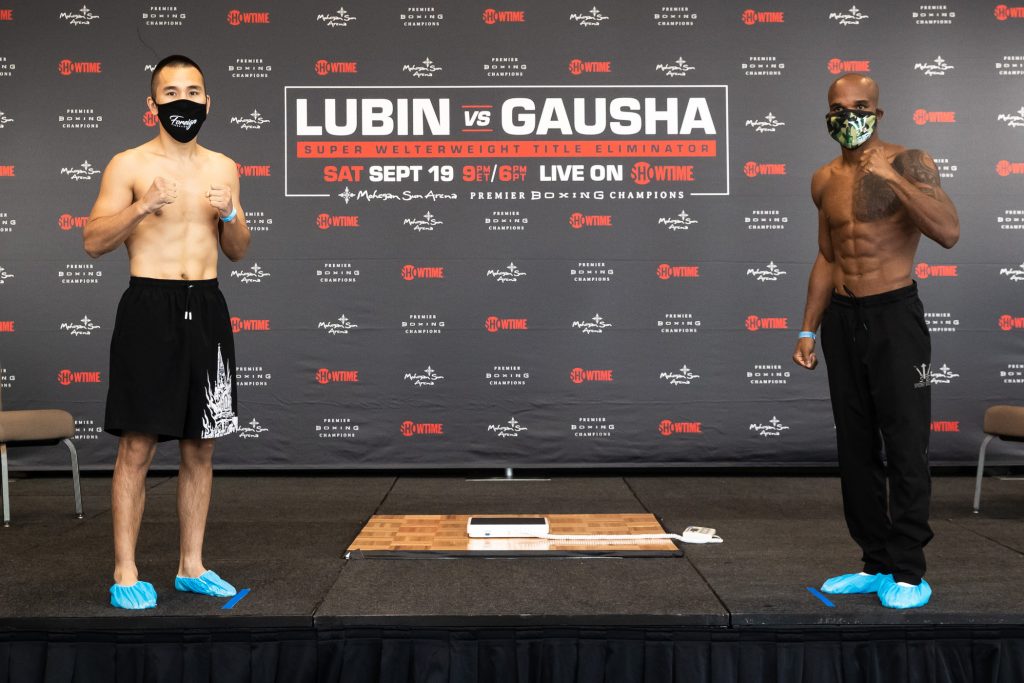 Both fighters weighed in at 125.5 pounds. The referee will be Dan Schiavone, and the judges will be Steve Weisfeld, Don Trella and Glenn Feldman.

The third fight on the card is the only one that didn’t go according to plan at the scales.

Jaron Ennis (25-0, 23 KOs) weighed in at 146 pounds for his ten-round welterweight assignment, but Juan Carlos Abreu (23-5-1, 21 KOs) wasn’t as precise, coming in over three pounds above the limit at 150 1/4. The fighters later agreed to fight at a catchweight, keeping the fight intact. 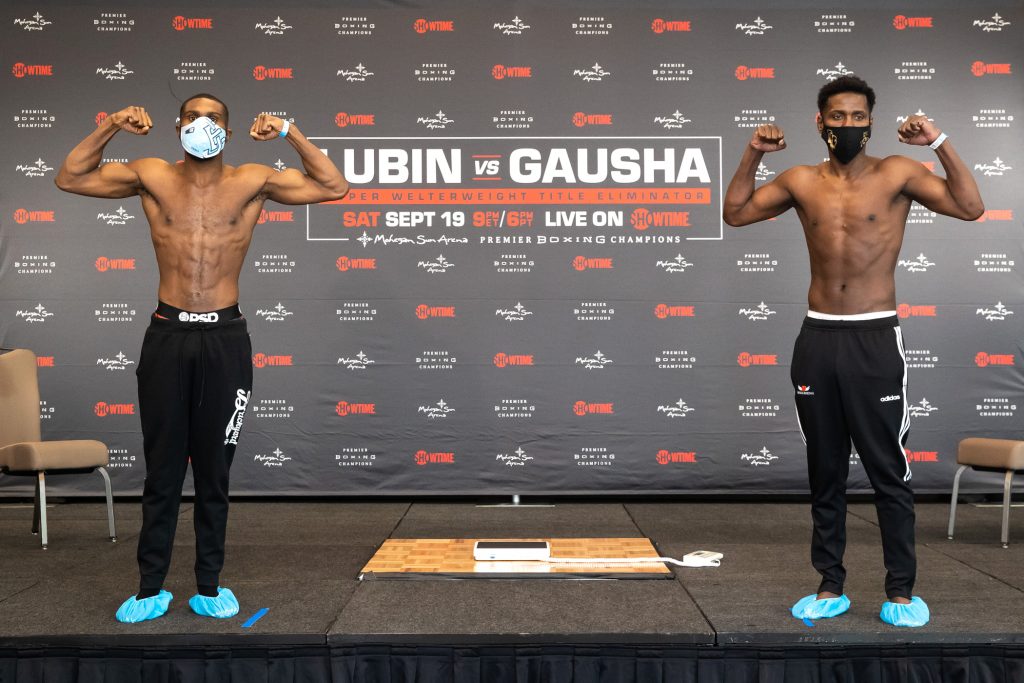 The referee for that fight will be John Callas, and the judges will be Don Trella, Steve Weisfeld and John McKaie.