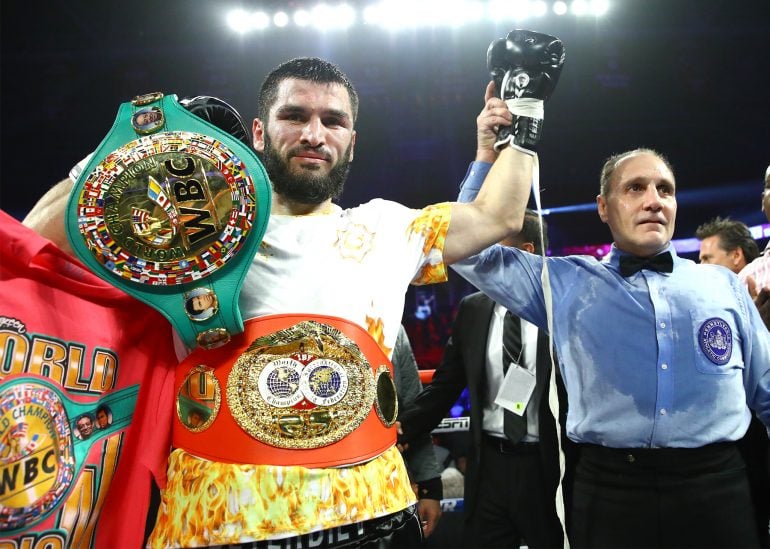 Artur Beterbiev will have to wait to make his first defense of the unified light heavyweight title after suffering a rib injury.

Beterbiev’s fight against German fringe contender Adam Deines, scheduled for October 23 in Moscow, Russia, has been postponed due to an injury, Top Rank announced Saturday night. The fight is expected to be rescheduled for later this year, the release adds.

Beterbiev (15-0, 15 knockouts) hasn’t fought since last October, when he overwhelmed Oleksandr Gvozdyk to unify his IBF belt with the WBC title Gvozdyk brought to the ring in October. Beterbiev is the no. 1 rated 175-pounder in The Ring’s rankings, while Deines (19-1-1, 10 KOs) is not rated by The Ring.

Deines hasn’t fought in about the same amount of time, and is coming off two wins since his lone defeat to Fanlong Meng in 2019.

The Beterbiev-Deines fight was set to headline one of five ESPN or ESPN+ fight dates announced by Top Rank for October.