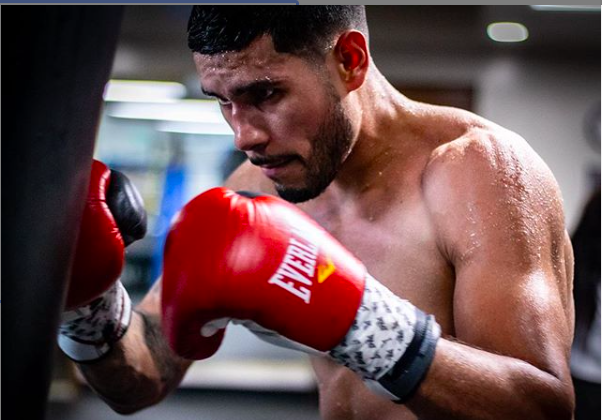 Arnold Barboza Jr has had a penchant for scoring knockout wins of late. He believes the added element makes him a better overall fighter and a more-dangerous fighter to face the top fighters at 140 pounds.

Barboza (23-0, 10 knockouts), who resides in Los Angeles, battered William Silva before knocking him out at the end of round five of his last bout, on November 30, 2019. It was Barboza’s third straight knockout victory and fourth in his last five bouts.

The 28-year-old, who debuted as a pro in 2013, credits a combinations of factors that have resulted in him displaying more aggression and power in the ring, resulting in more KO victories.

“It’s a combination of things,” Barboza told The Ring Monday afternoon. “I’m sitting down more on my punches and I’m taking my time more. Very early in my career, I would rush in and try to force a knockout. I would also hurt a fighter, but wouldn’t finish him. Now that I have more experience, I’m more accurate with my punches.

“A win’s a win. I’ve showed I can go the distance. My dad (Arnold Barboza Sr, who is also his trainer) has preached to let the knockout come. Don’t think about the knockout. He says to me ‘be you.’”

Barboza will face a modest challenge in Luis (29-3, 10 KOs), who resides in Cornwall, Canada. The 32-year-old has won his last 10 fights since losing to then-lightweight contender Derry Mathews in April 2015. 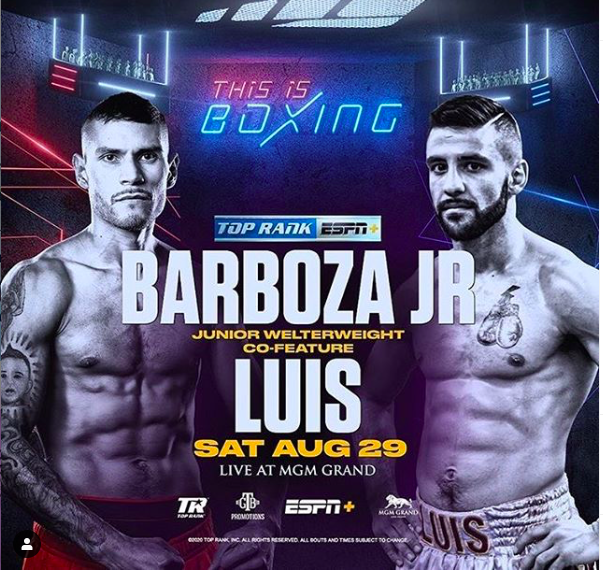 Despite being the favorite to win Saturday night, Barboza is not overlooking Luis.

“He’s a tough guy and he is coming to win,” said Barboza, who is ranked No. 8 by The Ring. “He wants to make the most of this opportunity and take my spot. Just like me, he’s going to come forward. It’s going to be an exciting fight.”

Barboza lives by the adage of ‘grind, fight, win.’ He believes it is more important to speak with his hands in the ring rather than use social media, a value that was instilled in him at a young age by his father.

“I stay humble,” said Barboza. “My dad is old-school and it rubbed off on me. That’s the way he is. No need to be someone I’m not. I am not on social media a lot. I don’t use it to call out people. I figure I will have more followers when I win big fights, including championships.”

An impressive victory over Luis could put Barboza in a position to face a legit contender later this fall or in early 2021. He believes he is already a contender based on the level of opposition he has beaten thus far.

As bigger fights await, Barboza seems quite aware that he must focus on Luis, the task at hand.

“As far as who I am, I think I’m a top-10 fighter. I think there are a few fighters who I have fought and they’re ranked higher than me. In my 18th fight, I faced and beat Mike Reed and (he’d fought Jose Ramirez right before me). When I beat him, I already thought of myself as a contender.

“Out of respect to Luis, I can’t say who I want to fight. We’ll see what offers are there after the fight. We’ll sit down and talk with Top Rank and (promoter) Bob Arum on what would be next.”